Using mask as a garbage matte to hide an object

For example, assume I want to add a box to this image, so that it would look like it's behind the person: 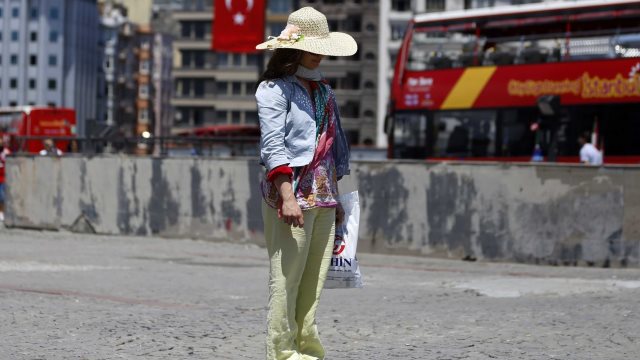 I created the following simple object: 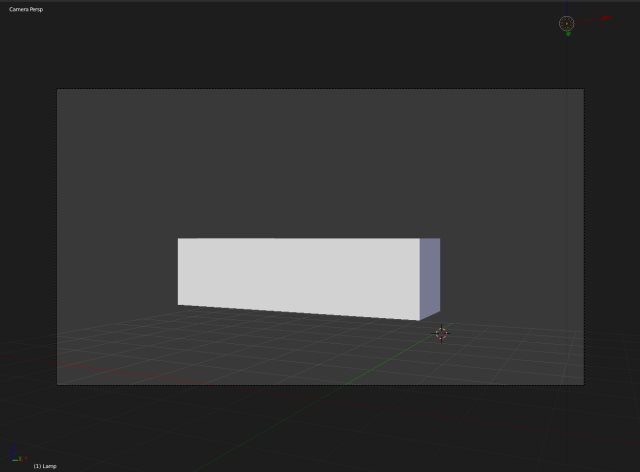 If I render the object, it looks great - the object is solid, everything else is transparent (I didn't use any 'sky'): 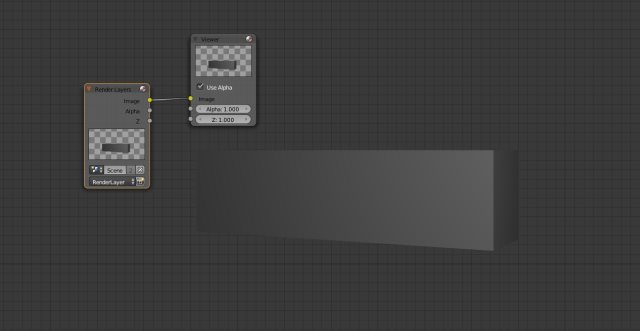 Now I create a mask to describe the standing person (or at least the part that would otherwise be covered by the box): 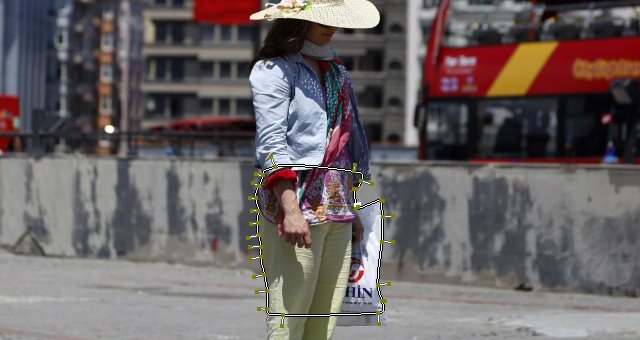 What I want now is to create a "hole" in the rendered box, so that when I use Alpha-over, the box look as if it's behind the person, but I can't find an easy way to do that. My first guess was to use 'Set alpha' to apply the mask (inverted) as an alpha for the rendered layer, but this doesn't look good: 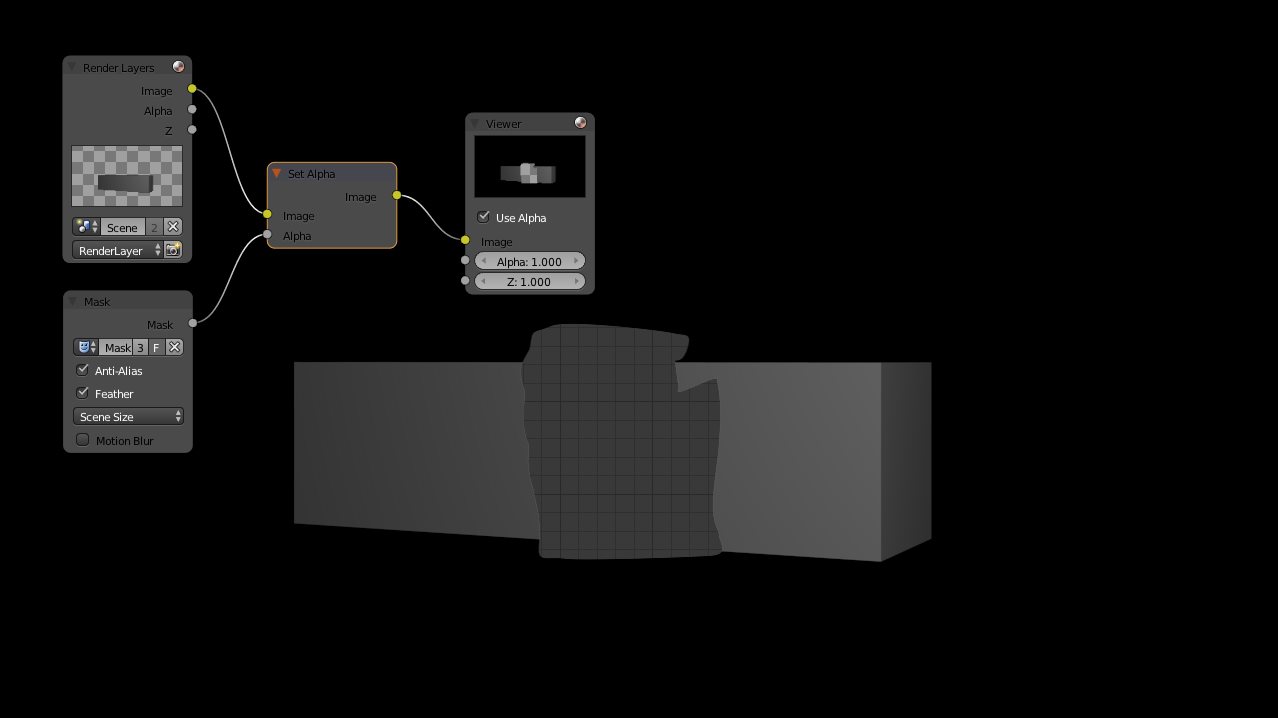 The mask did create a "hole" where it should, but now all the other pixels are not transparent. How can I "retain" the transparent pixels while setting more pixels to be transparent based on the mask (use it as a matte)?

Note: I can do this with (I'm ashamed to say) some math work on the alpha channel, but it just doesn't seem right: 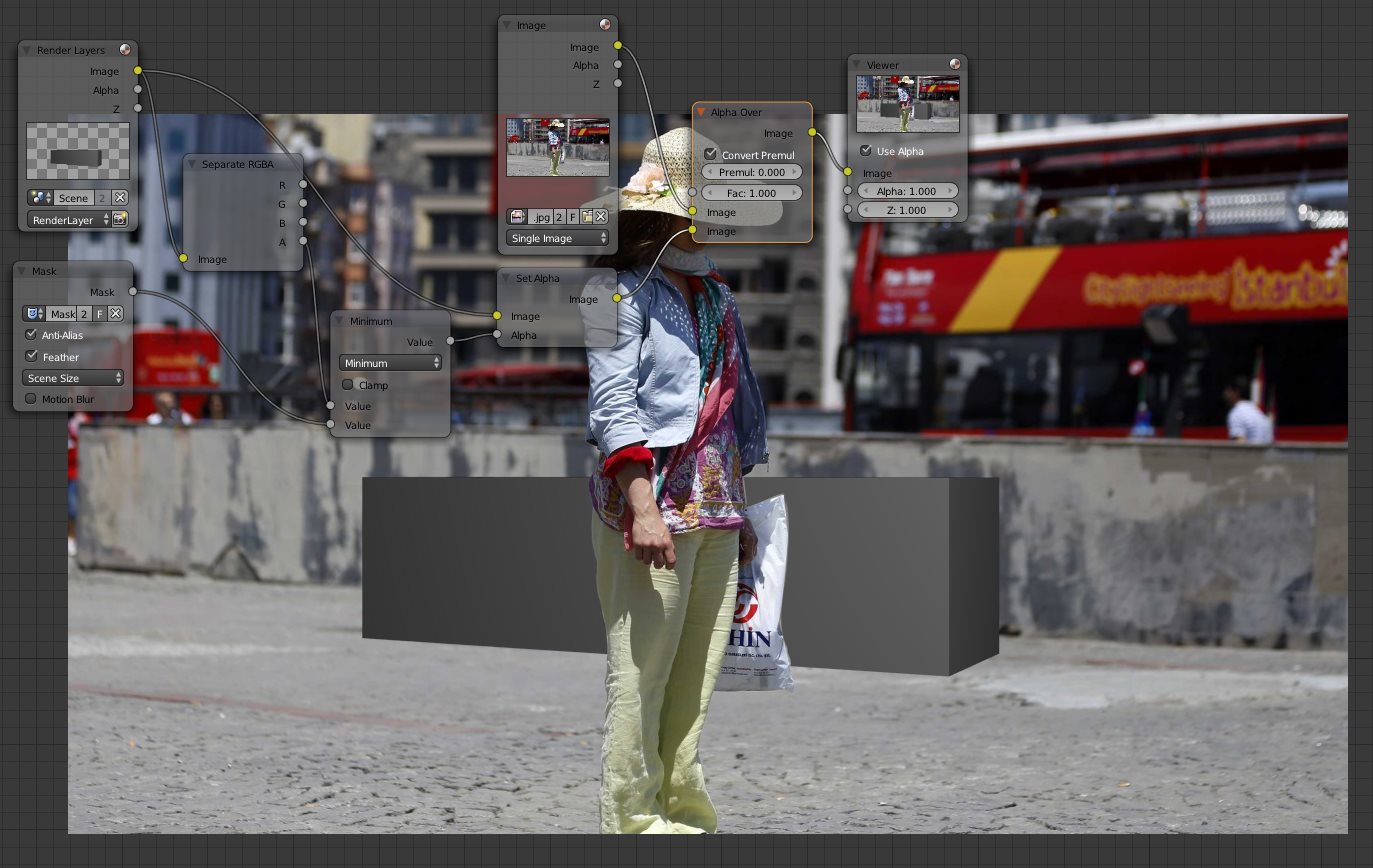 Thanks, and sorry for the [oh so] long question. 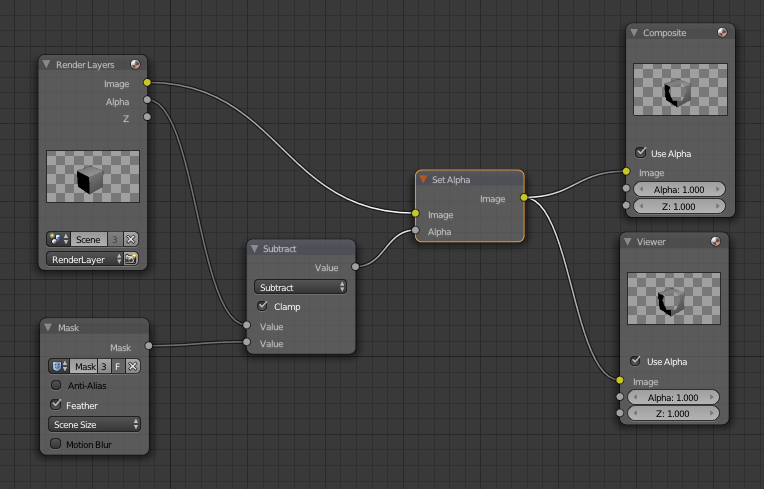 Which would result in: 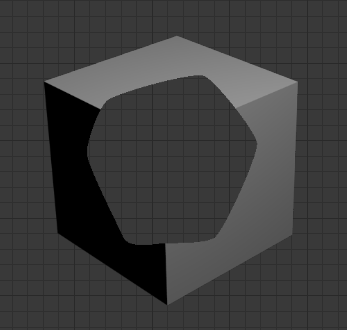 Based on this render and mask: 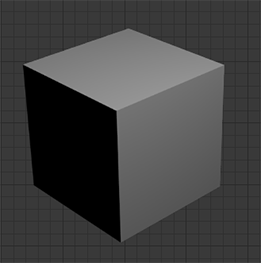 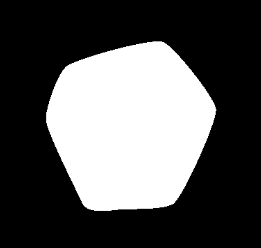 That's essentially what you're doing in your solution that doesn't 'seem right'. This is just a slightly simpler way of doing that.

Here are a couple more ways of doing this: 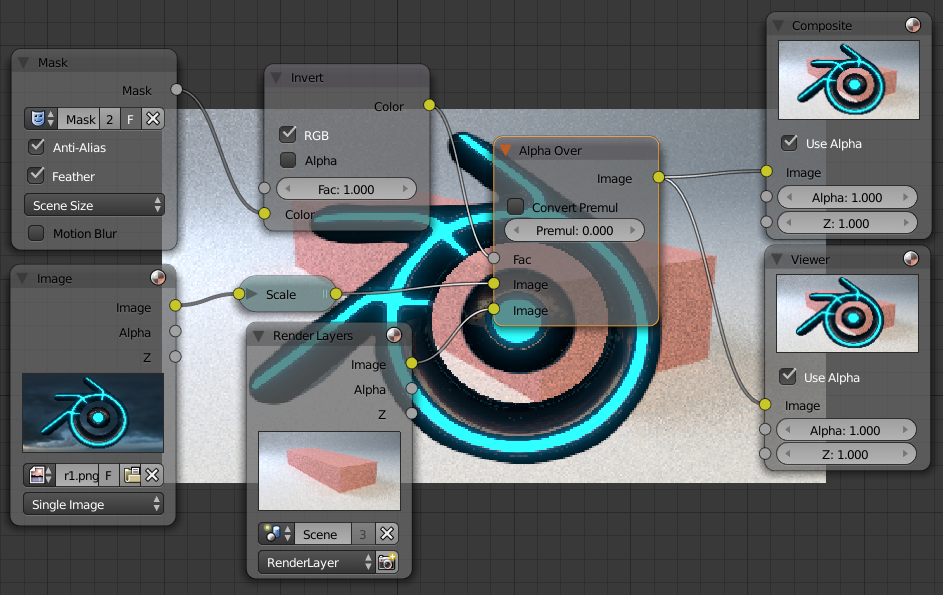 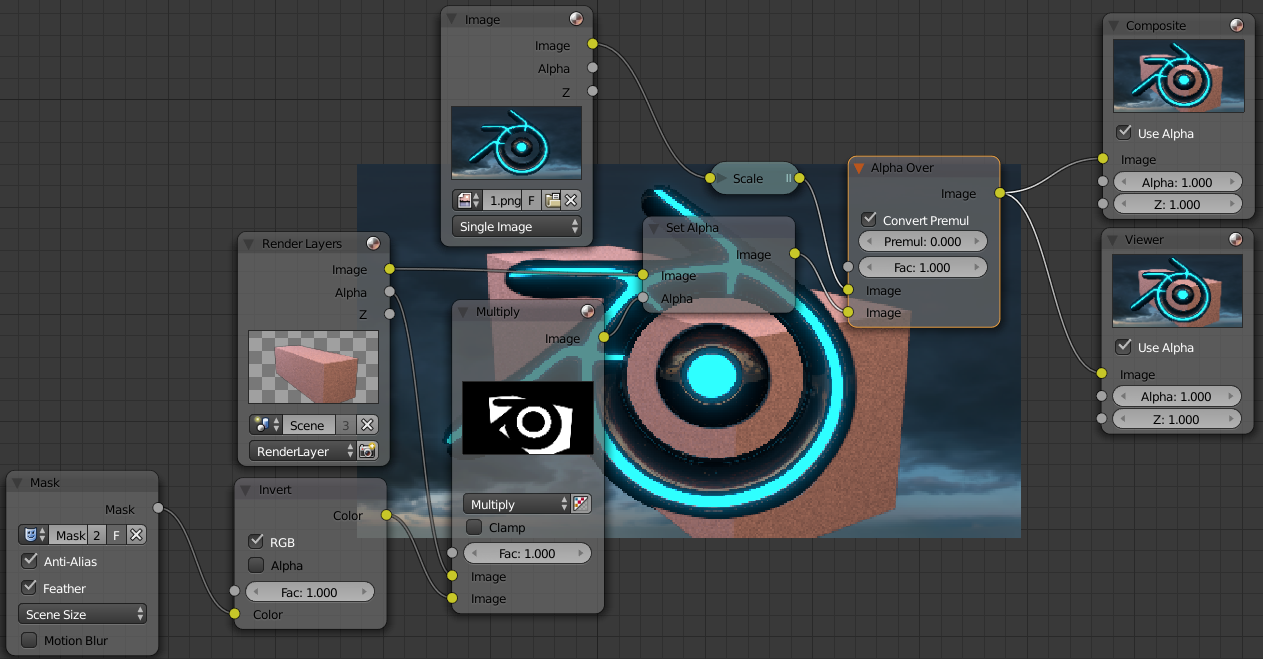 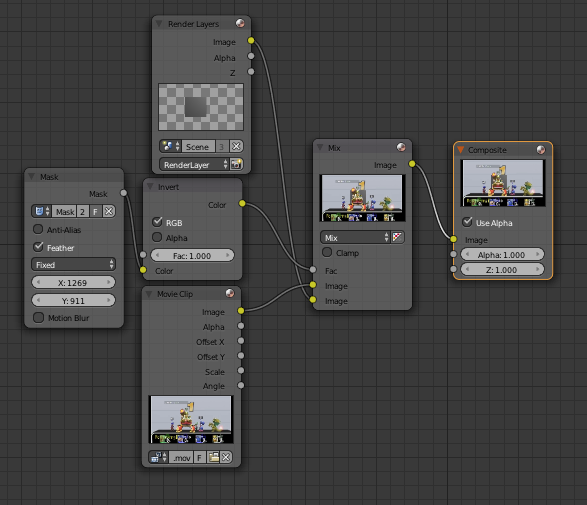 Mix the footage and the CGI using the (inverted) mask as a factor.

This is the result (I didn't have any live footage on my computer... so here's a red cube added to SSBB): 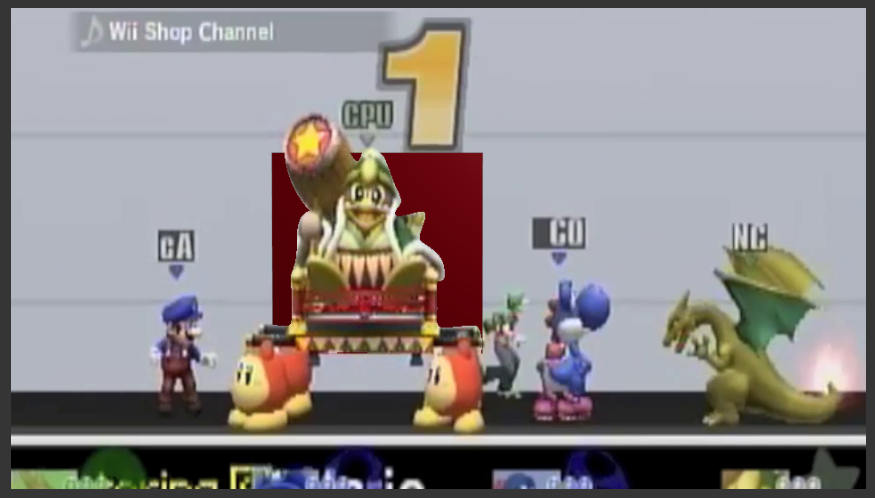 Here's an example of a mask cutting out the sphere behind me, but what if I want it to be removed? 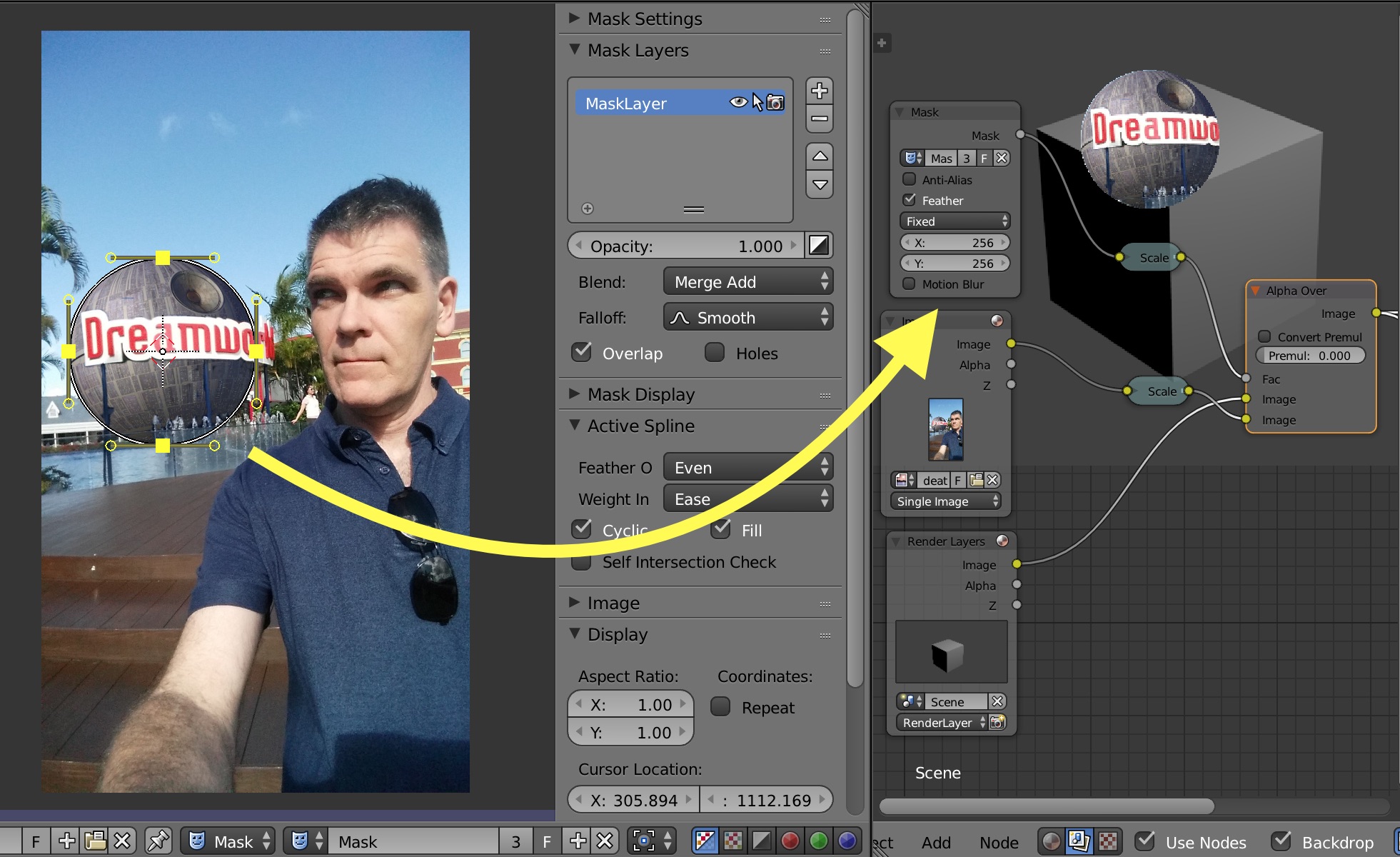 You can reverse the the mask opacity by simply clicking the little black/white icon in the mask tool properties. 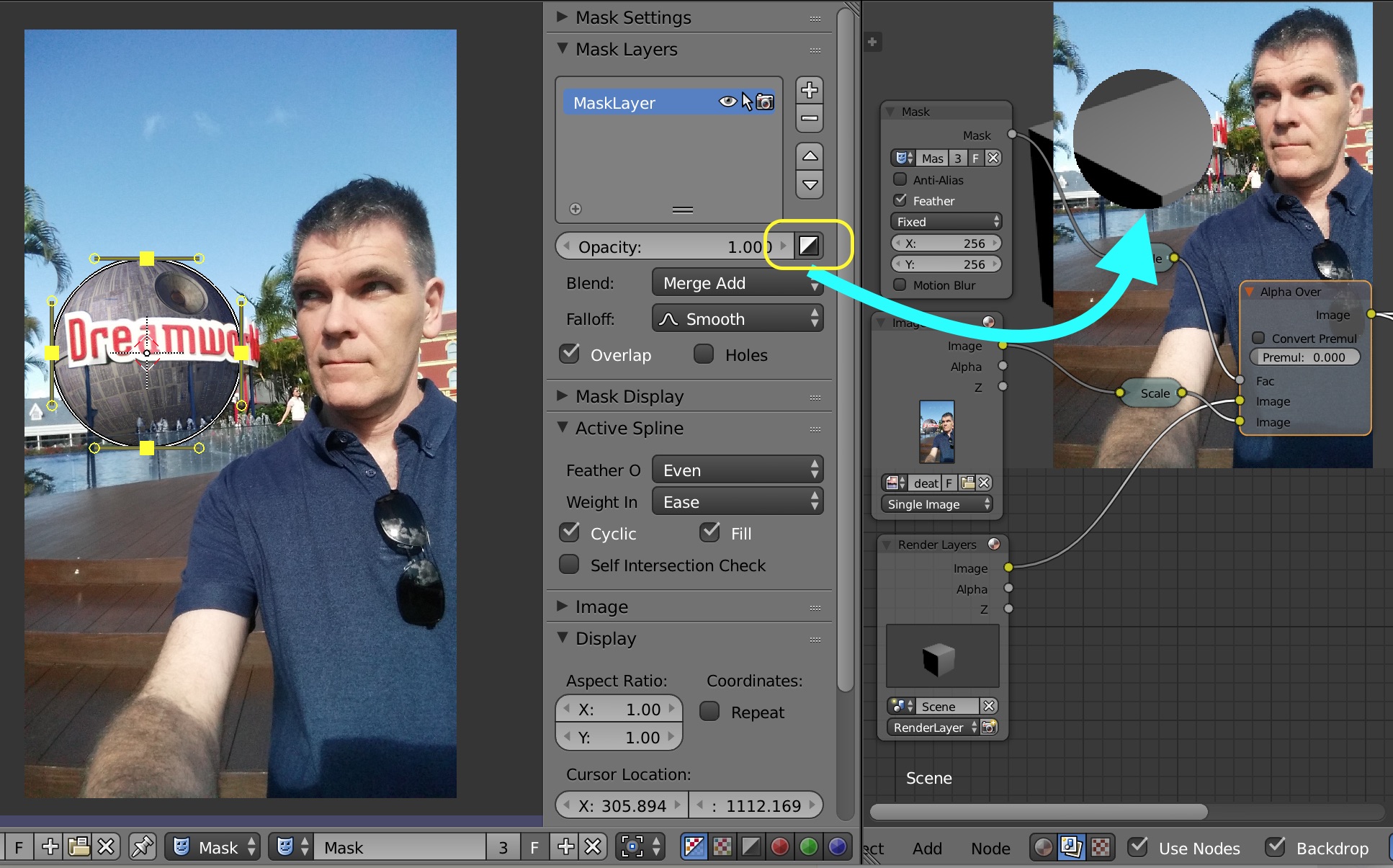 Not the answer you're looking for? Browse other questions tagged compositing-nodes masking transparency or ask your own question.

1
How Can I Delete An Object In a Video Or Picture With Blender?
3
how can I make a 3D object appear behind an object in a video
0
how can i get rid of this black line going through the scene. (the one going through the main character}
0
Masking objects so that they appear behind elements on video
0
How can I fix my video tracking?
0
'Quantum Leap' effect in Blender VSE
1
Isolating an object in a video

2
Compositing Transparency / Layer Masking Problem
2
Mask an Image Using Freestyle Lines
5
How to utilize material (or object) index behind a refractive material in cycle?
0
Make an object a mask (render as transparency)
3
Some pixels doesn't render on the image ID MASK
0
How do you create an animated mask for an image to show underlying video for v2.82a?