how to make UIList interactive for object manipulation

I have the following data in my script:

I have also a number of classes for making data, addings objects, etc. The script allows to easily click on a mesh and add new empty in the 3dcursor location. I have all those empties parented to the object, and I'm collecting their names in markers collection. All items for a mesh object is draw in a list using UIList. Here is my draw_items function:

Now, the UIList is showing props using their names (data=ob, property='name'). That's OK, BUT, if somebody double click the name, it could be changed. This change also changes the name of the real empty object. I would like to update also markers list for that change, but I do not know how.

So, IS there any kind of 'update' function which is called after changing the name of the prop from the list? Or 'notify', or whatever. I would like to keep markers as a simple list of names and locations, but also I would like to allow user to change their names. If that's not possible, alternative question is: how to block names change in the UIlist?

Also, sorry for poor formulated question, I had no better idea how to ask how to detect name change of objects changed in UIList and invoking some additional action after that (ie. updating my markers list name). 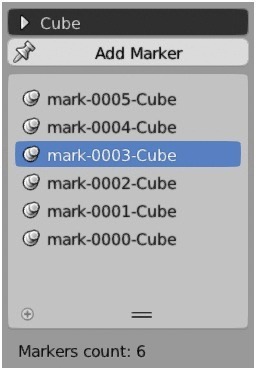 Here is the name double clicked in the list: 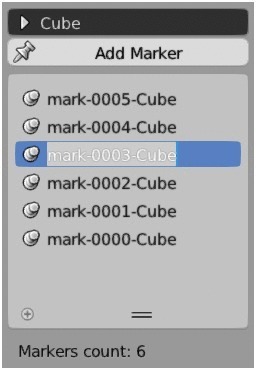 It is automatically selected and user can change the name of the real object.

Here is the name changed by the user: 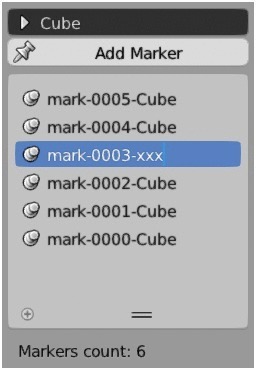 After this change, the real name of the object is changed, which is desired. I don't know, how to update the name in my own list, so I put the condition:

in draw_items to at least show this in the list. But I want to update my own data instead. After name is changed, the following info appears in the info window: 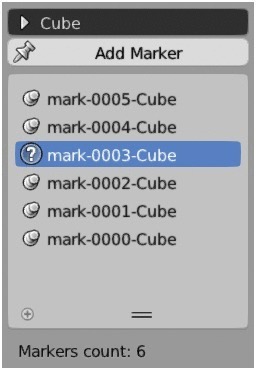 My outliner is showing the change of new name of the object parented: 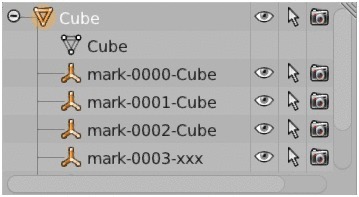 So, any advice will be most welcome. I can either block this editing behaviour (how?) or allow to detect name change of specific item and update markers data respectively. The script is going to manage thousands of those objects.

This means the fix will be to update the name in both bpy.data.objects and item.

The fix will depend on what is in the rest of your code. Maybe an extra refresh of the data in item. One possibility is using bpy.props, by utilising the update feature of bpy.props you can have a small function that will update both your item data and the objects name property, that would mean having the list show your list of item properties not bpy.data.object properties.

1
Do something after user moves a marker
4
Is it possible to set the Output name based on the current Timeline marker?
1
how to create UIList with auto-aligned three columns?
0
How do you add material references to a UIList
1
UI Update issue PropertyGroup UIList Item 'name' prop's update hook?
1
Is there a way to select all cameras without iterating through every object in a scene?