Why constraints ruins material set up?

I'm creating a scene with planets, and I wanted one planet to track to the camera (but not in 100% percent). But when I want to render it the "fresnel node" is acting weird. Why constraints ruined my set up, and how to avoid this?

Of course I want planet to rotate in directon of my camera, but fresnel must behave the same as before (it should outlines the object, not creating some line via center of object). I tried different constaint settings, nothing worked.

Simpler Example (both screens are from camera perspective): 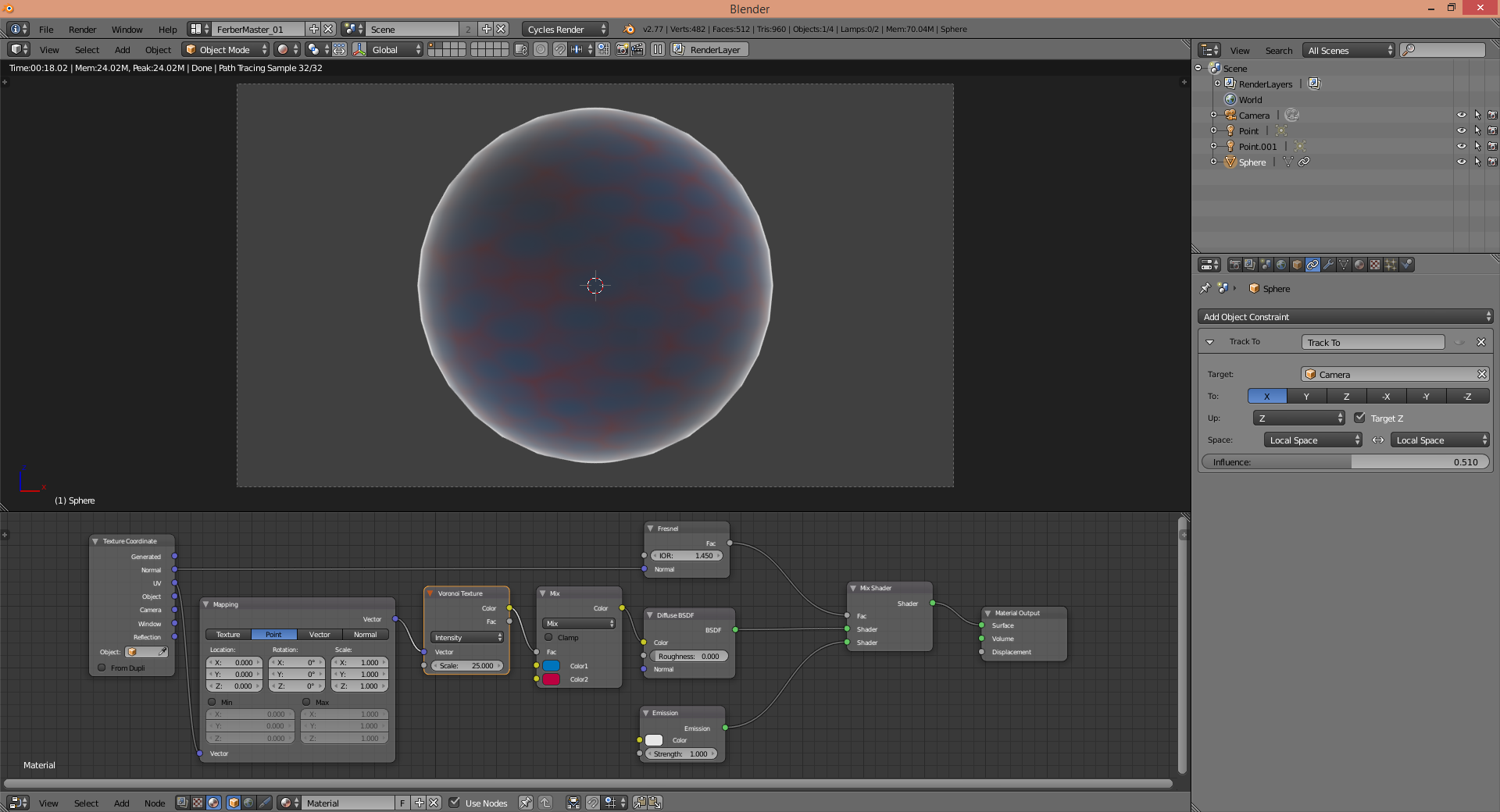 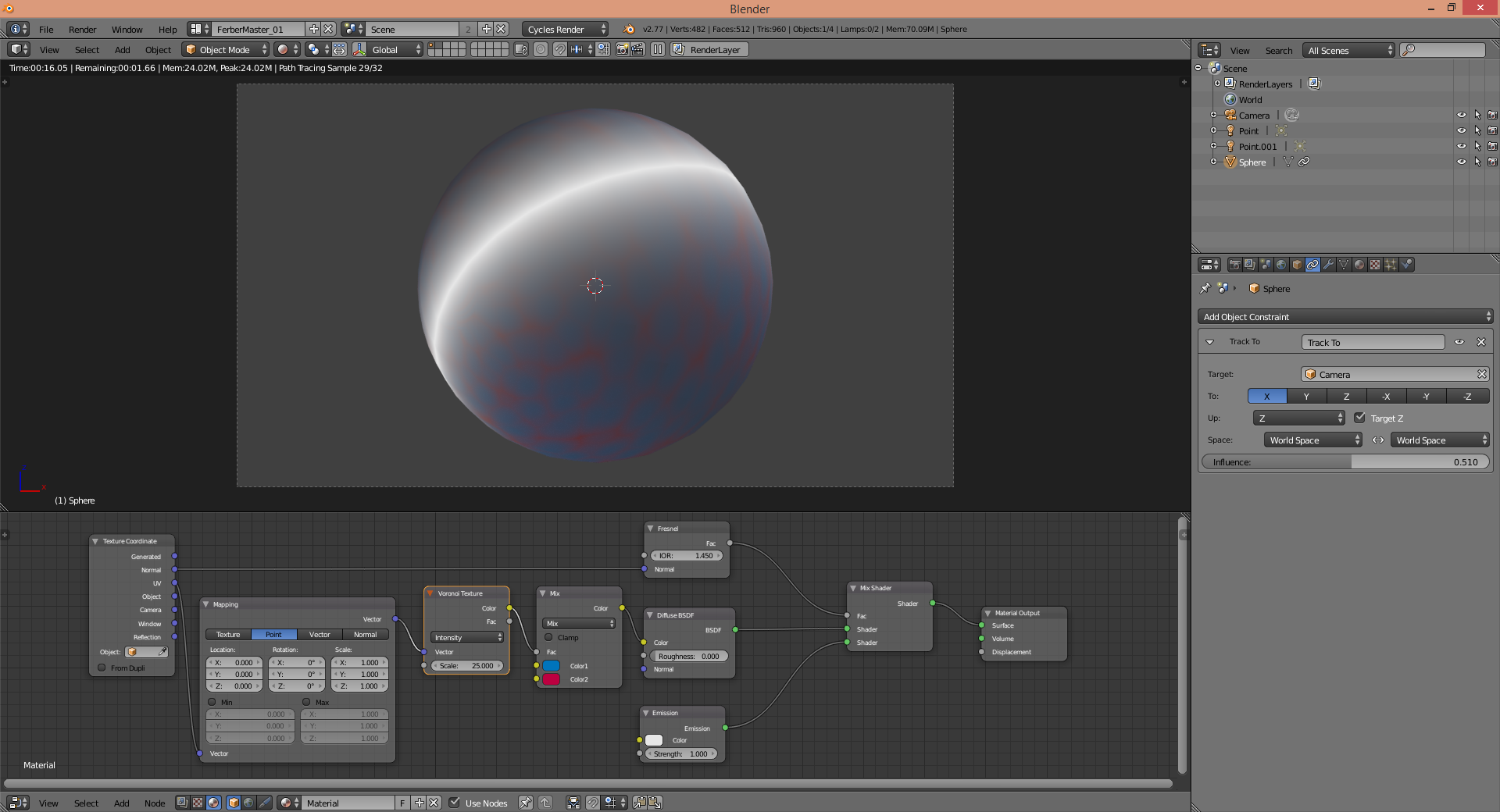 The solution is to disconnect the normal input connected to the fresnel node.

Not the answer you're looking for? Browse other questions tagged shaders constraints or ask your own question.

4
Keyframing Constraints - Is it possible?
1
Constraints and Inverse - Needs Some Explaining
4
Why don't my constraints and rig update when the target moves?
2
Constraints not behaving as expected
1
How to get an empty tracked by a camera to move smoothly between keyframes
0
Switch child constraints
0
Rotation constraints cause odd movements