How to make a eyelid-system in BGE?

Knowing the limitation of the animation system in BGE, I would like to make a eyelid-system for a character. I made a system that works in Blender, but it has a constraint influence driven by a bone, something that doesn't work in Game Engine.

When eye.anim is animated (by being rotated), the eyelid.deform is influenced (with a Action constraint) to be raised or lowered, to have a natural movement. But, when I close completly the eyelid by animating eyelid.anim, eyelid.deform mustn't be influenced by eye.anim.

Again, the system that is in the file does work in Blender, but not in Game Engine. This is because it uses a constraint influence driven by a bone. And something like this doesn't work in BGE (*). The only way to change an influence is by Python... but I won't do this only for the eyelids.

(*) I reported this some years ago (and, by mistake, again some hours agou), but it is not a bug but a known limitation of the game animation system.

@Monster comment made me remember that I used to use shape keys in eyelid movement. Now, I'm using bone deformation (because of someone suggest). To make any eyelid-system, I need to drive the influence of "something".

In BGE we can't drive constraint influence, but we can do it with Shape Keys values. So, the second method is the suitable one for me (at this moment).

I make a new file, with a Shape Keys based Eyelid-Movement here: http://pasteall.org/blend/41589 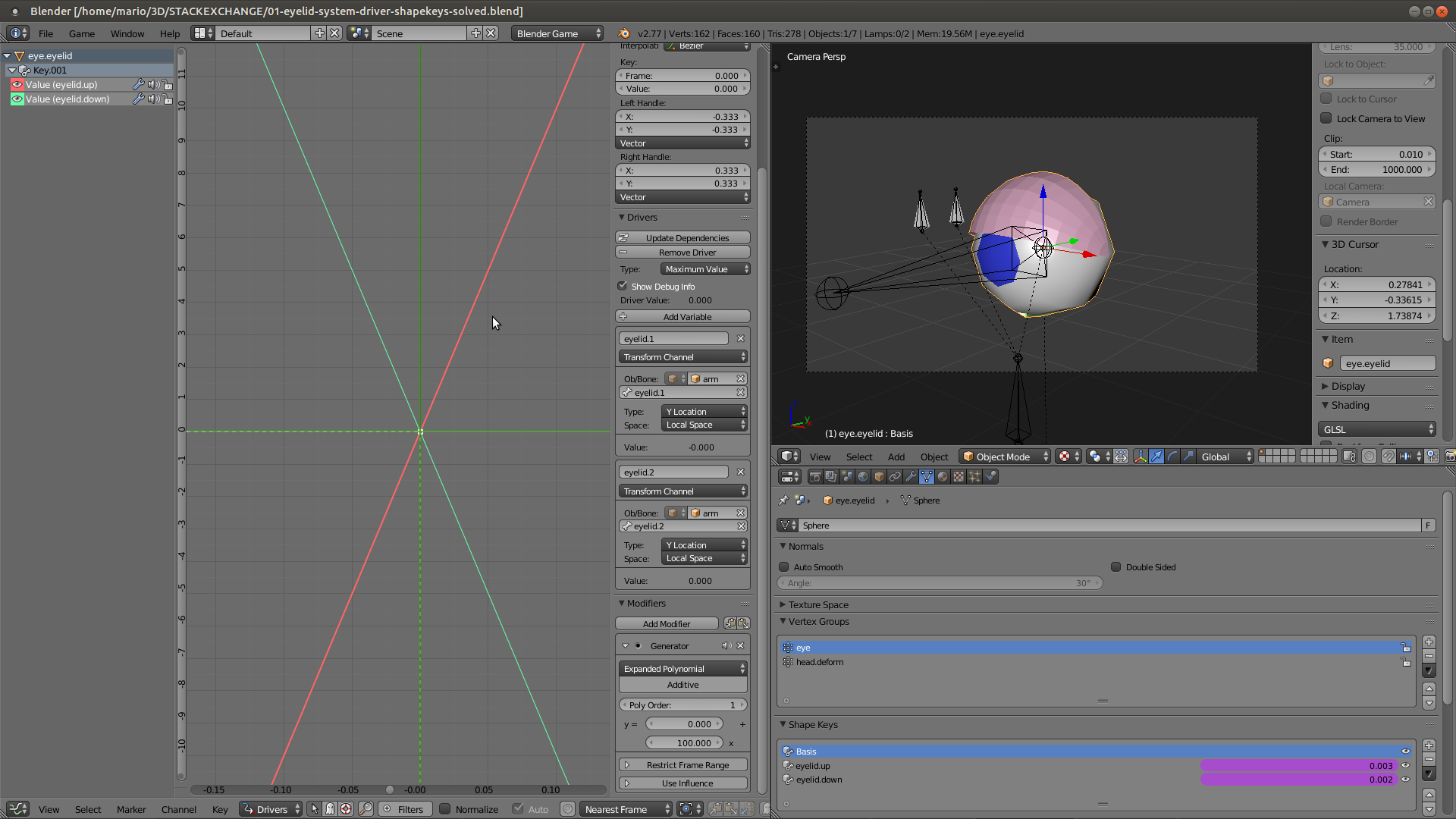 How the system works:

Not the answer you're looking for? Browse other questions tagged animation game-engine constraints drivers or ask your own question.

18
Convert particle system to animated meshes
2
Noob in BGE Just have anything work with python script
0
Setup an inverted pendulum simulation with BGE
19
How do I rig Walschaerts valve gear in Blender?
6
Use self and the slow python expression