I have a collection of planes with different designs and changing their material isn't reflected in solid view in both blender internal and cycles render view. The materials I'm trying to use have been working fine for other objects.

All the planes have once been set to a pure shadeless black texture, and have had a Solidify modifier applied to them. The rendering isn't fixed after removing the modifiers. Flipping the normals doesn't have any effect.

The vertices of the planes act weird. If I add an edge, one of the triangles will be colored according to current material. If I then dissolve the new edge, it will also delete the points, even though they should be connected to the other points.

Dragging a point so the plane is self-intersecting will cause the material to display properly. 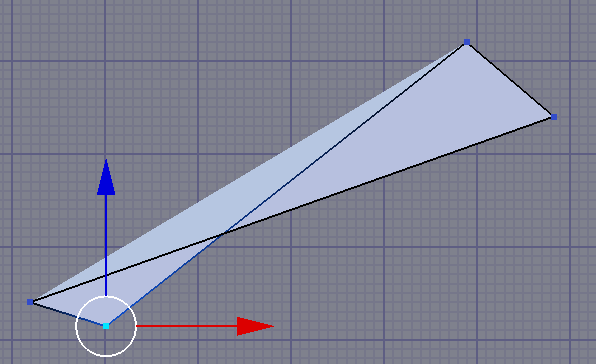 Also, the plane is rotated along the Z axis. If I Scale the plane (in object) by 1 (or anything), it will automatically align itself along the X axis (the way it previously was).

I tried to rebuild the points of the plane, and I'm not able to align/snap points to the vertices of the plane in edit or object mode. Also, I can't split the plane using the Knife tool

Currently, the only solution I have is to trace the planes.

Blender source file containing some of the planes.

The problem is you need to apply your scale transforms on the objects. The reason the faces are shading poorly is because of Z-fighting, which is occurring because your objects have zero Z scale value. Applying scale will also allow your modifiers to work.

To apply the scale, select all your objects in object mode, press Ctrl-A and Scale. Or in the viewport header, Object -> Apply -> Scale 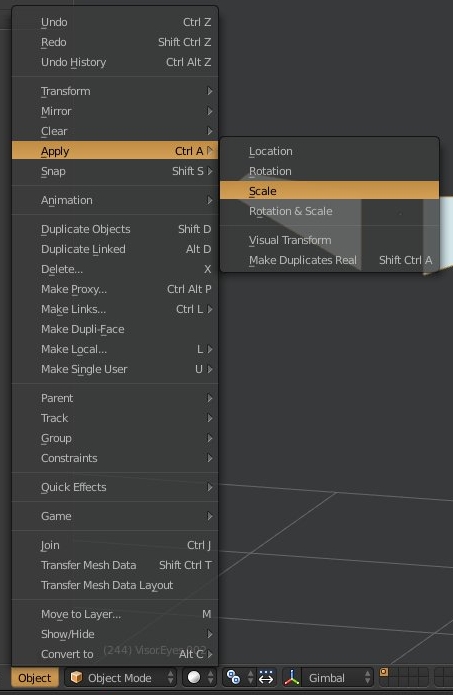 Not the answer you're looking for? Browse other questions tagged modifiers objects editing vertices or ask your own question.

3
Why am I unable to extrude/translate along the Z-Axis?
12
Set edge as axis for surface rotation
0
How to align two vertices on two planes?
1
How to scale objects along the length of a curve and keep them all facing the same way
0
Curve after Array modifier messes object dimensions
5
How do I bisect along an axis?
0
Middle verts snapping to other side of the model
0
Is it possible to round the edtes of a round corner
1
Can I use something similar to “Slide Vertices” to create new vertices and edges?