How can I duplicate a mesh along a curve?

I want to outline a curve in the form of text with a mesh (UV-sphere, cube etc.). How can I do that while saving mesh geometry without using the Curve modifier?

Based on what you explained in the comments above, I think what you want are Dupliframes. My answer is based on the example in the wiki.

In short, you add a curve to the scene and in the Curve menu under Path Animation, you enable Follow. (You should also set the frames to a more reasonable number as needed such as 10 or so)

Then add the object and in the Object tab in the Properties Editor under Duplication enable Frames and disable Speed.

Finally, you can now change the orientation of the object by either rotating it (either in Edit mode or Object mode). The arrangement of objects can, of course, be further enhanced by editing the curve. (Shaping it into text etc) 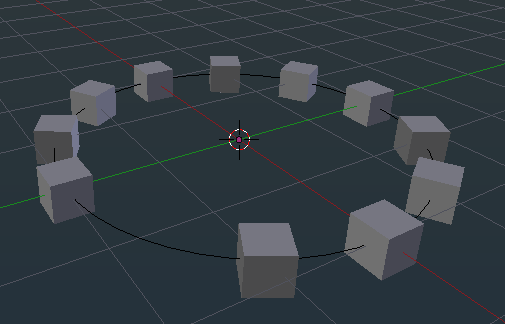 Additionally from the same manual page linked above:

There are many alternatives to Dupliframes. Which tool to use depends on context. 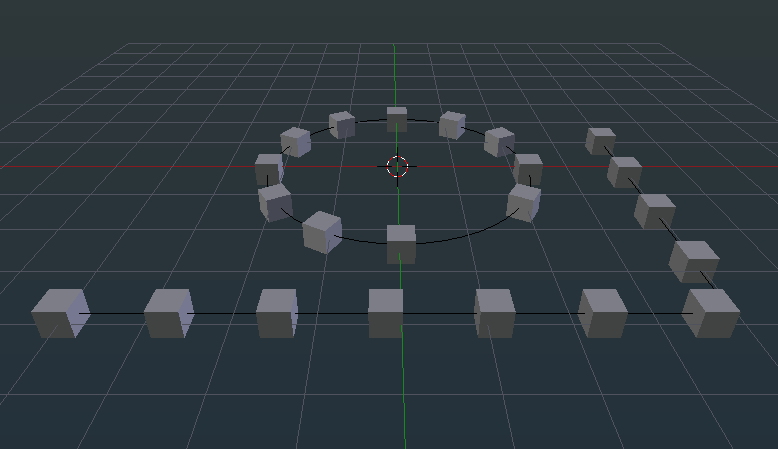 Additionally, its worth noting that the additional objects are instances and not real objects, this will reduce the load of your scene and also allow you to be more flexible when adding more objects. Alternatively, you can Make Duplicates Real with Ctrl + Shift + A. All objects will now be real objects, but still linked copies. To change this, go to Object → Make Single User → Object & Data and choose All.

4
How to copy an object along a path
2
Distorted array mesh
0
Duplicating At Regular Intervals Along Mesh Face
28
How do I prevent object distortion when applying a curve modifier?
38
Extrude along path
35
Rotating each iteration of an Array Modifier
14
Applying Dupli-Objects
7
How should I handle a large number of objects?
3
How do I make an object move along a path in either direction?
6
Make duplicates real produces too many objects
See more linked questions

1
Can a curve object modifier created geometry be used as boolean factor
1
Bend a bezier curve along bezier curve
1
Mesh distorted/stretched out with Array along curve
0
Huge gap between curve and mesh when using array modifier
3
How to stretch a mesh along a curve
0
Animating geometry node setup along curve
3
Flatten mesh along curve
3
How to duplicate a collection of meshes along a drawn curve?
0
After applying curve modifier to text, I lose my location keyframes animation