I’ve got a tile material that I would love to recreate in Blender, 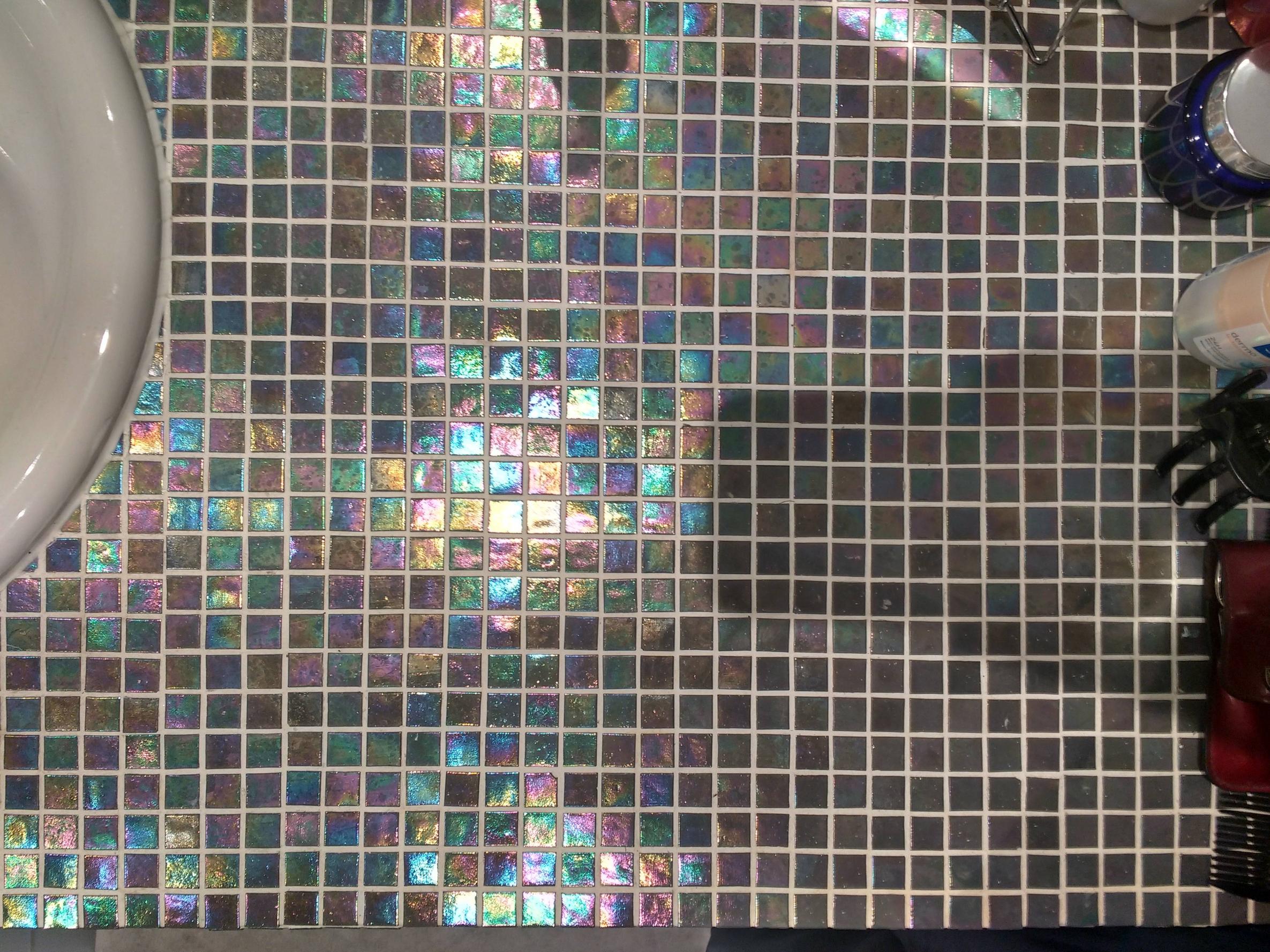 but my efforts have not been fruitful so far. As you can see in the picture, the tiles look like they're a solid color, except when light reflects off them at an angle. It's kind of like iridescence, although I'm not sure if it's actually iridescence.

Anyway, I've tried a few setups to recreate this. I tried applying a tile image texture and a kind of iridescent looking texture as a glossy texture in a mix shader, I tried this setup

from here which gave this result: 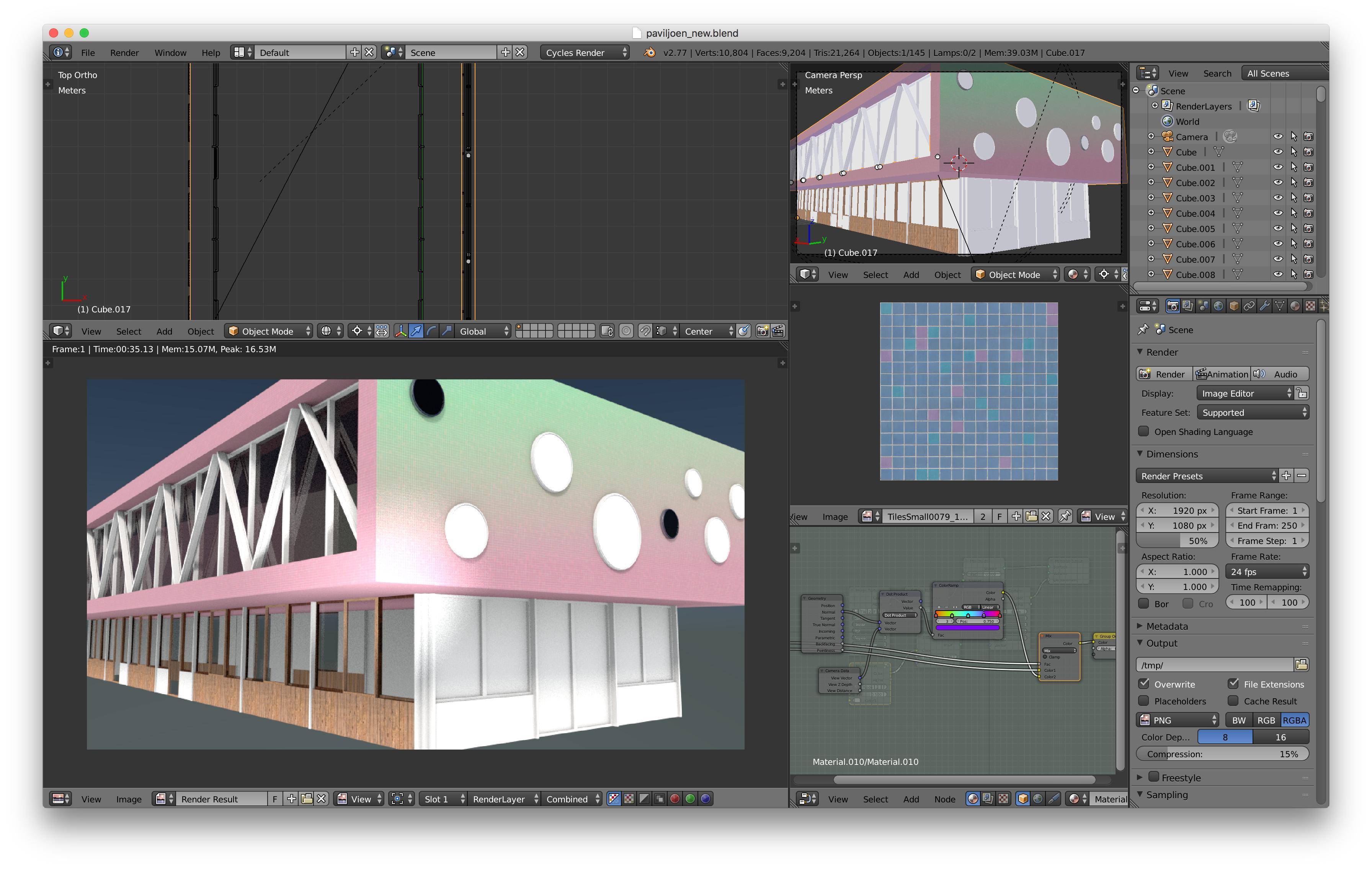 I also tried this setup, that I thought of myself,: 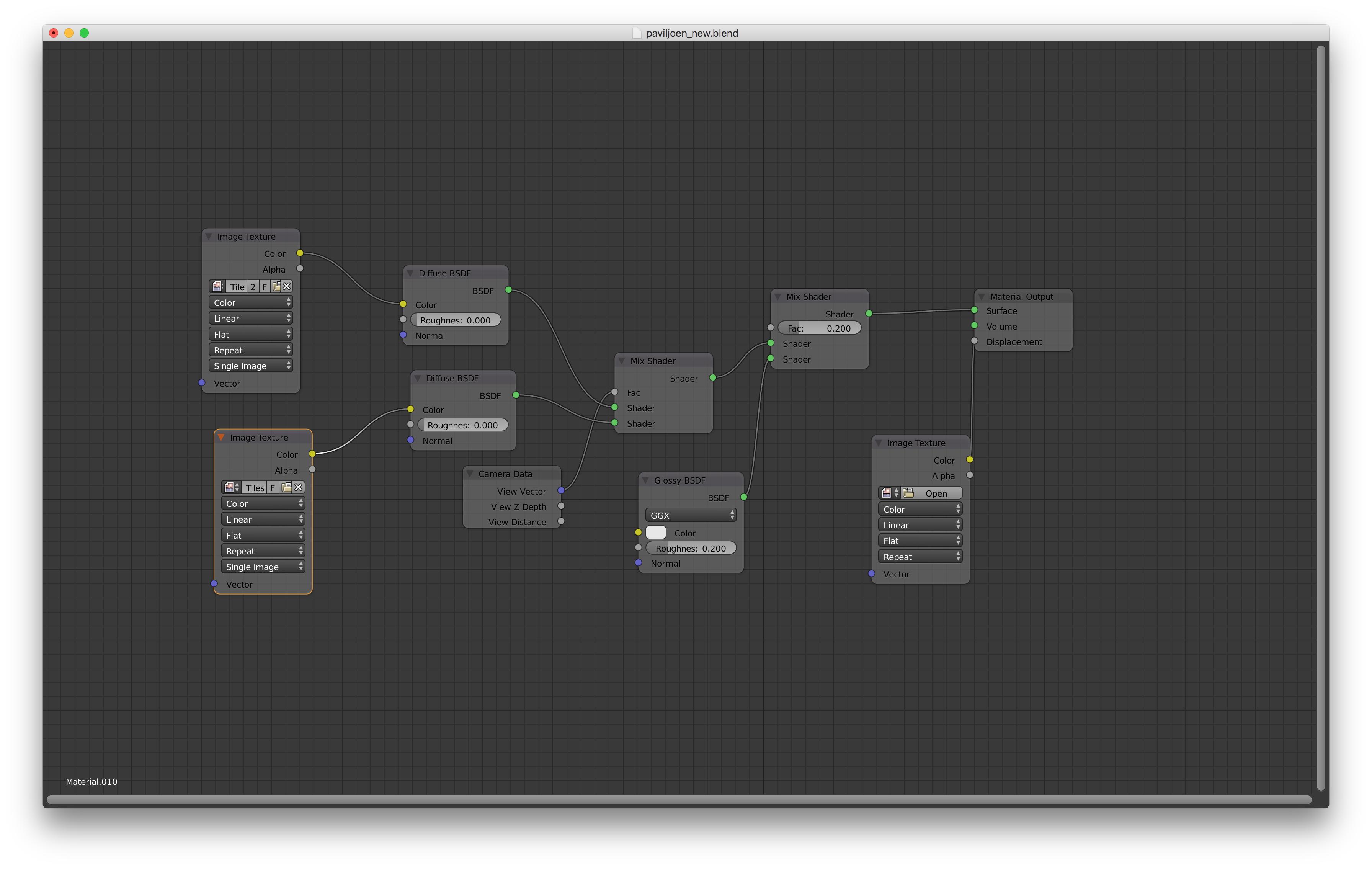 which gave me this result: 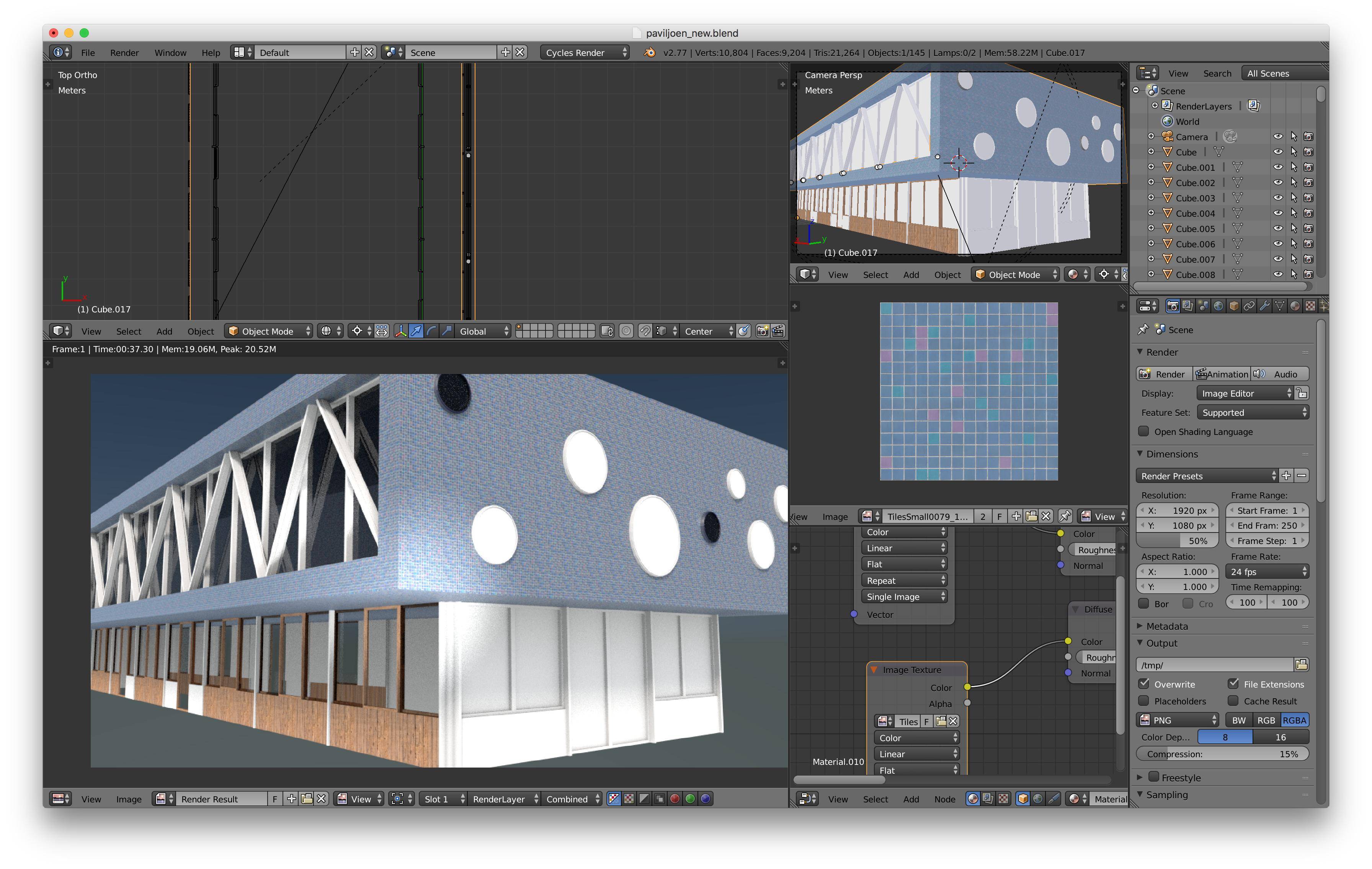 So, basically, I don't really know how to do this. Anyone have any advice or tips they could share? Thanks!

(https://www.reddit.com/r/blender/comments/4f8tb6/how_would_you_create_this_material_in_blender/) to see my results.

So, basically, I don't really know how to do this. If anyone has any idea, I would really appreciate the help, especially if you could explain it in a way that a blender beginner would understand. Thanks!

I was able to achieve something heading toward what you were describing anyway. I'm sure that there can be a lot of polish applied to this answer, especially on the cycle material nodes, but I believe that this will suffice to show the initial intent.

Here's the demo of the setup:

The geometry is two parts:

The cycles material does the rest of the heavy lifting.

Here's the blend for your reference:

I used the second iridescence node setup suggested in the blender stack exchange link you linked to in your answer. With it, I created this: 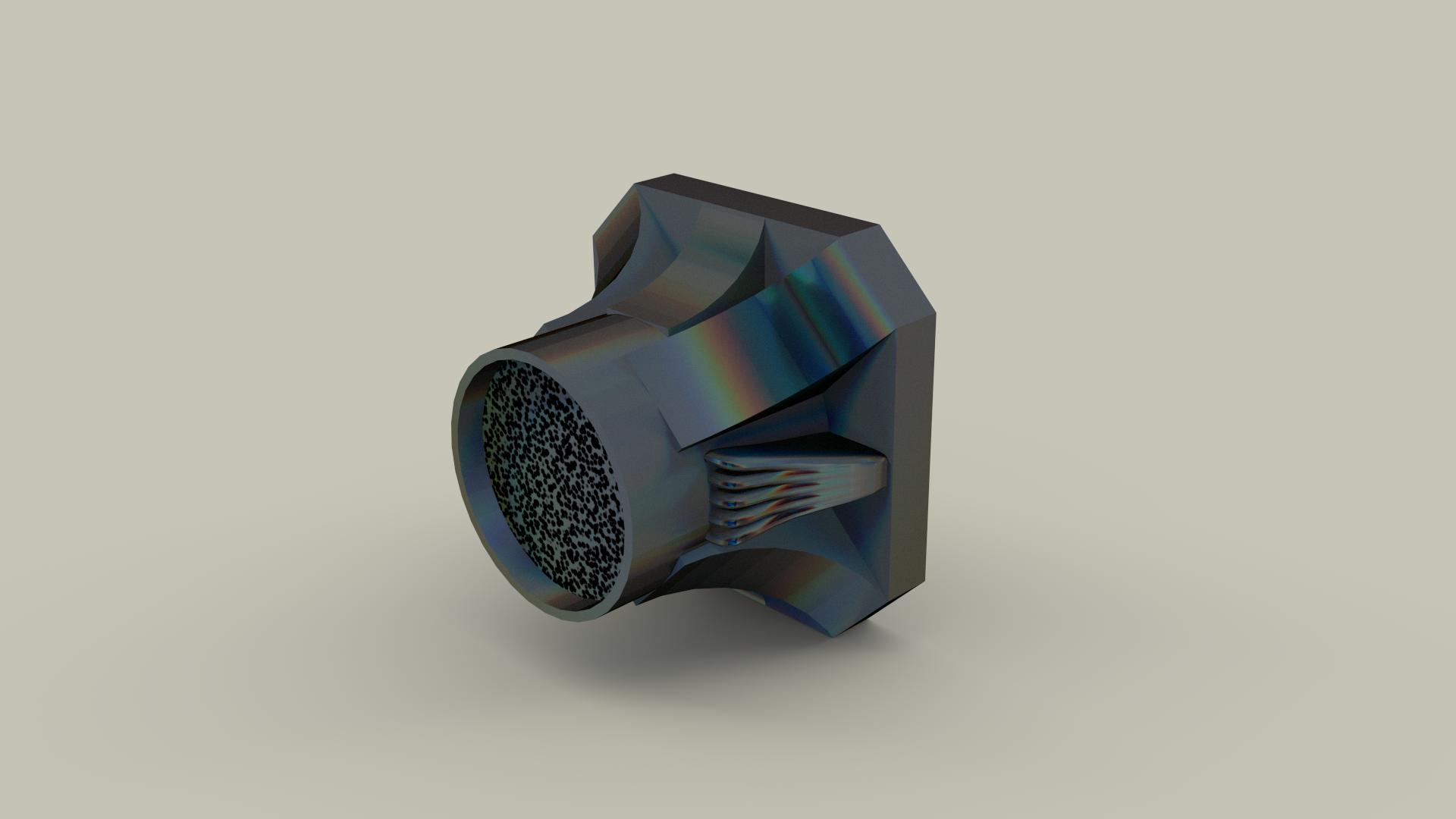 I believe it to be the best way of doing things. If you choose to use this node setup, make sure the tiles are not perfectly flat and that you have smooth shading on. If you do not adhere to these two essential measures, there's a good chance the iridescence will fail.

2
What is this kind of material?
2
Procedural wrinkled paper lamp cycles material
0
How do I create this material in cycles (2.79)?
4
Cheetah Print Sunglasses Texture
0
Fill a UDIM tile with python API
2
Help recreating Sci-Fi PBR texture
1
How do I create such material?+un-wraping