How to select part of a mesh by using a helper plane?

I would like to select part of a mesh using a plane as a "boundary indicator".

In the screenshot below that would be the mesh part above the plane:

I can get the desired selection by using Bisect tool (Bisect, hide, select a vertex, select linked, unhide): 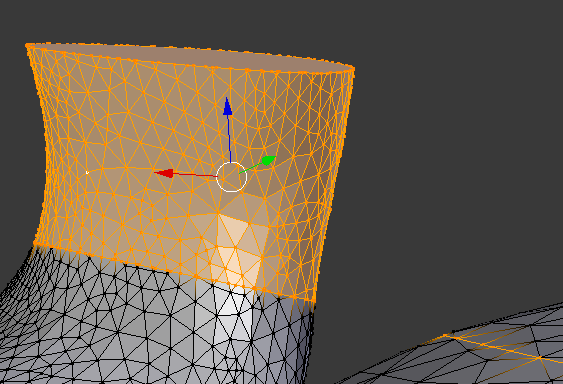 however, this is visually not as convenient as using a plane (this is only one step in a longer workflow which has to be simplified). Beside that, Bisect cuts trough the whole object, what is inconvenient (notice the bisect-line cutting another part of the mesh in lower right).

I know I can use Boolean modifier to get only the part above the plane, but I do not want to cut it off - I just want to select it for editing.

Edit:
What I meant is to use the plane in a similar way it would be used in Boolean modifer, just not to "cut off" but to select that part of the mesh.
The goal is to automate the process, e.g. operator positions the plane and clicks on a button (to run a script that does the rest; I can write the script once I know the steps).

You can use Lasso Select with Ctrl + LMB.

Limit selection to visible should be disabled to select all vertices in the Lasso area. 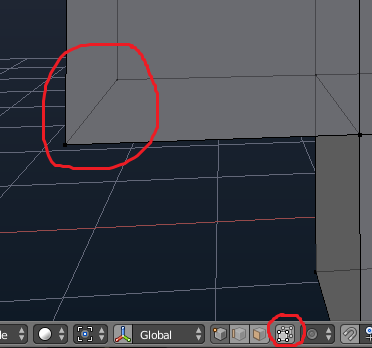 This solution involves a 2nd Object which is perpendecular to the Plane and use it as a Camera. That makes it easier for a Border Selection and the 3D Cursor is used for the orientation.

Use Clipping Border to hide everything except for the desired part of mesh.

I was able to do this using Boolean modifier to get two halves then joining them back.

This is the procedure (assuming a Plane is already in place):

The result is this: 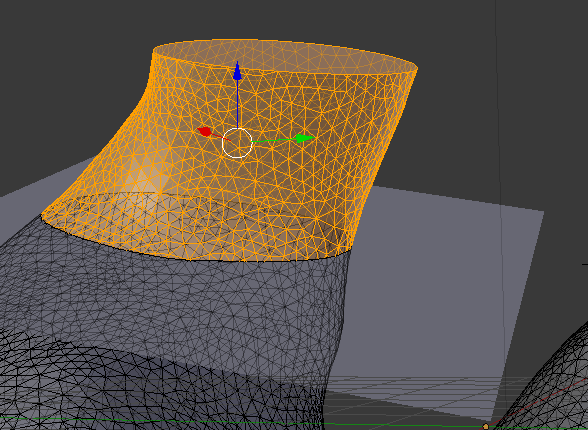 It may be a lot of steps but it is fully automatable.

Not the answer you're looking for? Browse other questions tagged mesh selection-tools or ask your own question.