I have a scene in which I added some smoke to enhance an object's movement. As the scene is set in the clouds I have a lot of volume shaders, which I have had no problem rendering. After adding the smoke I noticed render times go from around 30 seconds per frame to about 50 minutes, and has made the rendered viewport shading unusable. I don't have any problem when not using the density attribute of the smoke simulation (obviously it won't work without it and will just render the domain). 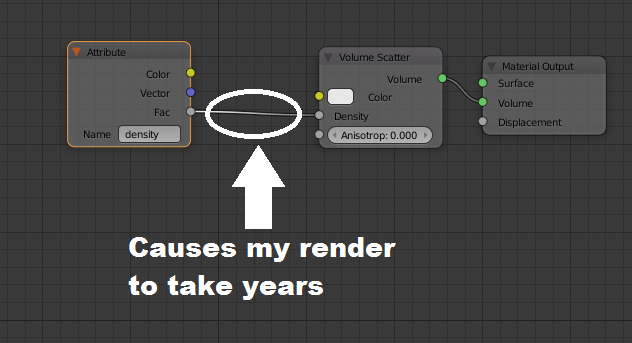 Is this just a limitation with Blender or my hardware? Is there a way to speed up the render? I would rather a faster render time with less photo realistic results if possible.

I am using Blender 2.77a and am rendering with a GTX590 (have tried with CPU rendering and see similar increases in render times).

One thing you can try to speed up smoke rendering is by reducing the volume sampling step size. 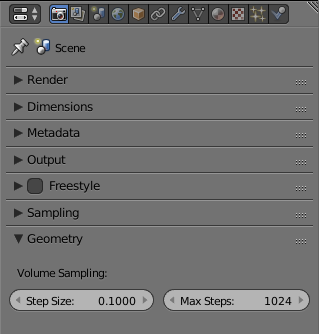 The default value is great for rendering super-high resolution smoke, but I find that a larger value often works fine and gives you a 2-4x speedup at virtually no quality loss. 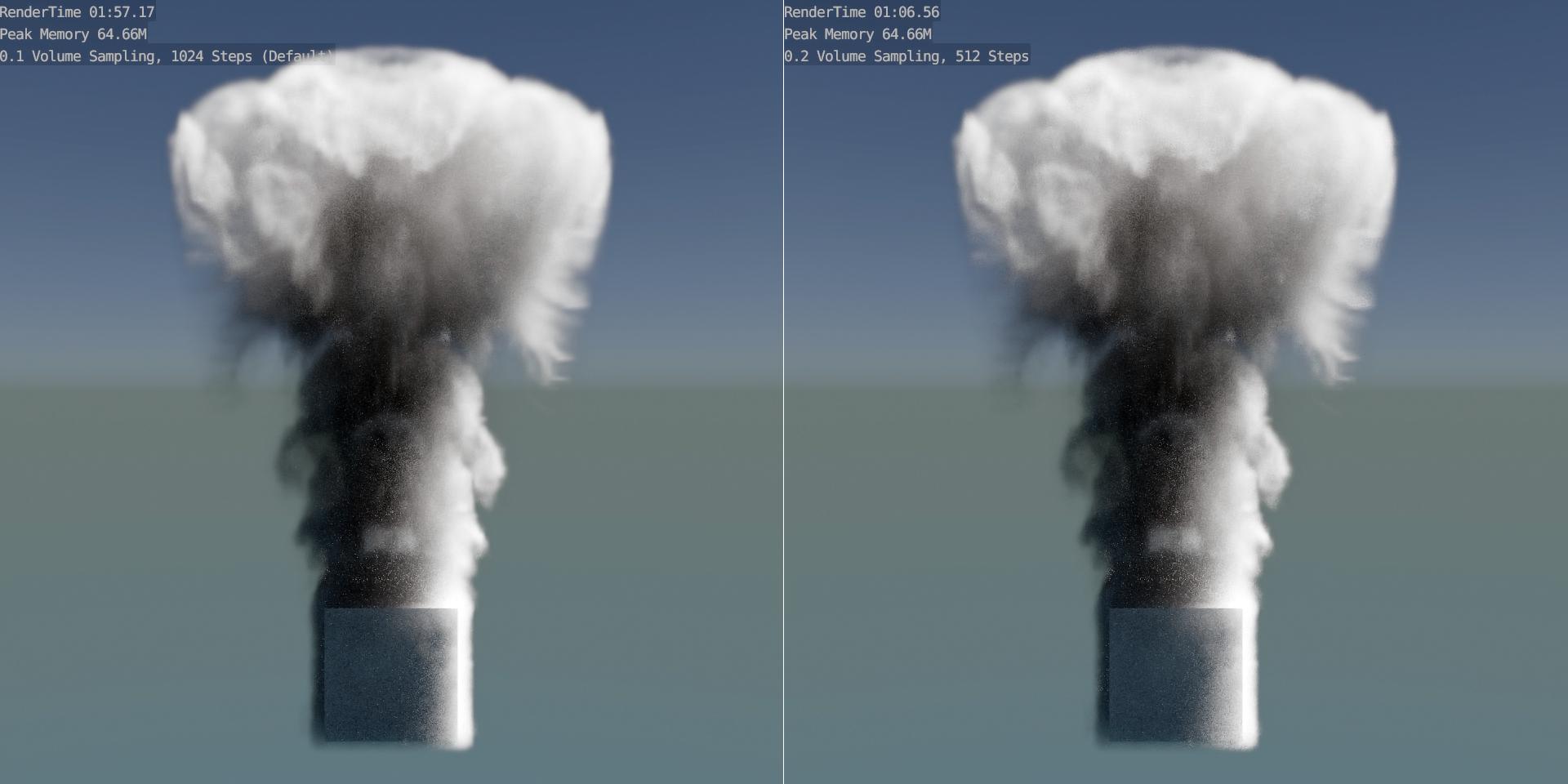 Not the answer you're looking for? Browse other questions tagged cycles-render-engine smoke-simulation volumetrics or ask your own question.

8
Why is my Cycles Smoke is disappearing in render?
4
Weird problem: Render time increases frame-by-frame
1
Smoke simulation only rendering when I apply smoke modifier
0
Smoke render is too thin