Whenever I make an emission shader, it will be exactly the color/texture I assign, without shading. Is there a way to create a material that is both emissive and shaded? 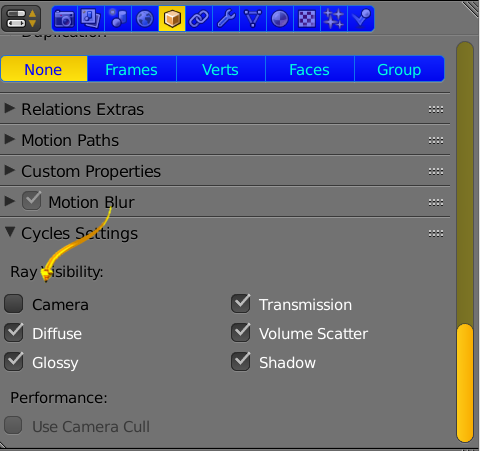 In the Node Editor, add a Mix shader in between the Emission Shader and the material, mix it with another Emission Shader, but make it's strength less than the first one 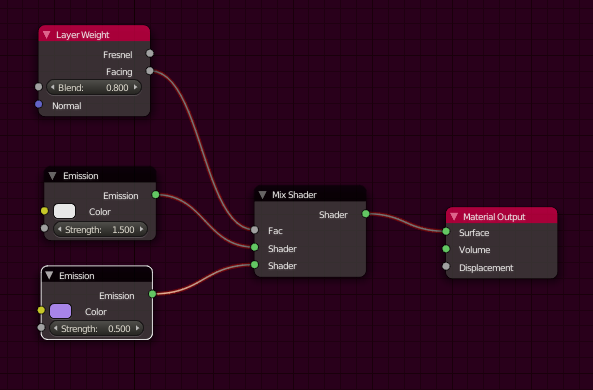 As you can see in the image above, you need to assign a Fac in the mix shader to determine where it should be brighter, "I assigned a purple color to the weak emission shader in order to see it better", I usualy add a Layer Weight Shader from the input pop up menu, and link the Facing link to the Fac in the Mix Shader, and fiddle with the Layer Weight's Blend value to get the required look, this will make the part of the mesh facing the Camera render brighter, this works great for LED illuminated furniture for instance. 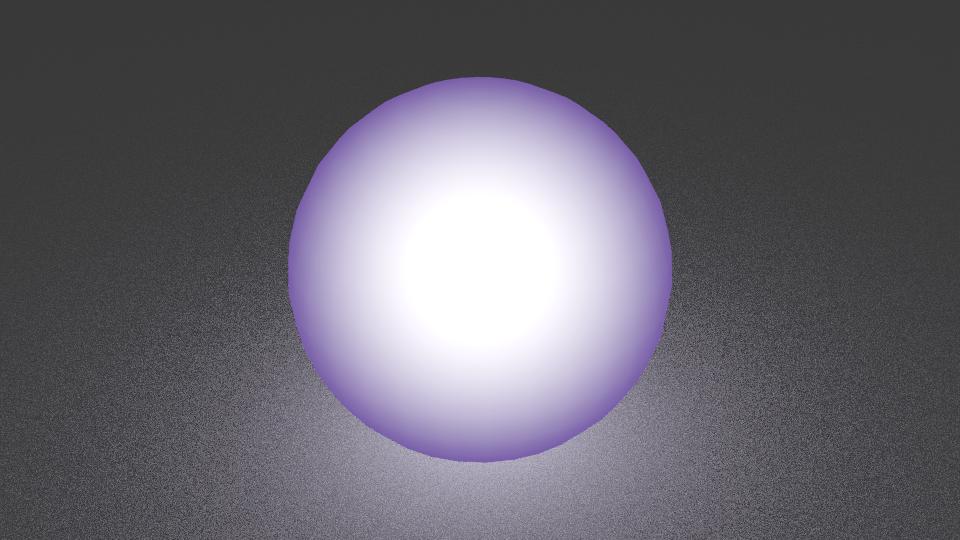 Of course you can mix the Emission Shader with a Diffuse or a Glossy Shader, but I don't know how realistic would that look. You can also assign an Alpha to an Image Texture Node, and use that as a Fac. All depends on what look are you after, For example, have a look at the following example, I used a black and white image texture for Fac instead of Layer Weight, Facing, this makes a mix of an emitting surface "the black part of the image" and a glossy surface "here I made it blue, it's being assigned by the white part of the image texture used as a mask". 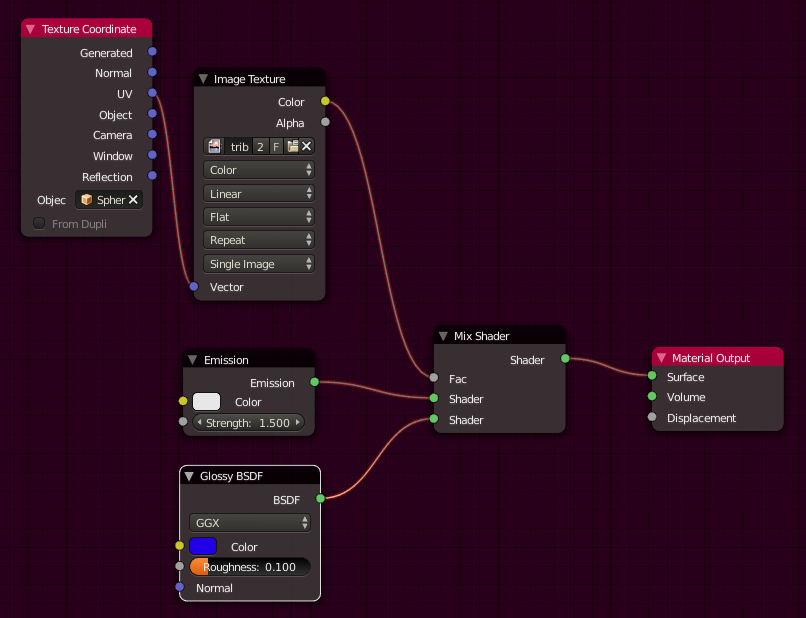 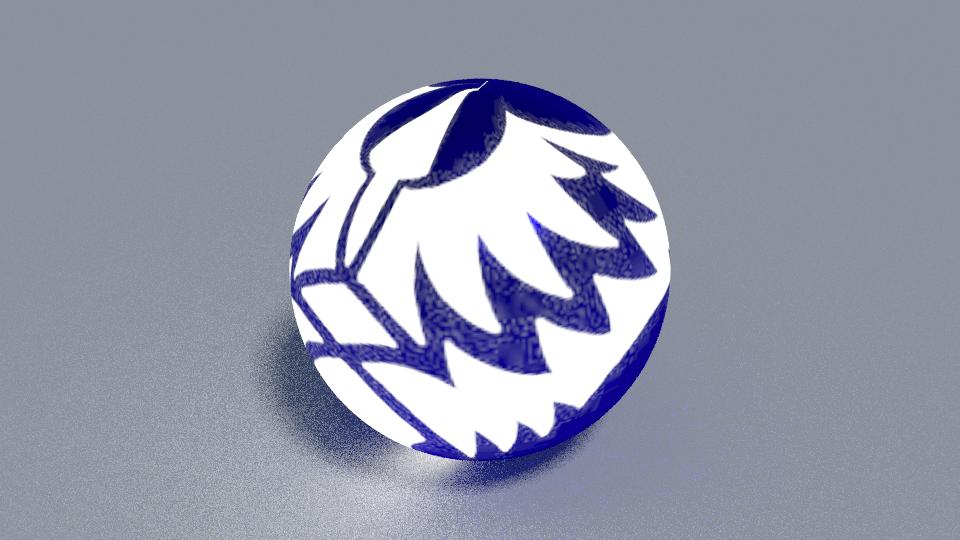 Not the answer you're looking for? Browse other questions tagged cycles or ask your own question.