Stacking cycles renders in the compositor?

There's a blog post going around about a plugin that uses ImageMagick to stack Cycles renders together.

Why can't we do this in the compositor, and with a still frame?

I've tried separating RGB, adding the components and dividing by two, and re-combining the RGB, but I think there's some clipping going on because that makes a very dark image.

It's relatively easy to animate the seed value, render a bunch of the same image, and average them together in GIMP, and that looks nice, but can we do this in the compositor and/or as we're rendering? I.e. average one sample with the previous one.

You can use the File Output node to do this, however there are some issues. 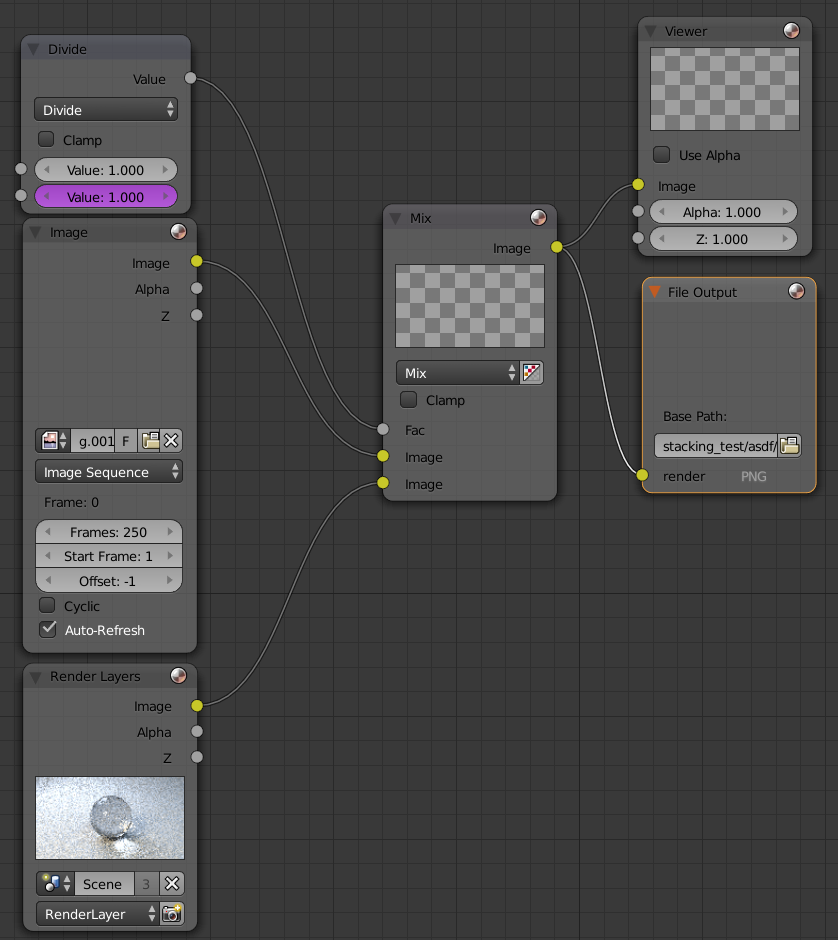 The pink highlighted value in the Math node is a Driver that returns the current frame number. You can quickly create this driver by typing #frame in the value field: 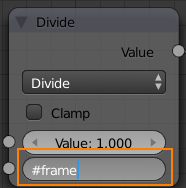 You can also do this for the Seed value in Render settings > Sampling as a quicker way to get a different seed each frame than animating.

This node setup uses this solution for averaging the images:

If you render 5 images with 10 samples each, the second image should be mixed with the first with a factor of .5 (or an alpha of 50%). This will effectively result in a 20 sample image (as you pointed out, it's not quite the same as 20 rendered samples, but it's reasonably close), so the second image should be mixed with a factor of .33 (alpha of 33%) and so on.

The node setup uses the File Output node to output the averaged result of the previous frame and the next frame to a separate directory.

On the first frame there is no image for the image sequence node to read, this should not be a problem since on frame one the mix factor is 1/1 = 1 so only the raw render will be used.

This causes a problem next frame when the image is mixed with the false black/transparent image, which causes darkening/decrease in opacity. This darkening will be quickly mixed out to be unnoticeable in subsequent frames, but it does mean that the image is not 100% accurate.

As a workaround, you can either: 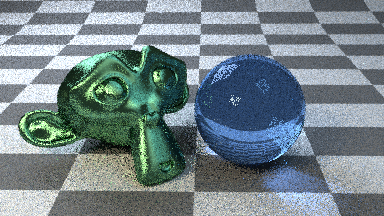 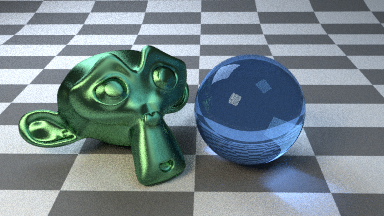 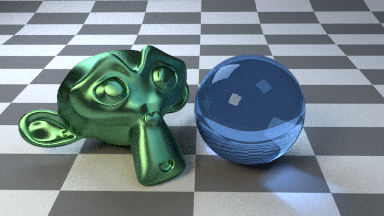 gandalf3's answer is great, however when you already have a sequence of images rendered out the setup is very simple: 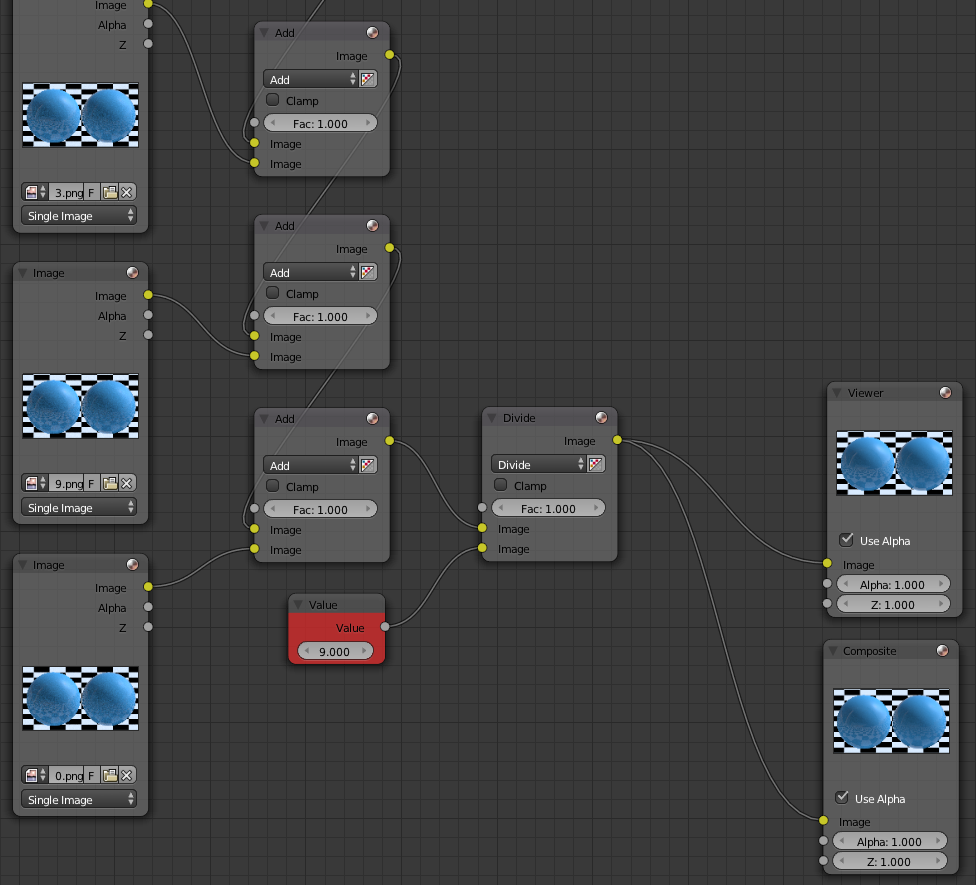 The red Value node is where you enter the number of images you're stacking. The end result will be the average of all the images.

To quickly create those Add nodes, I recommend the Node Efficiency Tools addon (which can be enabled in the User Preferences) - just select the images and press Ctrl+Plus(+)

Not the answer you're looking for? Browse other questions tagged cycles-render-engine compositing-nodes or ask your own question.

20
How can I resize/move the "canvas" of an image in the compositor?
8
How to combine low sample renders?
5
Why is a 100% mix node not acting as the identity?
3
Combining an image sequence into a single image
4
Increase quality of water render
5
Creating renders from Image Stacking using different sampling levels
2
Is there a way to get ONE random value as seed for Cyles per render?
1
Cycles option to merge multiple renders instead of one big render?
1
Render and saving image progressively by adding samples
1
Resumable render for Cycles
See more linked questions

1
Compositor blur is patchy?
0
How to extend an Image from side to side softening the hard edge of image
4
Z buffer read from exr file is all ones
1
Composite two renders into one image
0
Blender compositor: problem with saving/previewing semi-transparent pictures