How can I make permanent changes to the mesh after the shape keys have been applied?

I'm trying to understand to manage correctly vertex groups and shape keys. These are the steps I did:

2) I have created the shape keys of the eyes of my character, left (called eyeOpen.L) and right (eyeOpen.R). When the value is 0, they are closed, when the vaue is higher they are opening.

This is how appears my character at this point: 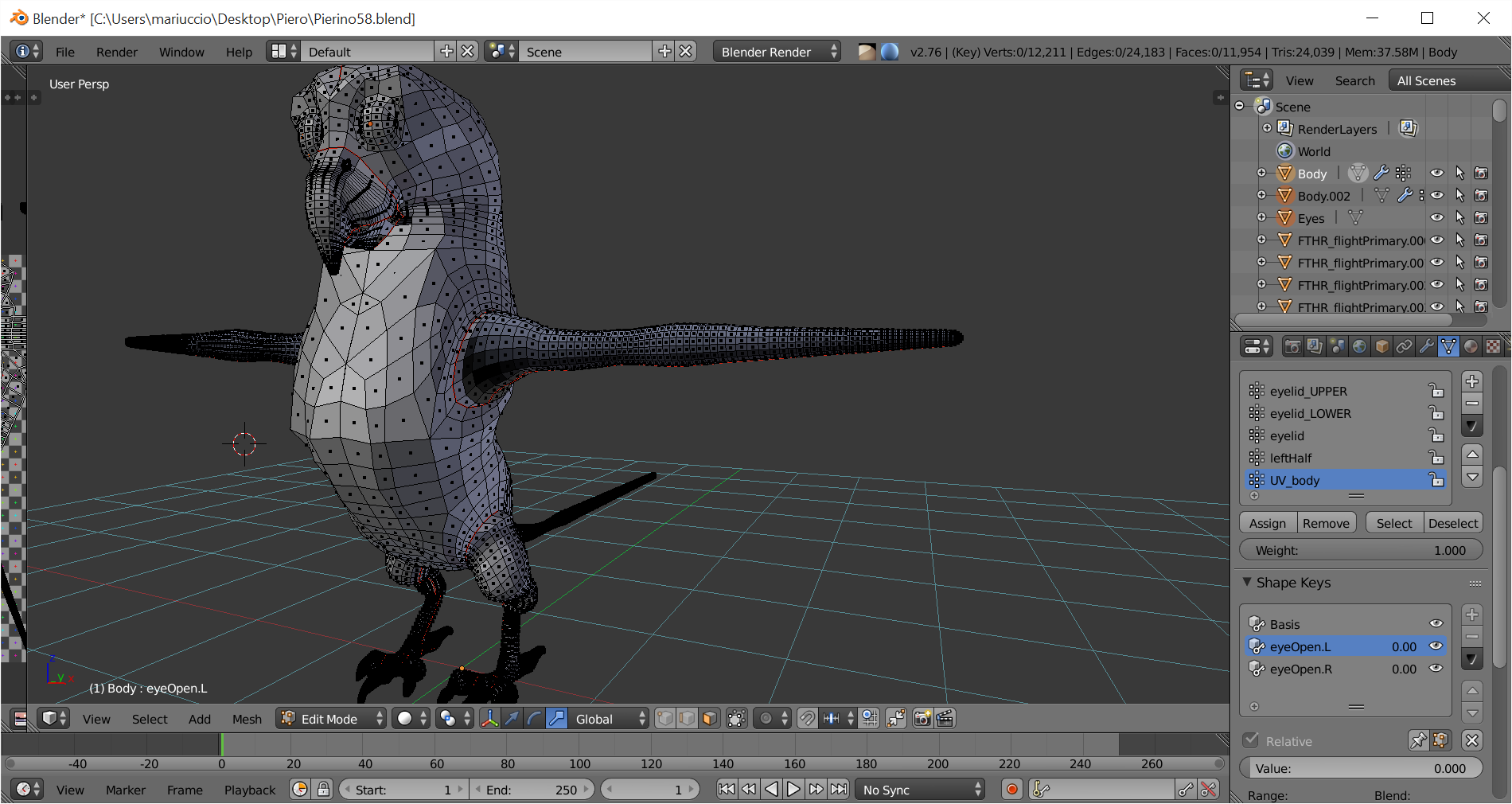 Now, after that I did the step 1 and 2, I realized that I have to modify the wings of the character. So, with the eyes closed, I have modified a little the wings, and here you can see how the character appears now: 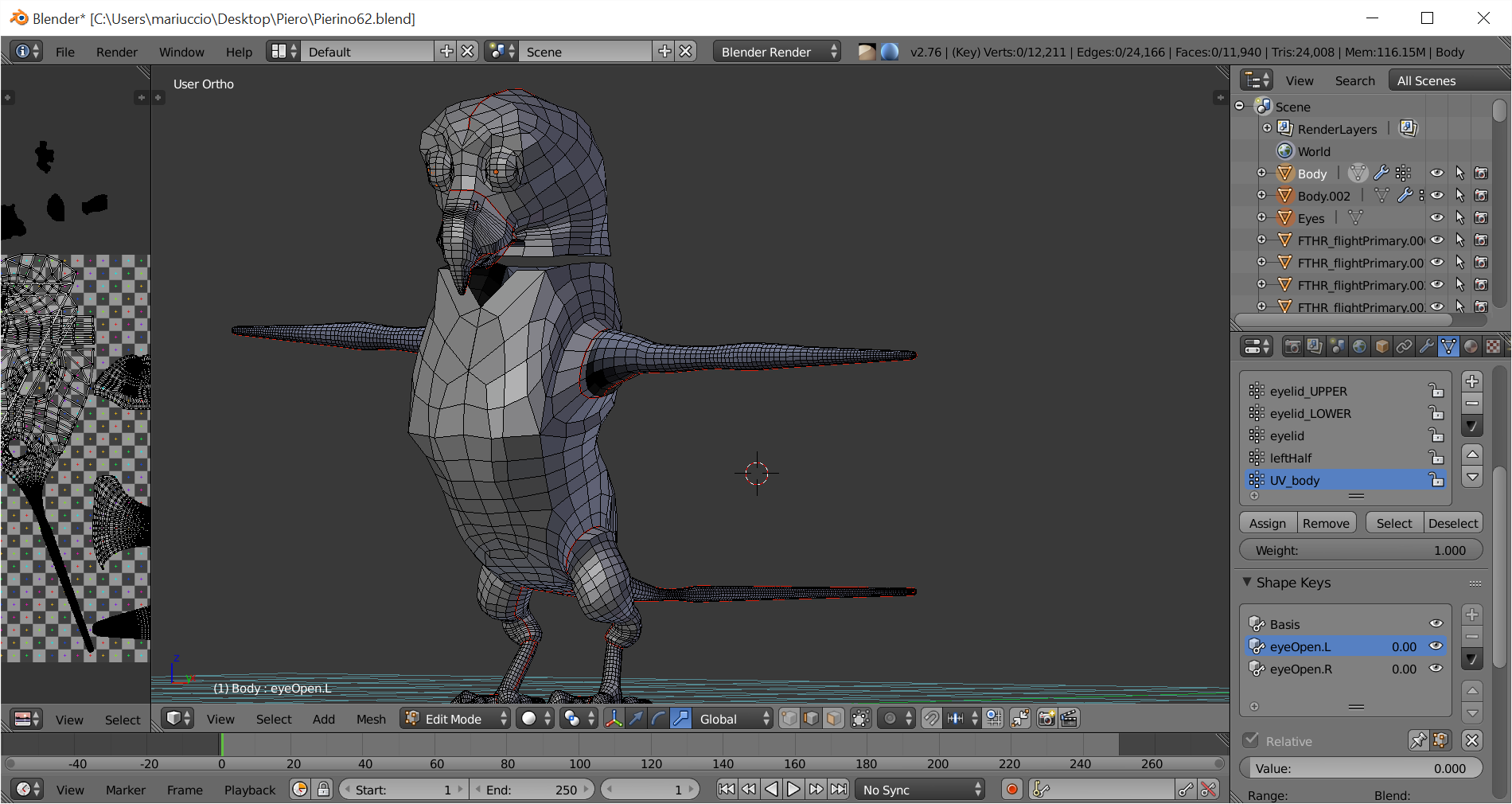 Now, when I have opened the left eye, you can see what happened: 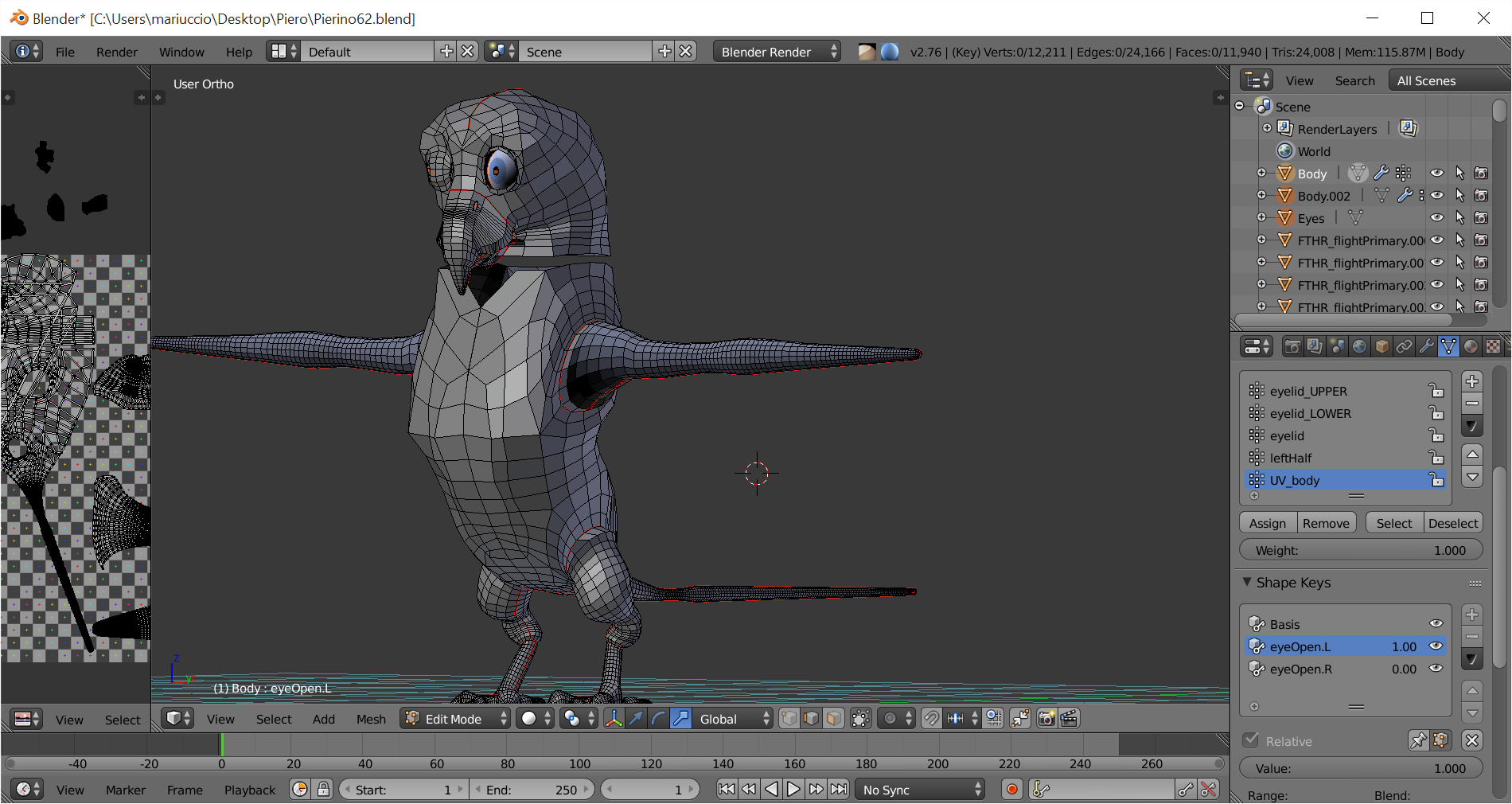 In other words, the character has came back to be the original model. But I don't want to do it. I want that, even if I open the eyes, the last changes that I did to to mesh, remain unchanged. How can I do this? Thanks.

NB: In the pic #3 you can see that I cut the faces that connect the head with the rest of the body because I thought that, when I opened the eyes, the latest changes made to the mesh remained unchanged, but I was wrong. Now I imagine that I have to change the mesh of the wings also with the eyes opened, but in this case I have to work two times every time that I have to modify the mesh after that the shape keys have been applied?

Not the answer you're looking for? Browse other questions tagged modeling shape-keys vertex-groups or ask your own question.