When trying to scale an extruded and assigned faces vert group back to zero on the Z-axis after applying a displacement modifier, it either seems to work correctly, or the entire mesh goes flat, as if I'd never applied the modifier in the first place. I know individual origins is supposed to be selected, but sometimes it works, sometimes it doesn't. Any help would be deeply appreciated. My workflow:

Am I missing something here?

The first image shows the error. I've added and applied the displacement mod; selected only the faces vert group; then scaled that group to 0 along Z. 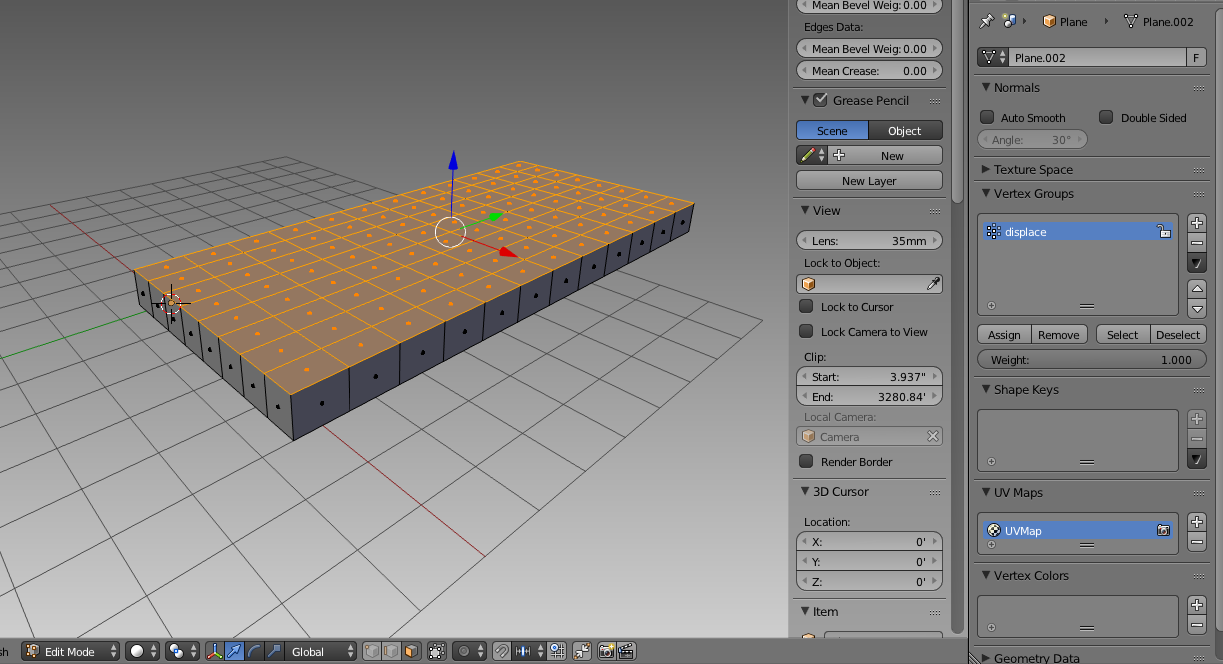 The below image shows what's supposed to happen, but often I can only get this to work after switching back and forth between the indiv. origins and 3D cursor tabs, and toggling between the faces/vertices tabs. 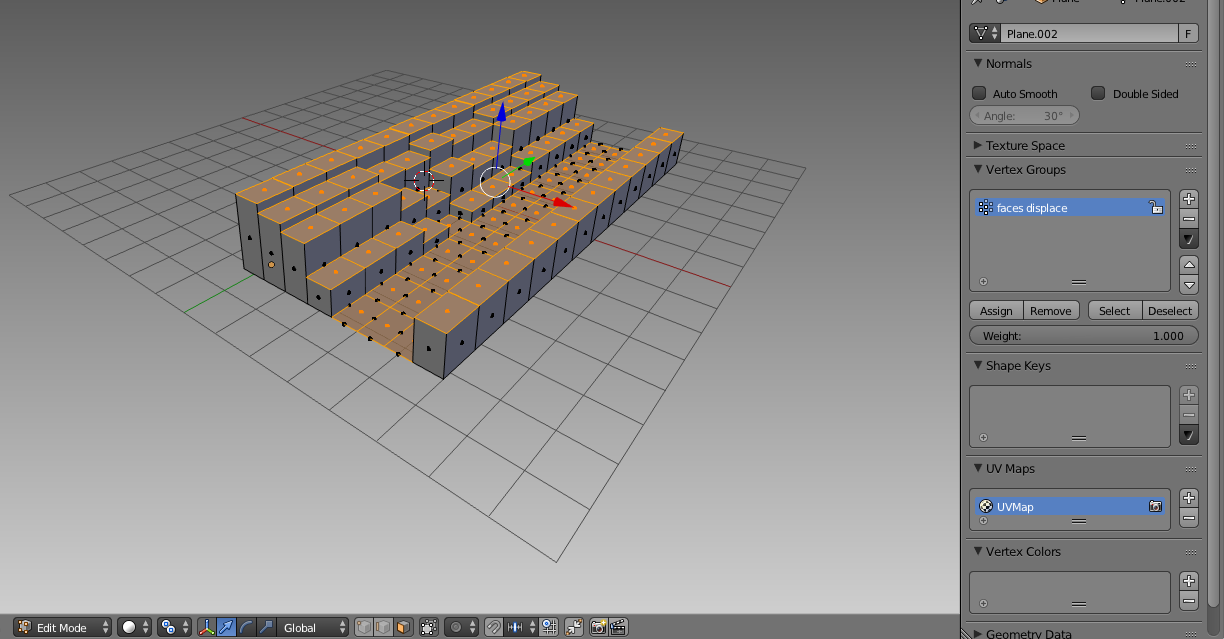 I just realized that you typed out the correct step in #7, however, it seems that you have mistaken the icon per your screenshot on your erroneous one (it's easy to do, because it looks very similar). Be sure to set your pivot point to individual origins.

In the demonstration below, I used two selections for simplification, however when using this mode, Blender will take whatever is selected and calculate an averaged pivot location, and use that.

For this mode, Blender considers the "origin/pivot point" whatever the median pivot would be if you were to use median, and pick only one object. The difference is that it does this on everything selected.

For this mode, anything selected will pivot from the Viewport's 3D cursor location.

This one acts a lot like Median Point, although instead of thinking about calculating a median like origin between object origins, it calculated the extremity boundaries of the items selected, and then brings you to the mid/center point of that (in this example it is hard to tell the difference between Bounding Box & Median Point Pivot Mode.

Not the answer you're looking for? Browse other questions tagged vertex-groups extrude displacement or ask your own question.

2
My 3D Cursor follows my selection cursor everywhere I click. How do I stop this?
1
Origin point different in editmode / objectmode
0
I need to turn one side of a cylinder into a square a leave the other side round

0
Displacement using UV map affecting all maps, not just the one selected
1
Mapping for Displacement Modifier
0
2.79 Multiple displace mods with different uv-maps and textures
0
How to transform (translate, rotate, scale) Vertex Groups using drivers?
1
Baking displacement map: Base mesh is included in the highres output
2
Is there a better method to add uniform thickness to a curve pattern that has been converted into a mesh?
1
Move Faces along individual normals
0
Displace modifier - undesired artifacts in texture
2
How can I make it so that a texture displacement applies to all sides of an object?