How can I remove doubles without creating intersections?

I've got a mesh of a terrain. I'd like to create a simpler version that follows roughly the same shape. I've been using Remove Doubles to do this (which gives me a better result than the Decimate modifier), but have noticed that it can create intersections in the mesh, which causes me problems later on, particularly when using the Boolean modifier.

What's the best way to remove these intersections after removing the doubles (or preventing them from happening)? I'm scripting this process, so would love to hear of any solution that doesn't involve manually selecting visible/invisible faces. Thanks!

Edit: Here's the Blend file in case anyone is interested.

The mesh cleanup tools can help with this, especially limited dissolve. 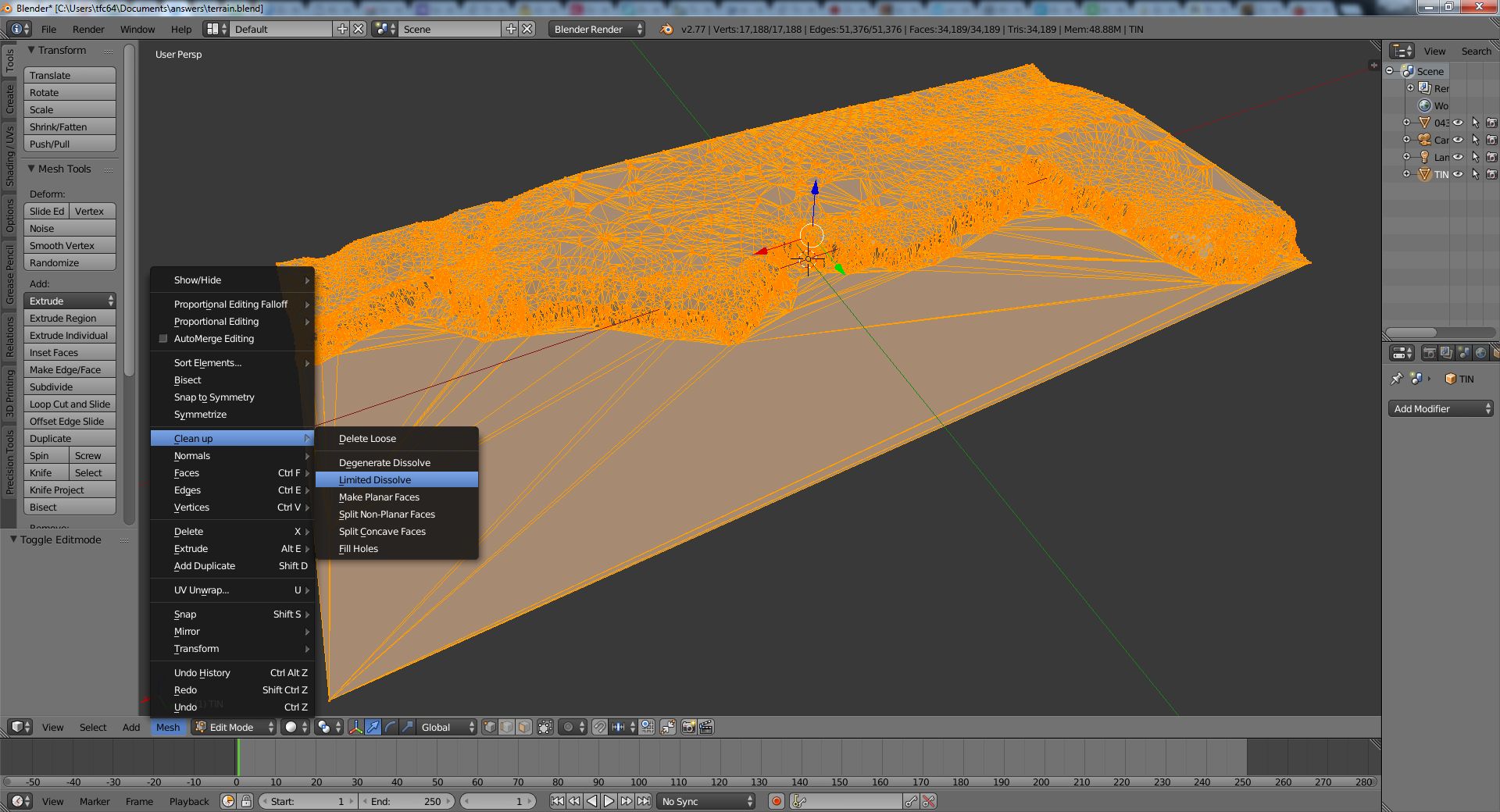 Select all mesh elements in edit mode, then go to the Mesh --> Cleanup --> Limited Dissolve tool. Then triangulate all faces with CtrlT. 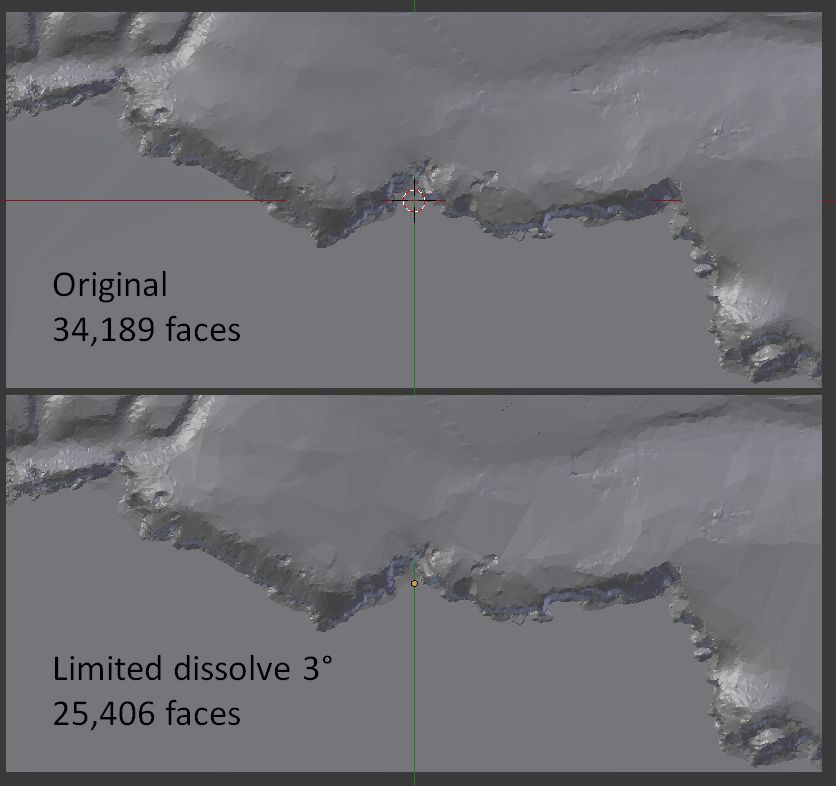 The larger the angle, the stronger the effect.

One of the methods I use to simplify the mesh is Selecting Similar:

The success of this method depends on the nature of the mesh and the edge you select, Blender will select the edges that have similar angles in between the two neighboring faces, dissolving the Edges will remove the Edges non destructively, so it will not create holes.

Hope this works for you.

Not the answer you're looking for? Browse other questions tagged python mesh or ask your own question.

0
Automated way to make “Select interior faces” ignore select faces that are visible to the camera?
0
Weird shadows in render view only
1
How can I clean up Boolean operations?
0
How to combine a voxelmap of cubes?
0
How do you select the interior faces of a cylinder with an array modifier?
2
Fill a mesh of edges without adding new edges or creating non-manifold geometry