How to get a flexible tube to follow a curved path?

Problem: I'm trying to make a flexible tube follow a path I've made with the Path tool (Add > Curve > Path) but even though I've followed a variety of tutorials I can't figure out why my curve just won't allow a tube to follow it.

What I need it to do: I need to control the movement of the tube down the path, stopping at various points for single renders and animating the full movement at the end. The path must pass exactly down the middle of the tube. Please note that this path is located in the middle of a larger object that isn't shown, hence why it is located high above the grid.

The following image shows the path: 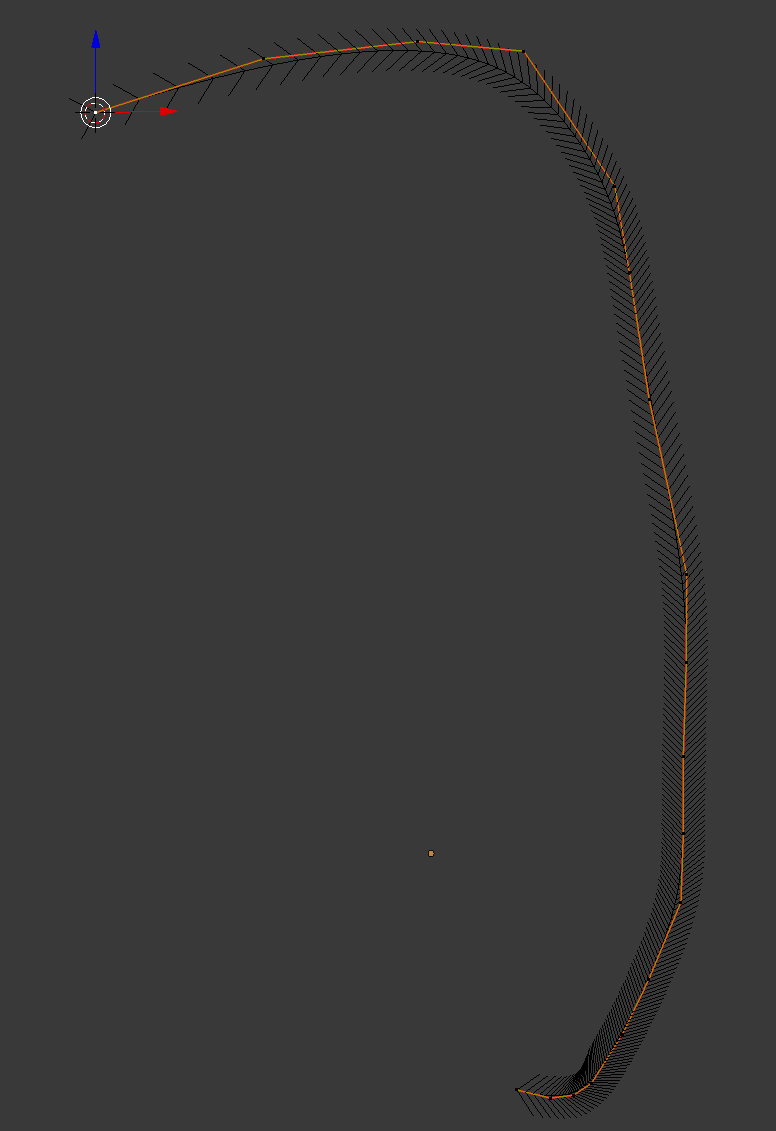 The following image shows the tube in mesh mode:

My current approach: I created the tube by adding a cylinder and adding a series of loop cuts to make it flex when required. I initially tried adding an Array modifier followed by a Curve modifier, and then tried just the curve modifier on its own. But no matter which axis I choose the tube becomes grossly distorted. The closest I can get it is the X-Axis, but even this is not correct, I assume because the path isn't located exactly on any of the axes.

I tried the Follow Path tool, but this also failed. I also tried a Bezier Curve instead of a Path, but no luck. The tube just becomes grossly distorted on all axes.

Your help would be greatly appreciated. I am a newbie, so please be gentle.

One solution is not to use a cyclinder, and use a curve instead.

Add a bezeier circle (add-> curve-> circle) this will determine the diameter of your tube: 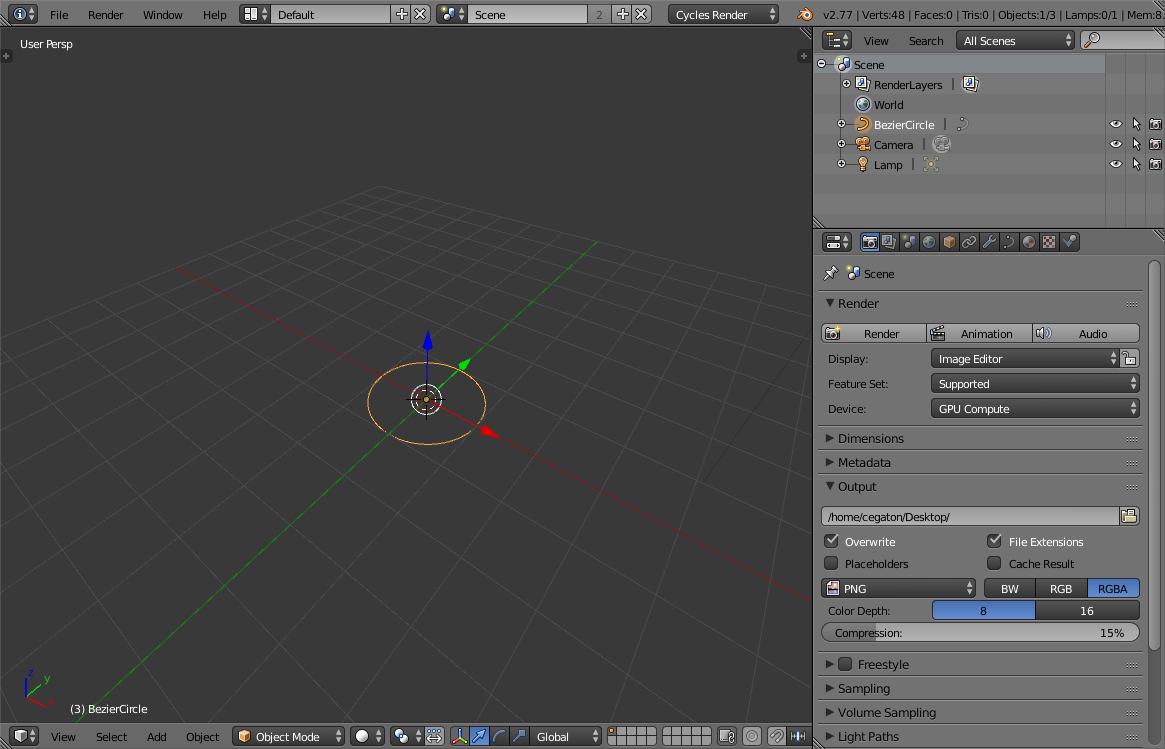 Then add a curve and create with it the shape youi want your tube to follow: 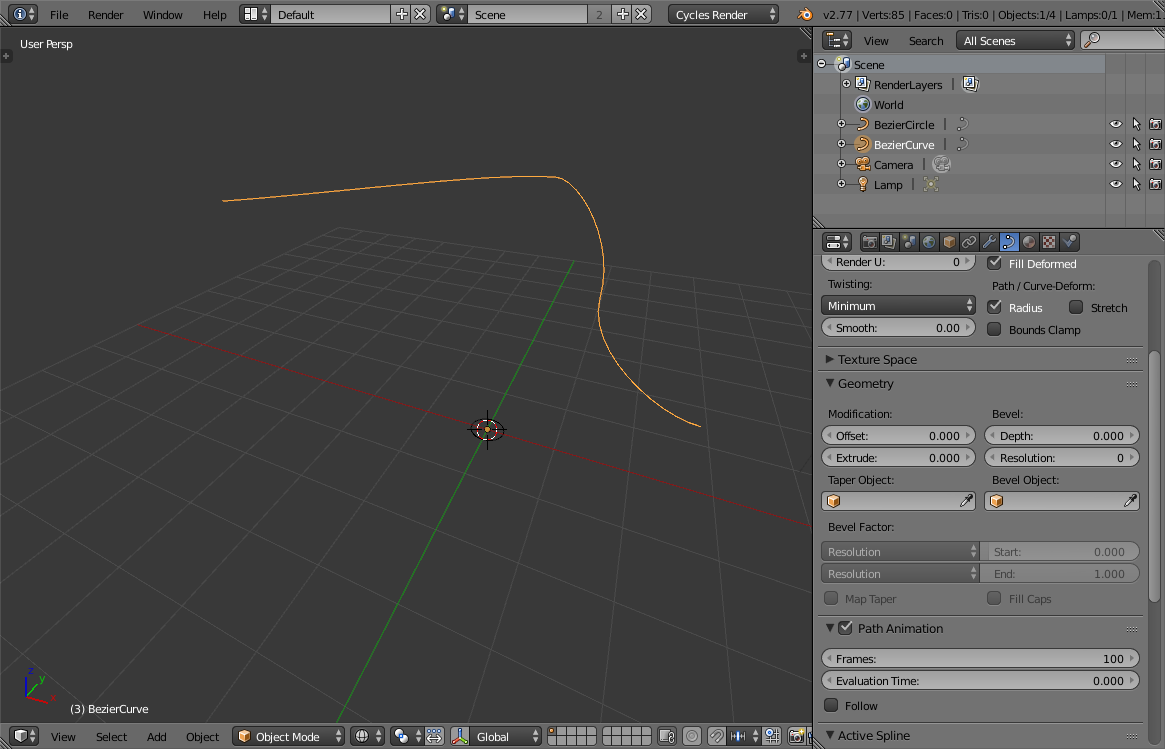 Set the circle as Bevel object for the curve: 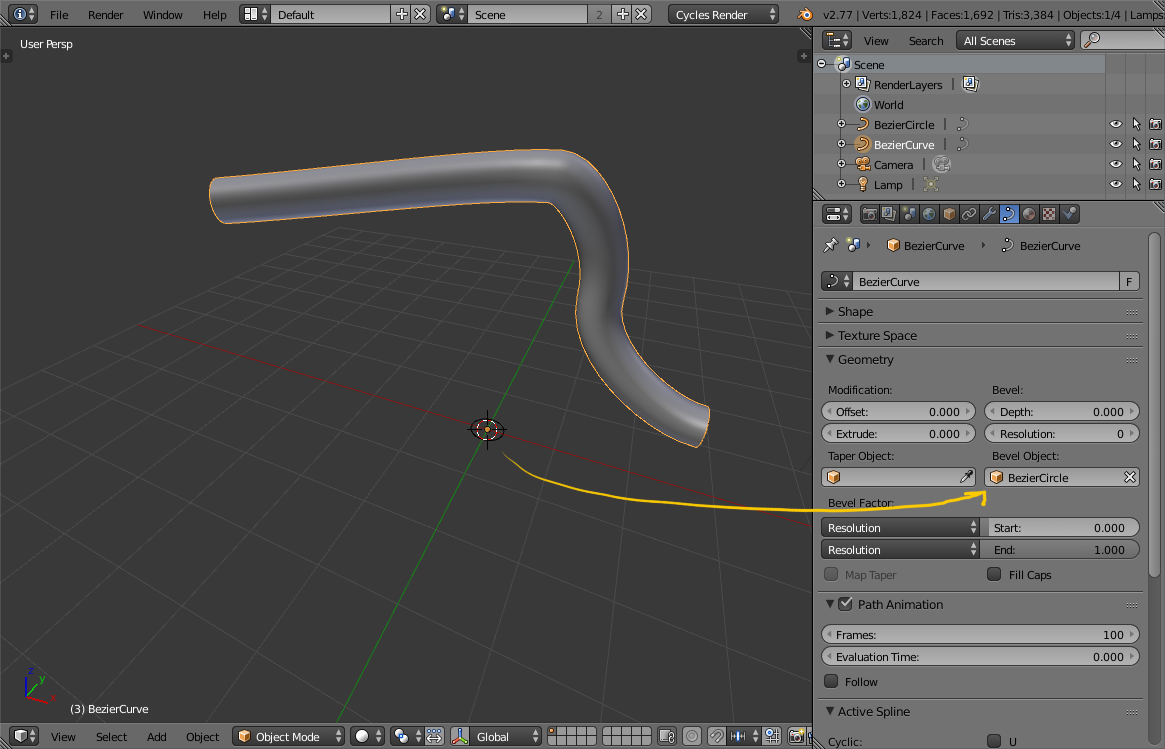 Then you can animate the bevel factor start and end factors to meet your needs:

Problem Solved: Thank you for your help everybody. I solved it the following way:

Finally: Now that you have attached your cylinder to your path you can manipulate your path in any dimension and extrude (in edit mode) and the cylinder will stay connected.

Where I went wrong: I went wrong by creating my path in 3 dimensions first. You need to create it flat, attach the cylinder with the curve modifier, and then move the path in any direction or length you want.

Below is the outcome exactly how I wanted it. I can now slide the cylinder along the path and adjust the paths position and length in all dimensions. 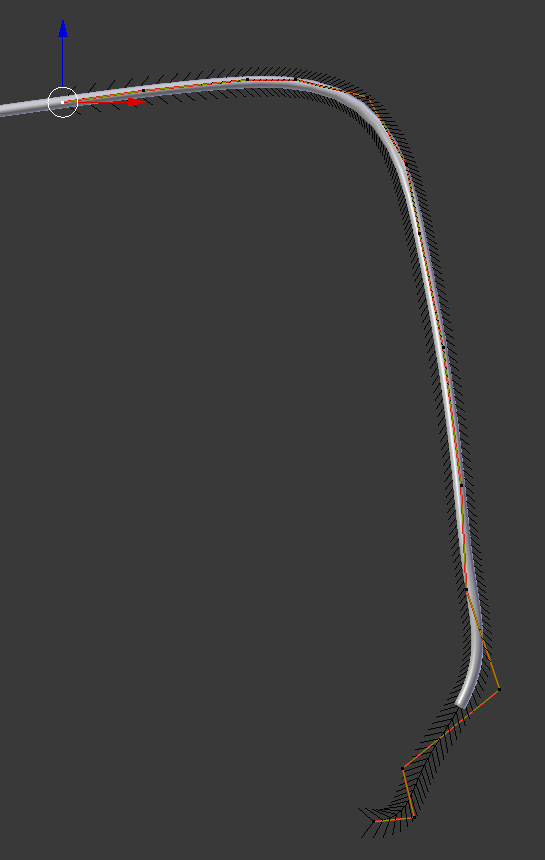 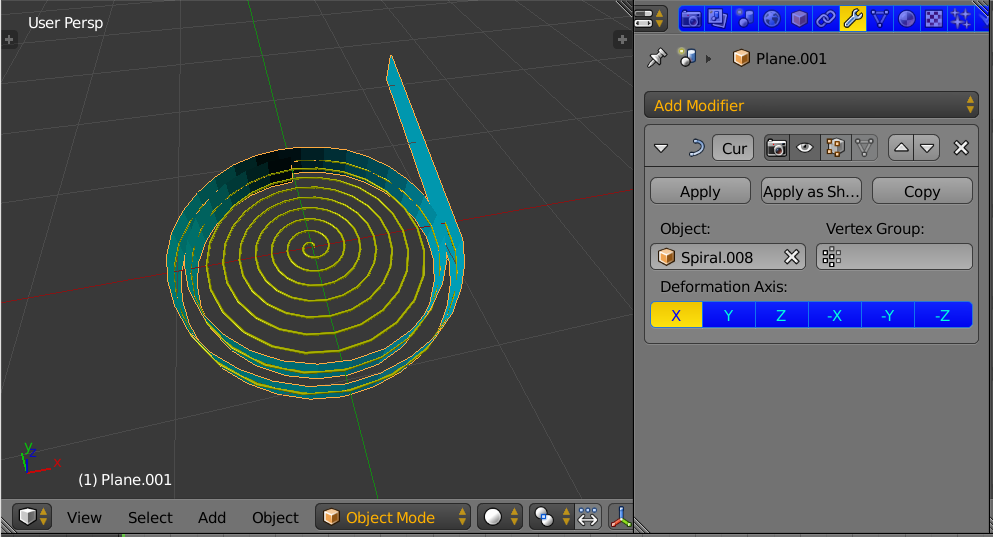 18
How to approach the modeling of duct work, piping, wiring?
1
How to make the cube follow the nurbs path

1
How to use Rigid Body Physics after following path constraint?
8
How do I make a curve in the shape of a simple wave form (sine)?
1
Bending a mesh along spline which it's also following,not working
4
How to reverse camera direction tied to a path?
0
object continues past end of follow path
1
Camera/object shake while following path