The problem is quite simple, I have a static character, which is not rigged, this one is fully unwrapped and textured. Next to it, I have as well, the same mesh, this time rigged and animated, but uvs aren't done yet.

So what I would like to simply do, is to apply uvs from my static mesh to the one animated, as they are the same, that should work whitout any problem. (Although I mostly use this only on statics meshes usually, first time I try with an animated mesh and that doesn't work).

Anyway, I use CTRL+L (the join uvs function in fact). When I open the uvs of my animated mesh, they look good, well unwrapped, but on my model, the texture seems totaly messed up, not applied correctly.

Does anyone know the answer of that question ? The best solution ? 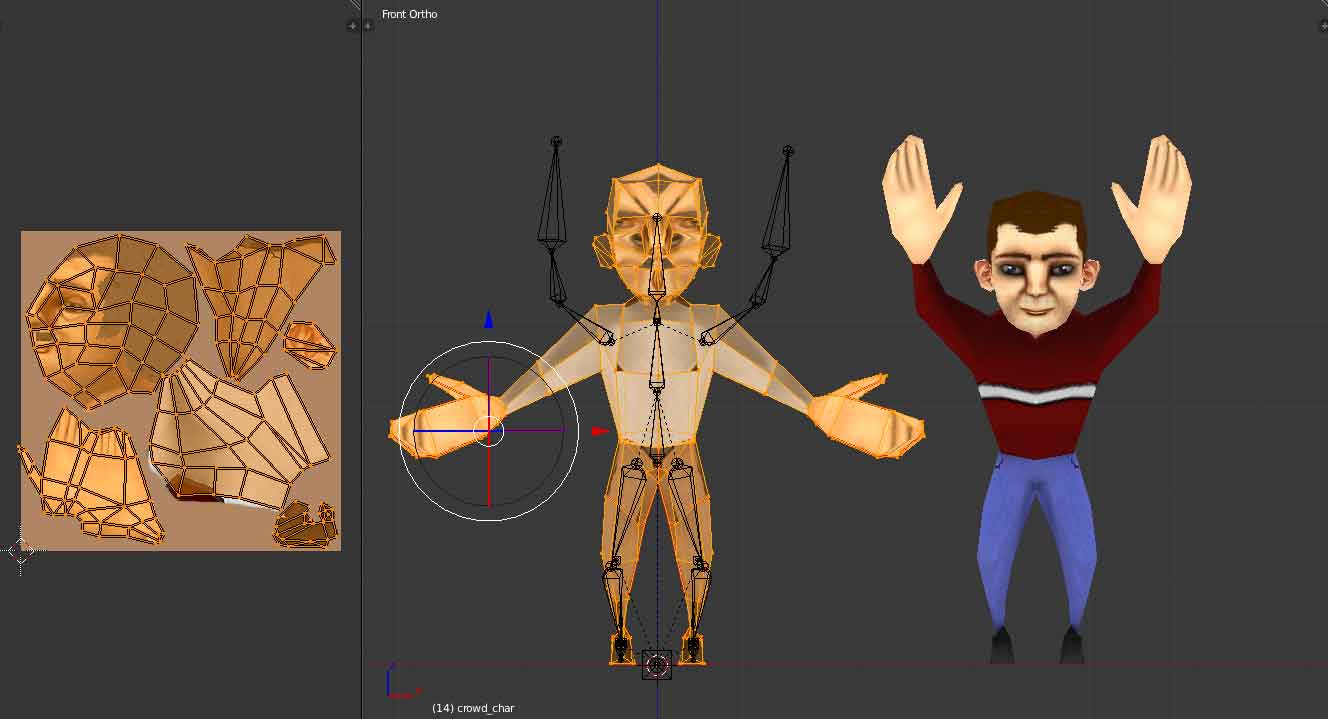 EDIT: Another test with CTRL + L => OBJECT DATA, this time the mesh has the texture applied well, but gets deformed.

EDIT2: I just would like to mention also this. To be sure it doesn't come from these manipulations. In fact, at first, I received the animated mesh, but the uvs were not done, so what I did, is I applied the armature of this animated mesh, which was mirrored, to get a static mesh. From that mesh, I started to create the uvs. But, I deleted the half of the mesh, to work on my uvs, and then, once the uvs were done, I applied again a mirror modifier, this way I could save some uvs space (as you can seen on the screengrab below).. Do you think the fact I can't copy my uvs to the animated mesh could come from these manipulations I had done previously !?

Select the object you want to copy UV map to, then the source object. Execute Ctrl-L > Transfer UV Layouts. If you're using an older version of Blender, it's in UV Maps property group's dropdown button. This will work flawlessly only if both are exactly the same, no vertices/edges added or removed. 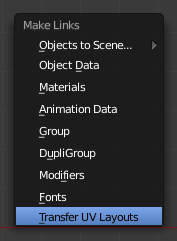 You still need to edit the destination object's texture to use the right UV map, afterwards. 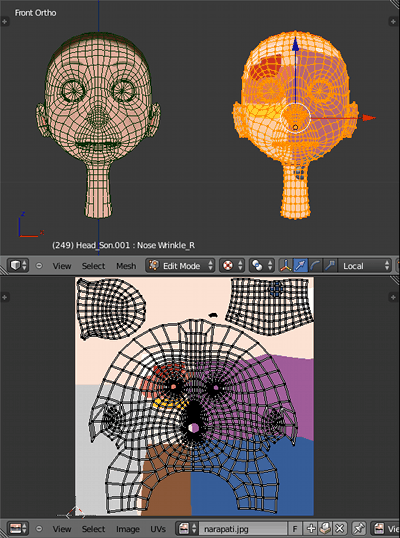 To fix this, make sure the image file being displayed on Image Editor is the same, when both objects are edited. This doesn't affect how they're rendered, though.

thanks for your help, but after some hours looking for a solution, It seems, It's now working corretly. It seems I've found a way to fix it.

The way I've just done it:

1) I deleted the half of the animated and rigged character (I left the skeleton, I just deleted the faces once again).

2)I deleted as well the half of the static mesh which has overlapped uvs (as a mirror had been applied just after I had done the uvs on the hald of the mesh, uvs were still good).

3) I copied the uvs from my static mesh, to the destination object (the animated character) => CTRL+L -> transfer uvs LAYOUT, and magic, it works !!!

I don't fully understand why this way it works, but maybe It's related to the fact my uvs were at first overlapped...

I hope I was enough clear... Thanks once again for the time you put to fix my prob :) !

12
Can I transfer an already made UV to another object?

3
Why does exporting FBX to Unity mess up my UVs
3
UVs resetting to same random pattern when I close the file
1
Copying UVs from a high to low poly model?
0
Using two or more separate UV maps and textures on the same material and model
4
My UVs are not in the same scale when I apply 'Average Island Scale'
1
Is it possible to unwrap genus-0 mesh so each vert has one and only unique uv?