How to make a waxy, deep-sea-fish material?

I am trying to make a material for a sea monster that looks like a deep-sea creature. They have skin that seems slimy, waxy, and slightly translucent, as shown in these reference images: 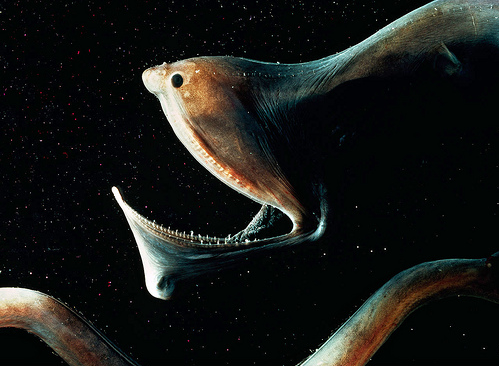 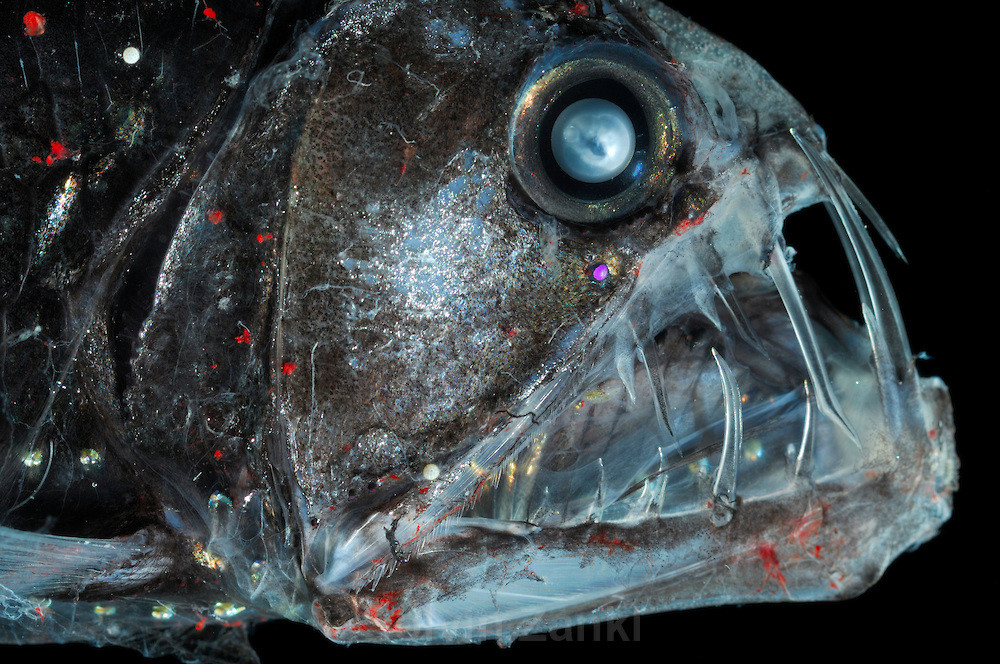 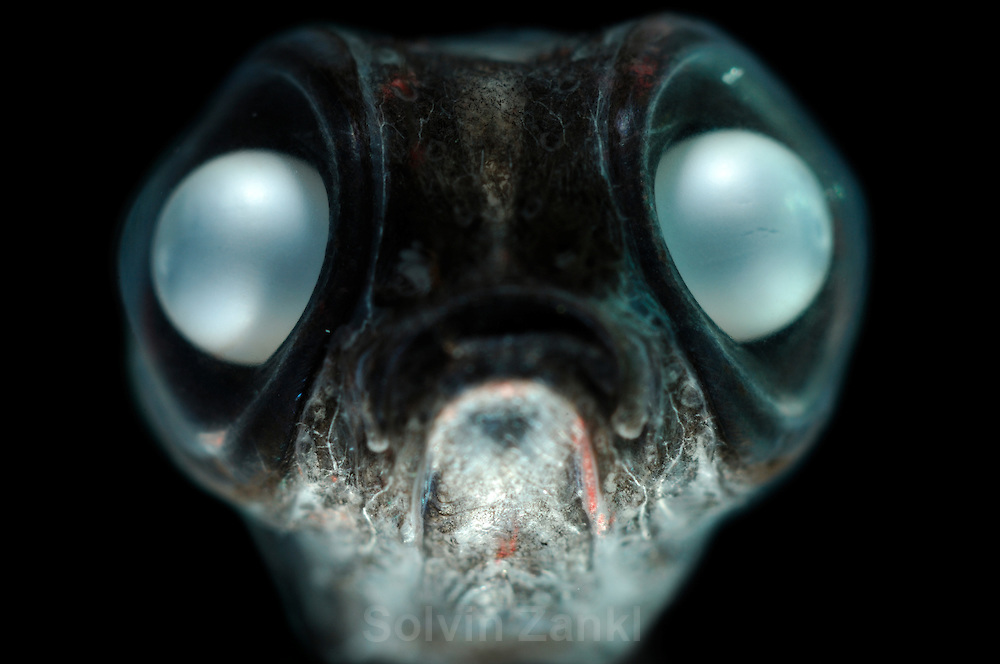 My first thought was to use a translucent shader and mix it with some SSS to simulate the light bouncing underneath the skin, but that was a failure. I want to get some of that "nastiness" particularly visible in the second image, which I think would involve making an underlayer of pale transparent skin then blending a scaly layer on top.

I had these eyeballs floating around, and I decided to try to make a deep sea fish material with them since the iris texture kind of somewhat a little bit resembles a deep sea fish's skin. Anyway, here's what I got 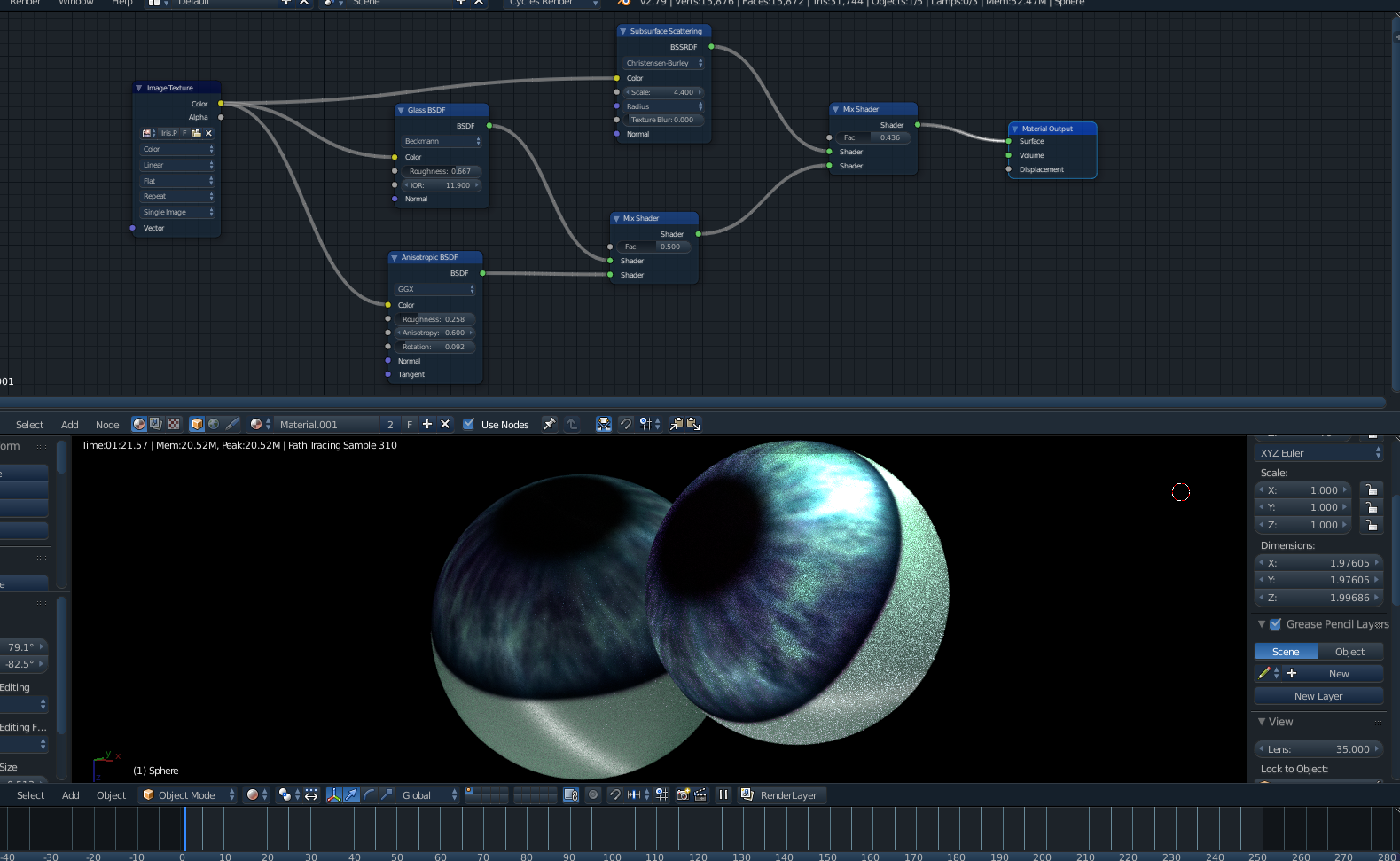 Basically, I started out with an iris image texture (which you would substitute for a deep sea fish skin texture) and then I threw together some shaders that I thought looked good. The main shader that you'll need to use is the Subsurface Scattering shader. I also recommend checking out this awesome tutorial on all the others (well, including the Subserface one).

For the first fish, it looks like you would start out with a pretty basic texture which you'd have to paint or unwrap around the entire model. Then you would set the color output of the texture node to the color input of the Subsurface Scattering. That node will be your main node as there is a huge amount of subsurface scattering in the picture meaning a high "scale" and probably a large radius (especially for the red, 1st, channel). You might also want to add in a translucent shader if it looks good. It also seems that the chin has a different material. It looks at least more diffuse if not a different texture altogether.

The second fish looks like it has a translucent blue texture masked over by a harder, glossy texture that looks like a broken layer of gold on the fish's skin. I don't quite know how you would achieve that effect other than creating a shell mesh to cover the skin. Maybe you could figure something out with texture paint of something (can you paint materials? If so, that would work).

The main thing is having a good starting texture, having a general idea of what look you're trying to get, and experimenting with different shaders both alone adn mixed into the rest of the material to see how it contributes, whether good, bad, or not at all.