Can I make 3D spheres to deform/pulse in sync with audio?

How can I make a sphere-like object pulsate with the beat of a song? Is this possible to do in Blender, or do I need to get Adobe After Effects?

Here is an example of what I mean: https://www.youtube.com/channel/UC_aEa8K-EOJ3D6gOs7HcyNg

I had so much fun re-creating this effect that I ended up doing it twice. You can see the final results (with sound) here.

Unfortunately a step-by-step guide to creating exactly what I made would be a bit long for an answer, so instead I'll summarize the process, with lots of links to other more specific answers.

The basic idea is this:

With that in mind, I used a cube with some modifiers to create the sphere: 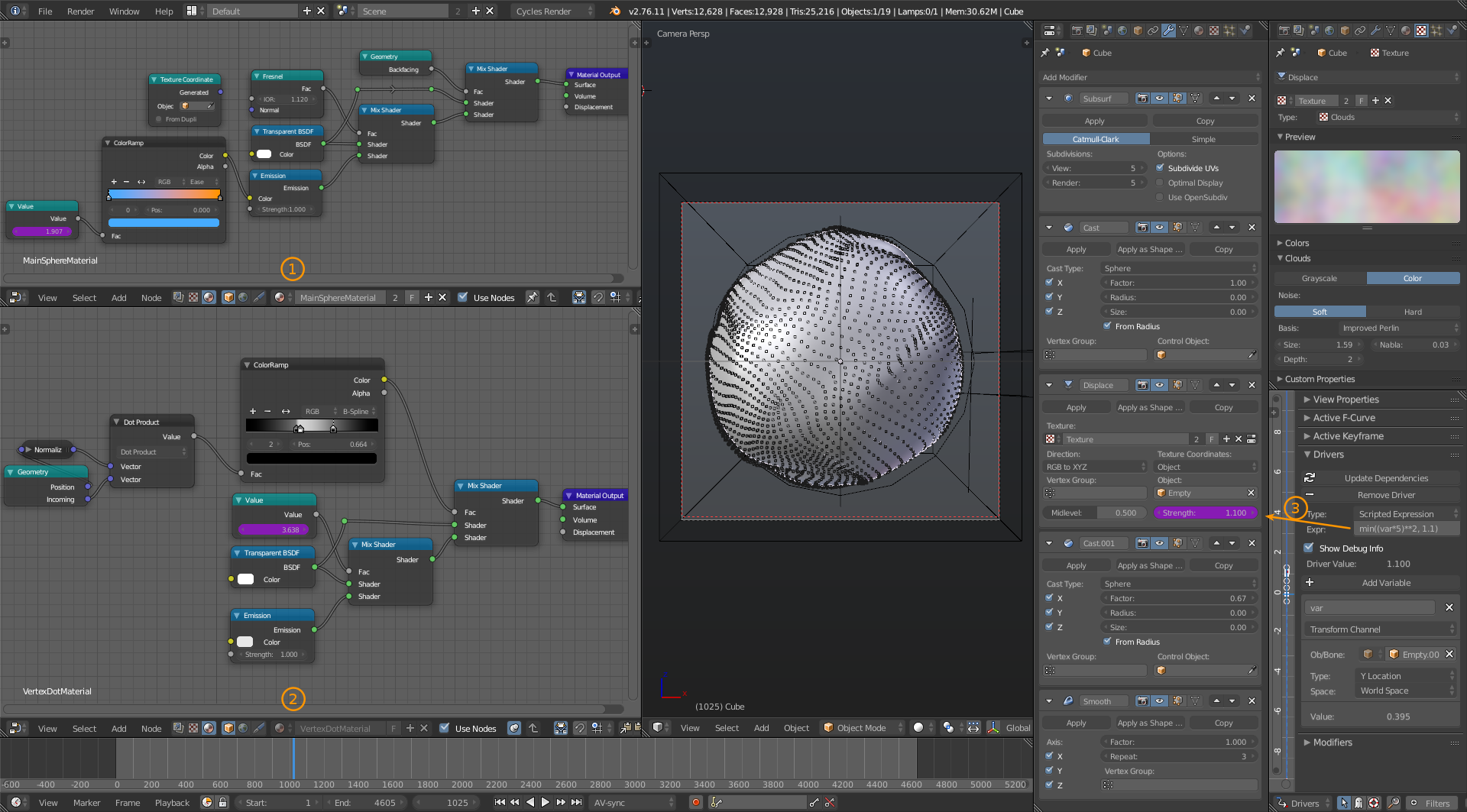 Other points of interest in this screenshot:

To create the dots I duplicated this cube and used dupliverts to render the second cube's vertices as icospheres, and added a driver to the subdivision level on the subsurf modifier.

This is super easy & Fun:

Not the answer you're looking for? Browse other questions tagged animation audio or ask your own question.

19
Is it possible to render vertices in Blender?
7
Cycles Node to tell Distance from an Empty
6
How to move an object with sound?
3
How to achieve a dotted landscape

9
How to make a circular swipe?
1
Synchronizing animation with a beat
0
VSE: Imported audio not in-sync with video after 10 minutes
4
Make a line animation that is thicker at the start and thinner at the end?
4
How to do this type of trailing effects?