I'm trying to apply textures to a 3D character that I have modelled following a tutorial where has been used blender 2.66.1,while I'm using blender 2.76. At a certain point,I see there are differences between versions. As you can see from the pictures,if I do "CTRL + L",the last item is called "Transfer UV map",while in the tutorial the same feature is called "Join as UVs". I'm not experienced but I think that since there is a difference,I have to follow another procedure than that used on the tutorial. Also because,on the tutorial the 4 claws are the same size but my model has 4 claws of different size. 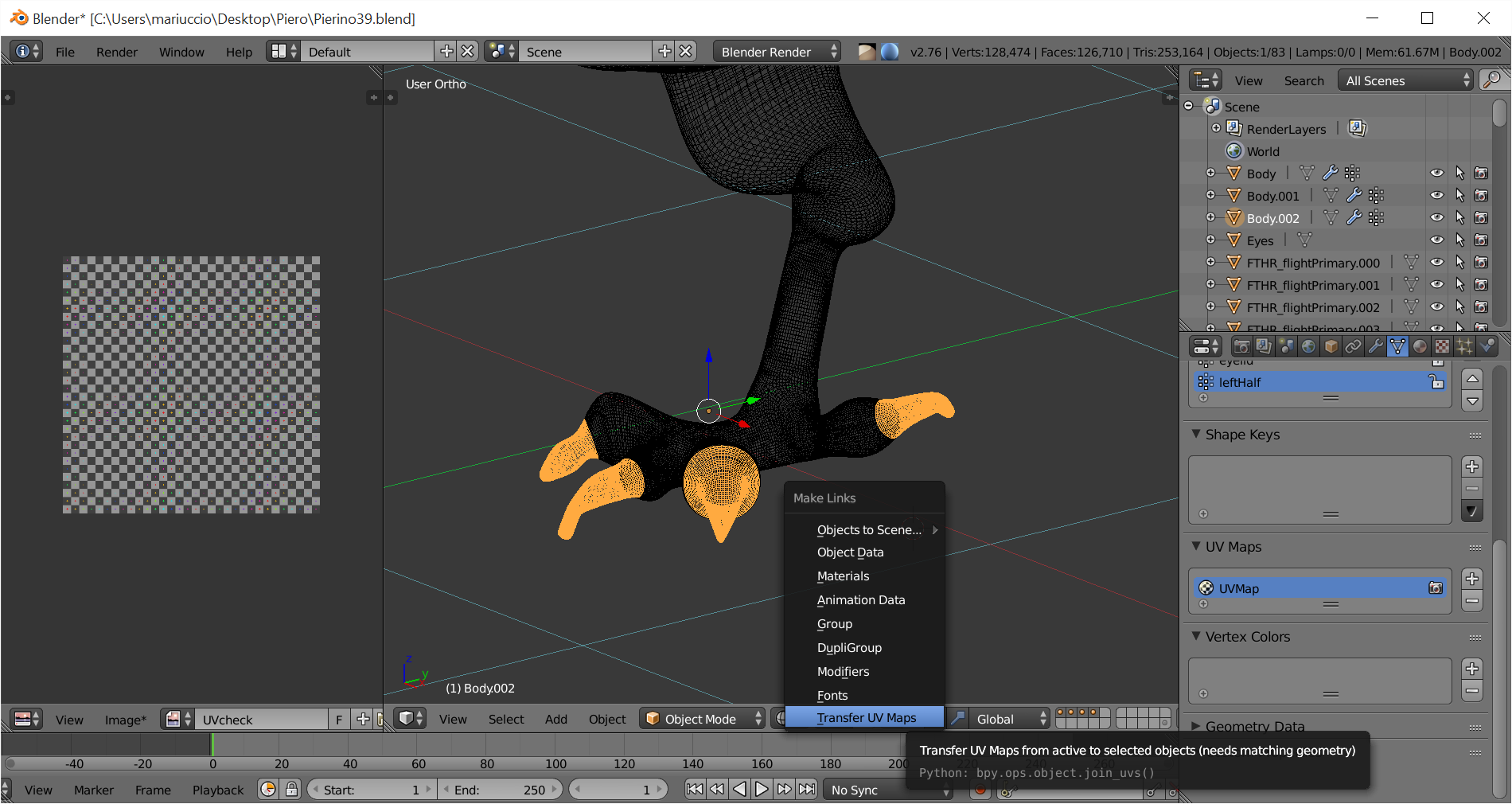 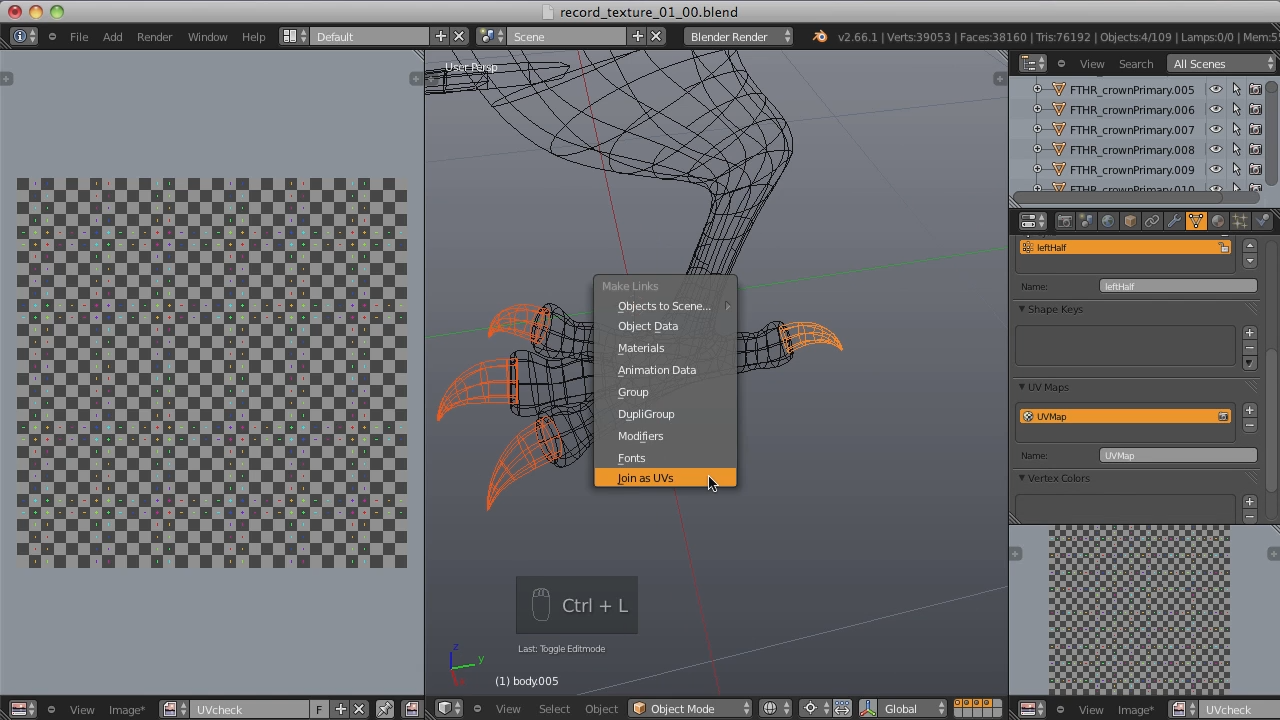 I have separated (with P in edit mode) claws from the rest of the body and this is what happens when I try to transfer the UV maps of two claws : 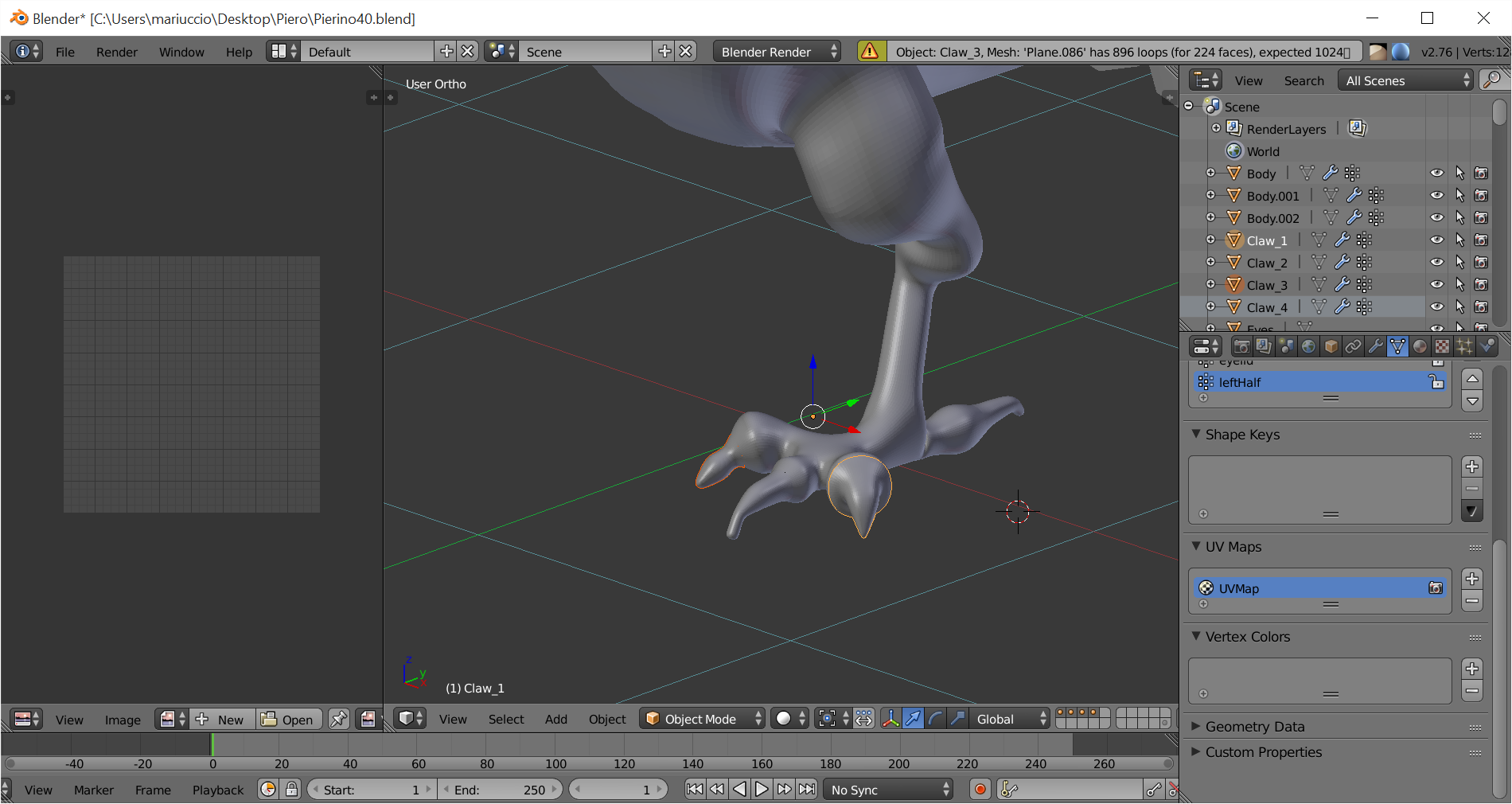 So,what should I do at this point ? thanks.

The operator name from "Join as UV" in 2.66 is the same as the one used in 2.76 for "Transfer UV Maps" - bpy.ops.object.join_uvs() which would indicate that the description has been changed to better describe the function that is performed while the function performed is the same, meaning you should use Transfer UV Maps in a newer version of blender to do the same thing.

In the current release it is described as

While back in 2.66 it was described as

Not the answer you're looking for? Browse other questions tagged mesh texturing uv linked-data uv-image-editor or ask your own question.

1
UVs shown when faces of another material selected
1
Exporting UV maps to Gimp
1
How do I separate 1 Vertex that has 2 UVs?
1
UV Wrapping not correct - it takes the upper side, but is not the same expected result
1
Missing UVs, Detected!