When you subdivide a cube into 9 smaller cubes,
how to separate them so that between each smaller cubes is a gap ?

If you want individual smaller cubes it would be easier to generate them with an array rather than subdividing a large cube. This is because when you subdivide, Blender doesn't generate internal faces.

At this point you should have something that looks like a subdivided cube. 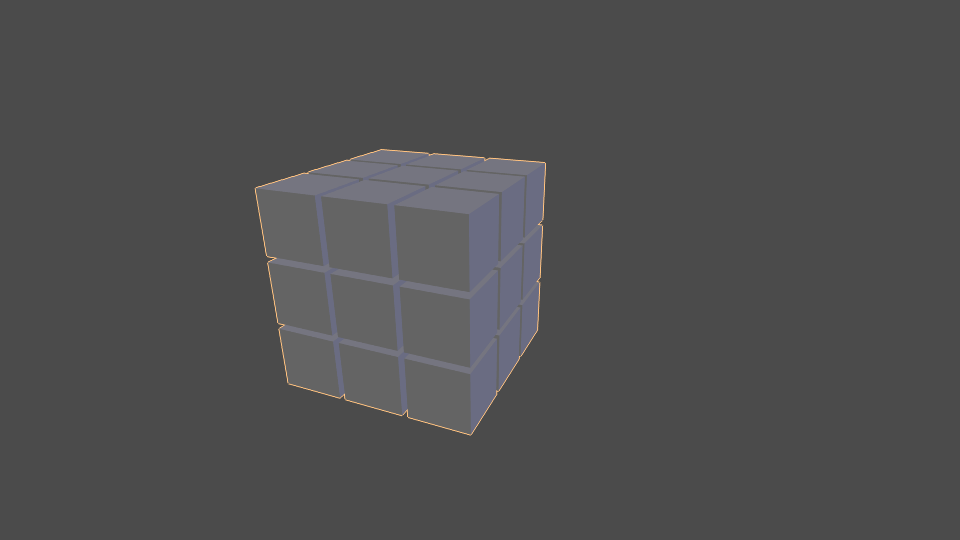 To convert to a single mesh object, select the object then press Alt+C to bring up the Convert To menu then select Mesh from Curve/Meta/Surf/Text. 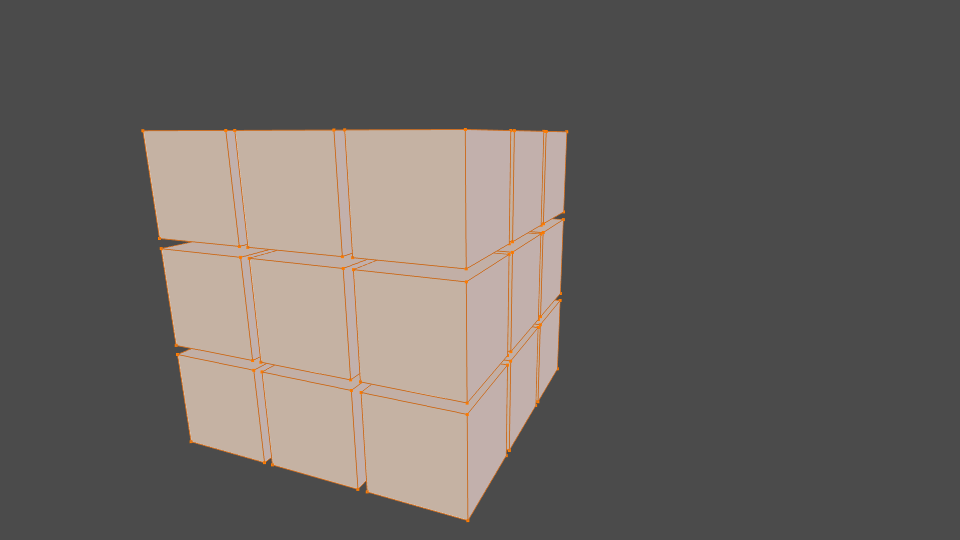 If you want small cubes not to be as individual meshes but still to have a gap between them then I think you want to inset faces of original cube and extrude insetted parts.

3
How to subdivide a mesh where it intersects another mesh
7
Make gap even thickness?
4
Subdivide a face into 1 x 1 squares
1
Select whole object parts after it has already seams?
2
How do I measure half the length of a specific part of an object in Blender (3D modeling software)?
3
How to merge a leg inside a shoe? (physically not connected)
0
Modelling one irregular surface to fit against another