I'm trying to fade out an object by using a transparency BSDF. With Transparency set to 0 it looks like: 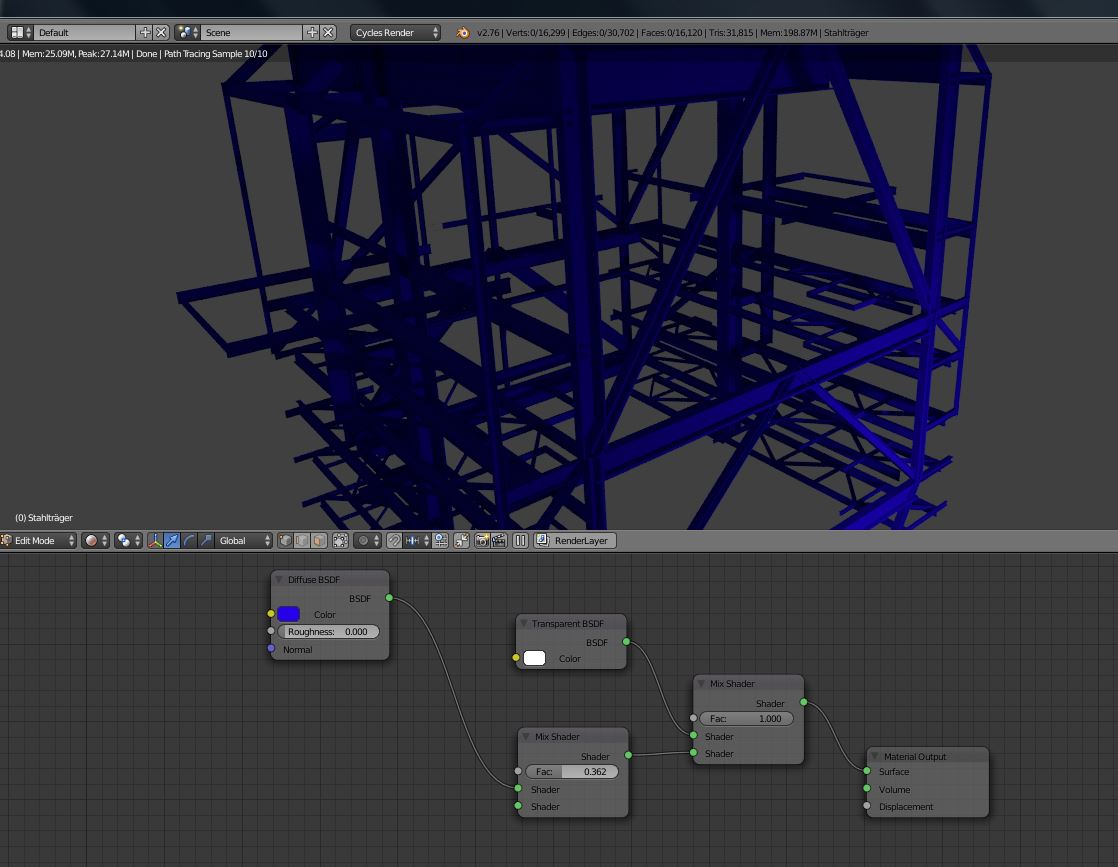 When turning the transparency up to 100% to get the structure opaque I get this result: 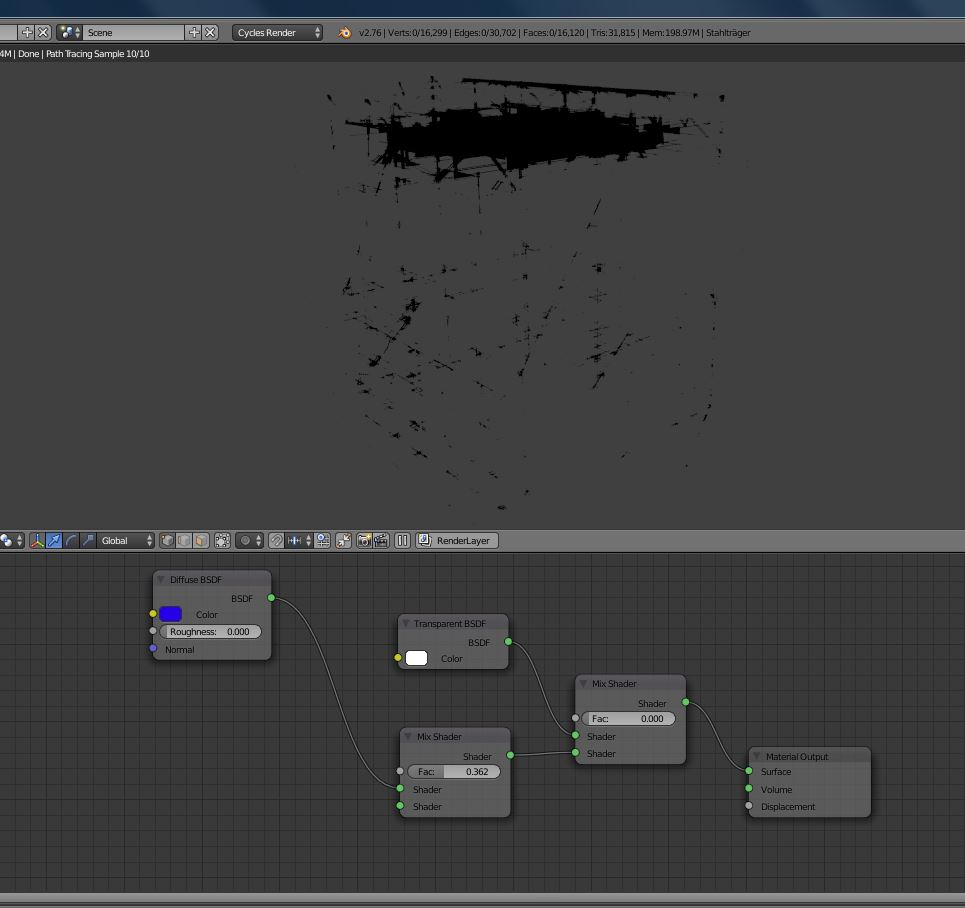 I have no idea where those dark areas are coming from. The mesh I'm using has been imported from an obj file and was originaly created with a CAD software. I have tried to recalculate surfaces and removed all doubles, but I'm still getting those dark areas.

As I want to use it in an animation I think I could turn up transparency and just before it should go 100% transparent I'd set a keyframe on Restrict Rendering in Object Explorer, but I think it still might look a bit "harsh".

Does anyone has an idea, what could be wrong?

Browse other questions tagged cycles-render-engine transparency or ask your own question.

17
Black artifacts when looking through many transparent objects?