How can I drive the Switch nodes True/False value?

In the compositor I would like to add a driver to the Switch Node. I want to watch a frame value from a VSE strip.
When the current frame count equals the Strip start frame I want to switch the node.

Here is an example of what I hope to achieve:

Of course what I have entered is unformatted nonsense. And the switch node expects to return a true or false, not a value. 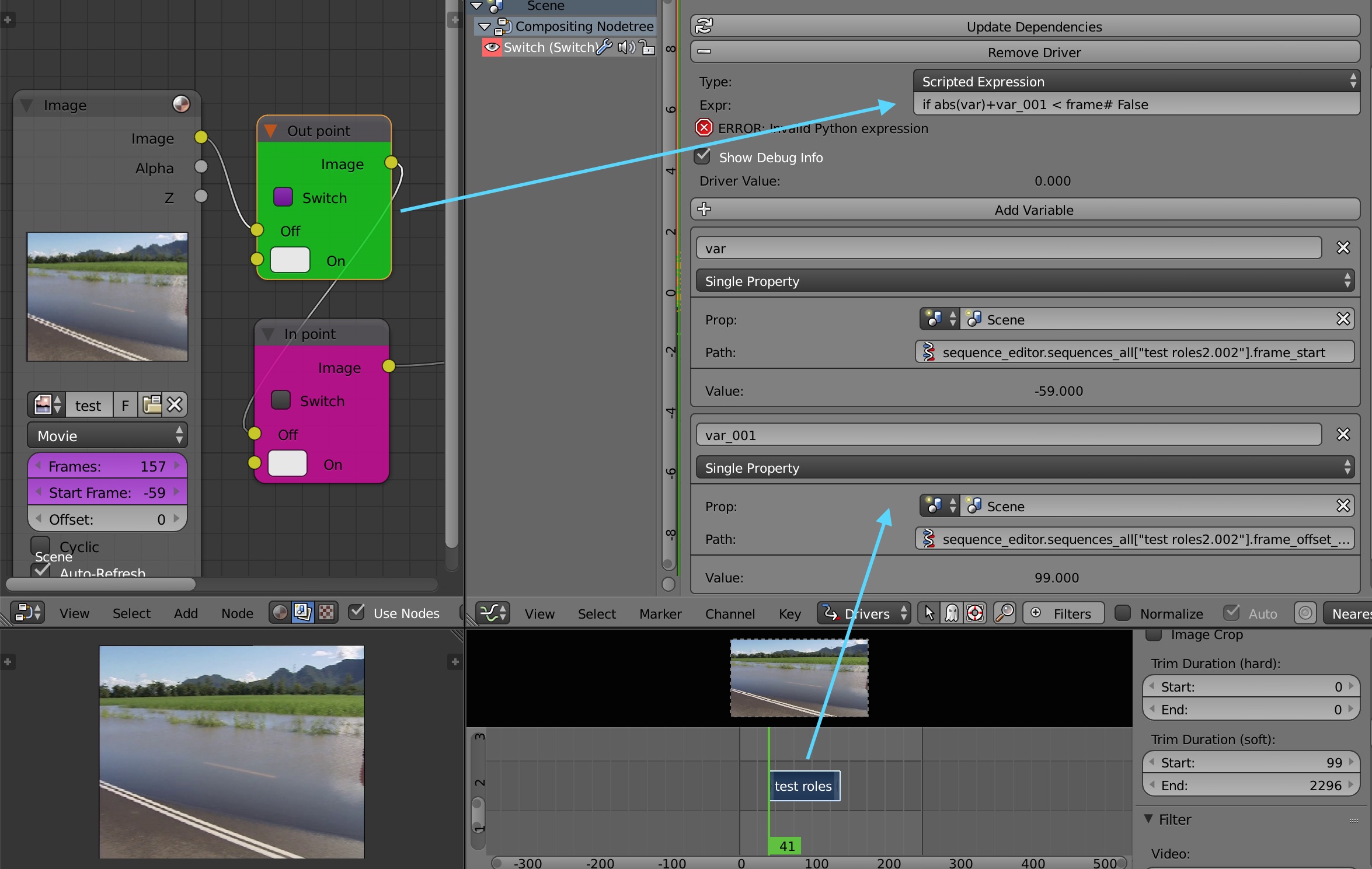 Can I define the abs(var)+var_001 (it is the VSE strip trimmed start time) as a function of some sort to call elsewhere? It's a pain to define it all the time.

It works for me with the plain Expr: abs(var) < frame. So basically you just need a Boolean expression (omit the if in your expression) for it to drive the Switch. Basically any numerical result below 1.0 will result in Off and starting from 1.0 and above will result in On.

You can put something like (abs(var) < frame) and (abs(var) + var_001 > frame) into the box to evaluate only True during the duration of your Strip after you changed your var_001 to the frame_final_duration.

Furthermore you could Copy'n'Paste drivers if you want to use them again.

When you want to use your own function to add more complicated stuff like conditional expressions, stick to the Example code in the documentation about the Driver Namespace:

This script will add a function to the driver namespace, which can then be used in the expression driver_func(frame):

But giving your variables meaningful names as soon as possible is a good practise... ;-)

Not the answer you're looking for? Browse other questions tagged python compositor video-sequence-editor or ask your own question.

3
How to create a PyDriver in blender 2.7
4
Why is “Copy Data Path” path different from the tooltip's path?
2
Interlace frame numbers with file output node
1
How can I switch connected Falloff nodes on a keyframe?
0
Export VSE edits to Avidemux

6
Does the compositor have a node that will let me switch between images containing alpha channels?
0
Checking if boolean true or false not working
2
Sub-frames and the File Output Node
2
Video Sequence Editor: playback lag after stripchange
2
Create a “global” value for multiple settings
0
Animation Nodes: Trigger Action, Save Value if Frame Matches?
2
How to wait the finish of the bpy.ops.render.render('INVOKE_DEFAULT',animation=False, write_still=True)?
2
True False Drivers