How can I fix an unintended hole in my mesh? 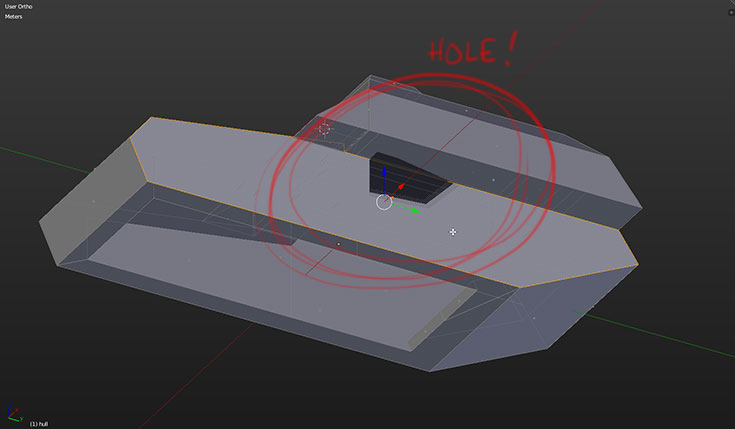 I've created a hollow object with a Boolean Difference, but it has left a hole in the mesh that I can't seem to fix. There are no vertices on the periphery of the hole itself, and it extends across two faces at right angles to each other.

When I look inside the hollow (as far as I can), I see that there are "shadow" connections between vertices that I would have expected to be unrelated.

I've attached a link to the file in a state prior to my messing around trying to fix it (approx. 10MB)

You have some manifold Geometry inside of your mesh. You can select the affected edges or vertices with Ctrl Shift Alt M in Edit Mode: 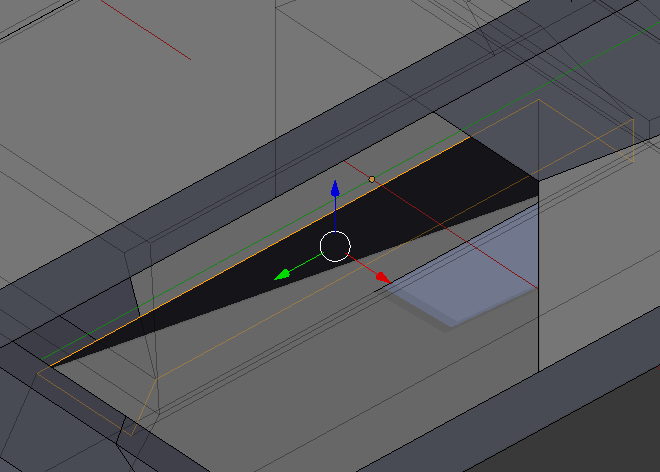 You need to delete every connected Face and readd it manually in a "logical and watertight, clean" way.

After you corrected this - you need to delete this one face which isn't connected in one flat plane but with many of these vertices that got selected - you will get quite a clean tank model without holes ;-) 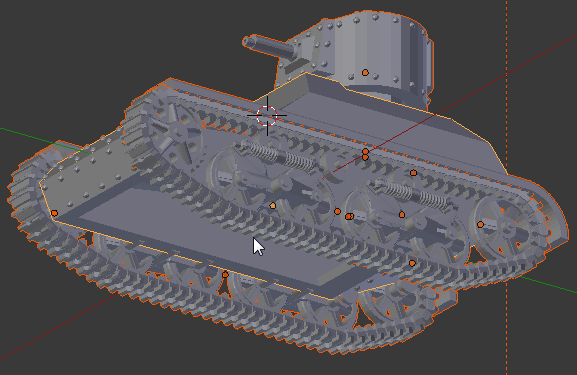 There is no hole in the mesh, but a non-planar n-gon (a polygon with more than 4 vertices) that is ovelapping on top another face.

You should delete it and try to reconnect the remaining geometry using quads...

2
How to "Reverse Engineer" mesh created out of smooth curves with a missing chunk?
1
How do I clean up unintended mesh inside a mesh?
0
How can I fix this? Blender Mesh Problem
1
shadows on faces with no source
1
How can i fill a hole in this mesh
0
Unwanted surface on top