Is there a way to get the particles in the correct orientation to the emitter and not rotated at varying angles? (see image)

My relevant settings are:

In the image example it looks like the normal interpolates between each adjoining face's normal to rotate the particle. I'm also noticing that when the object rotates the particles spin which is also an unwanted effect. Is the normal acting as the axis for a quaternion? 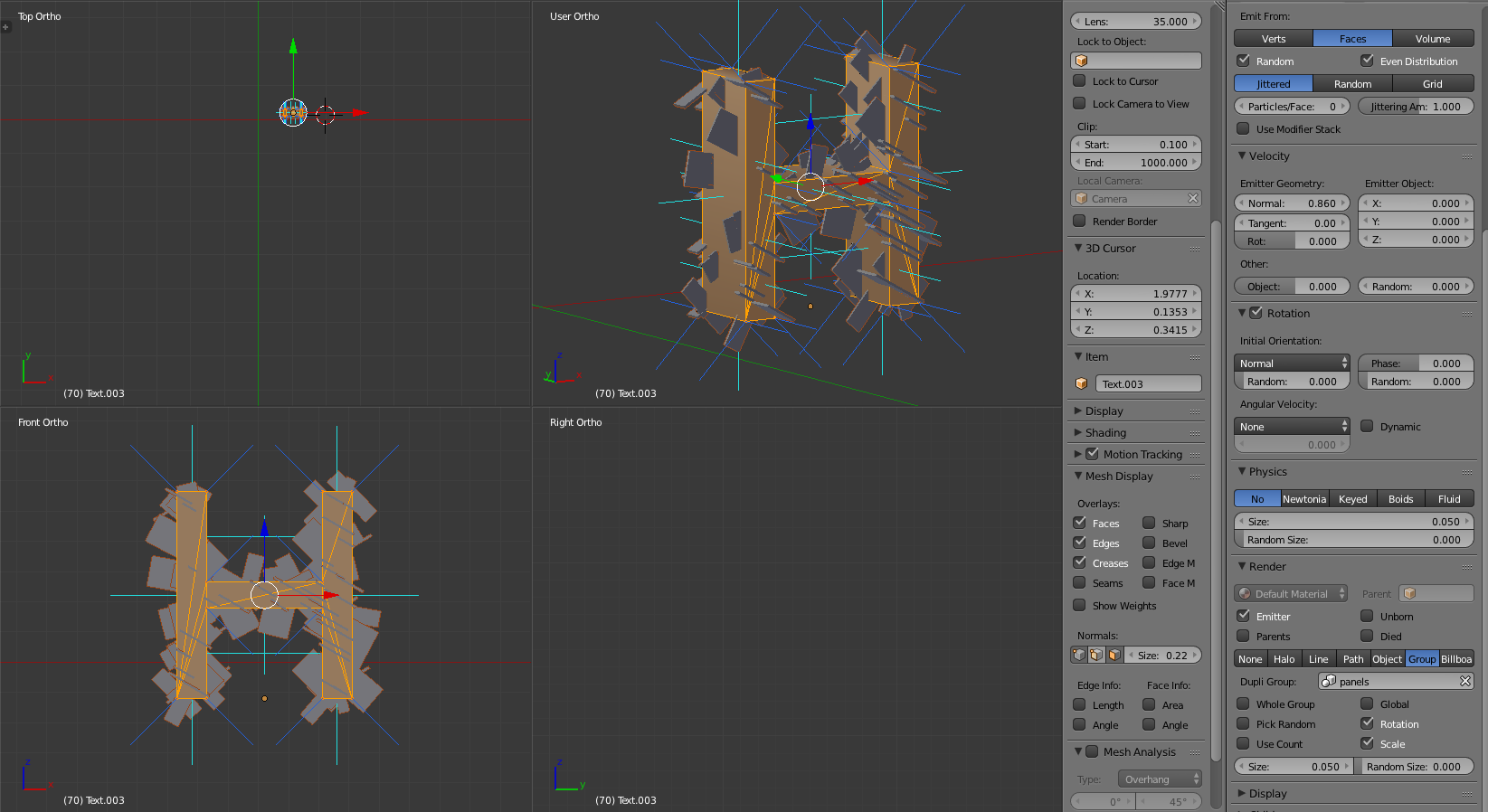 I cannot recreate this interpolation problem with a cube primitive (gives correct behavior) but when rotating the cube (emitter), the faces with the z-axis, causes the particles to move. cube created in v.276. 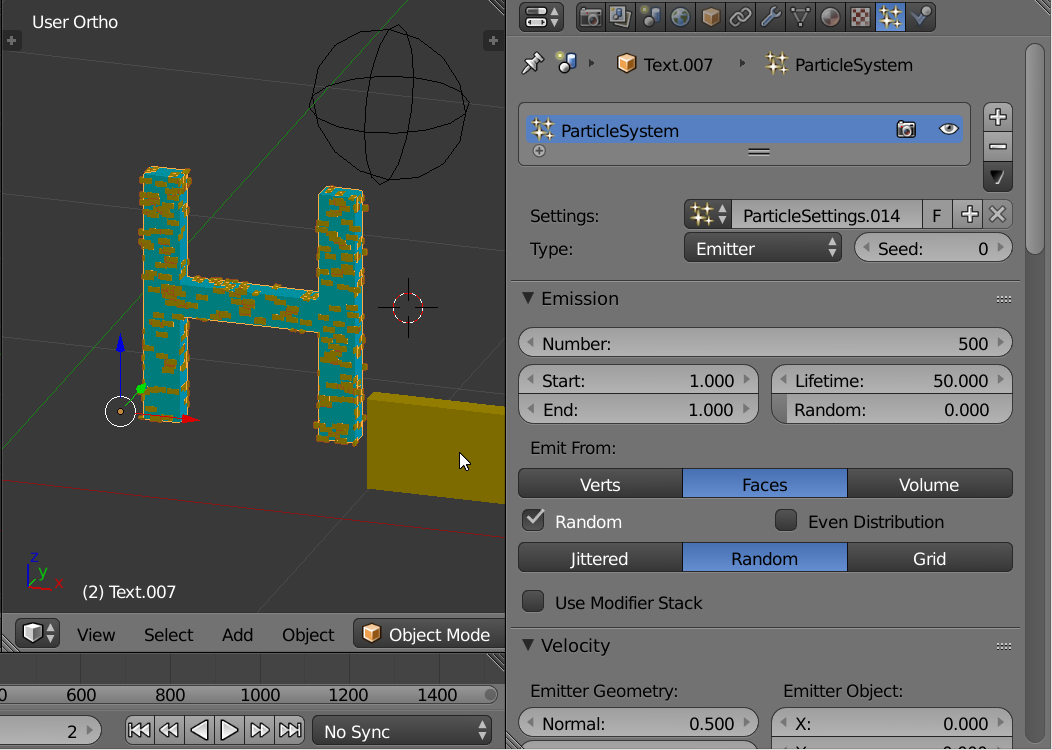 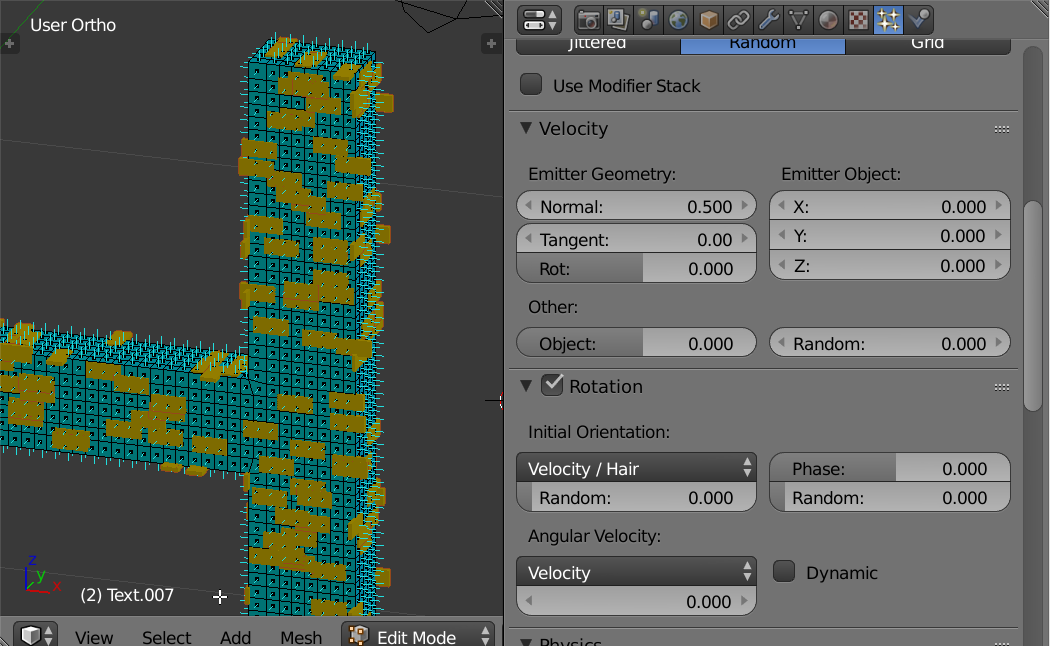 Image above shows the results of Remesh Modifier with Apply.

Not the answer you're looking for? Browse other questions tagged particles normals or ask your own question.

8
Is it possible to effect the spawning direction of a particle with a normal map?
3
Set normal orientation of origin
1
How to emit hair particles according to the normal of the emitter face?
2
Random particle rotation
0
Hair particle system rotation is not working
1
Wrong Particle Rotation?
0
Particle System > Advanced > Rotation Orientation Axis = Not Working