How can I 'lock' the position of an object when applying curve displacement?

I'm trying to simulate quickly the waving of a flag by deforming it with a curve modifier and moving that modifier along it's local x-axis, giving the impression that it's waving and allowing it to be easily looped. However, moving the curve also shifts the position of the 'fabric' around. Images below:

Before moving the curve: 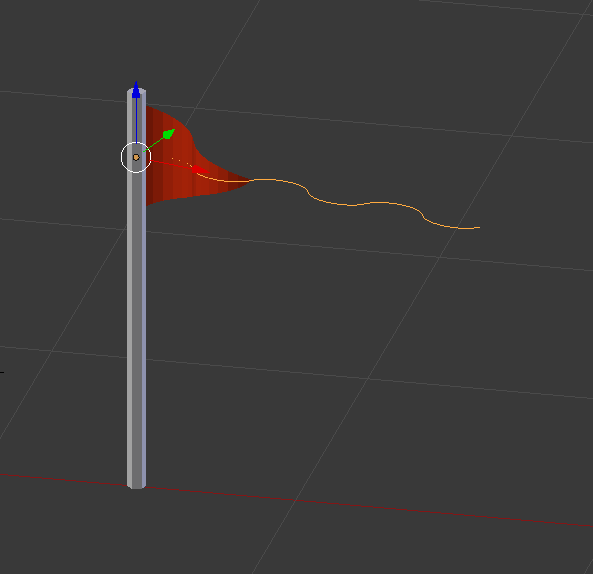 After moving the curve: 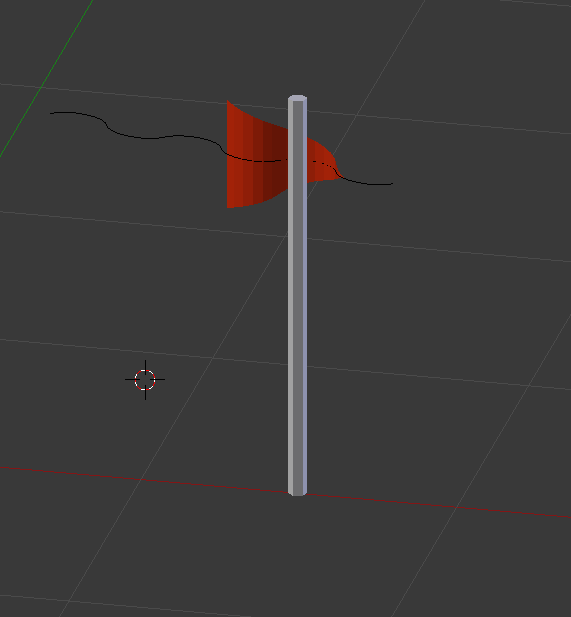 So in the second image I would like the flag to remain aligned to the pole, but with a different displacement. How can I resolve this? 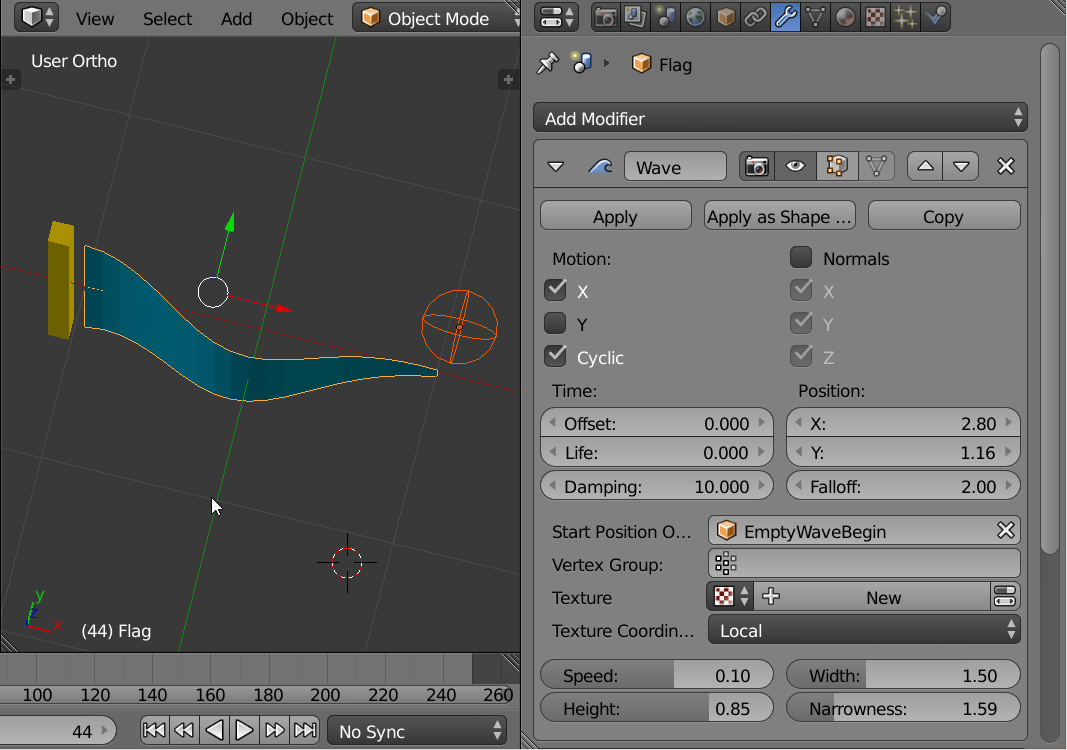 I recommend using the [Wave Modifier] for various reasons including

Not the answer you're looking for? Browse other questions tagged animation modifiers curves or ask your own question.

6
Can I use an image sequence with offset frames as a texture on array items
24
How do I prevent object distortion when applying a curve modifier?
0
Extrusion along a curve: position of the profile
9
Deform mesh along two curves
4
How can I prevent an object from being too deformed when using a Curve modifier?
2
Curve modifier -applying Nurbspath displaces the object
0
How do I maintain the road's texture after applying the curve modifier to make the road a single object?
2
Why does adding a curve modifier move my object to the center of the curve?
0
How to duplicate object along extracted curve?
0
FlipFluids & Ocean modifier as displacement. Baked frames in 3D view show all movements but rendered animation not. Manual keyframe ok. Any solution?