Is there any way to bake the Object vector that you get from the Cycles texture coordinate node to UVs so that it can be used for image textures? This would be for Dynamic Paint, or just a quicker or more convenient way to get a clean UV unwrap.

Object texture coordinates do the job well for most of my procedural texturing needs. There are times where I want to use image textures, but getting clean UV unwraps is always a nightmare.

The bottom line is:

This is theoretically impossible

If you think about it, object, generated, mirror (and any other auto-generated texture coordinates) can be as detailed as is necessary -- they are not based on the detail of the mesh. UV maps, on the other hand, are very much related to the detail/design of the mesh object. This is often called comparing apples and oranges :)

That being said, the only way to fake it would be to use a texture (to get much more detail than a mesh, but less than auto-generated coords) as mentioned here. If it would be easy to convert the clean object or generated coordinates into uv-maps, game devs would be using it everyday...but there isn't. So for right now we just need to stick to smart unwrap and our uv seams ; )

Finally, if you're still not convinced, take a look at this mess of auto-generated coordinates... 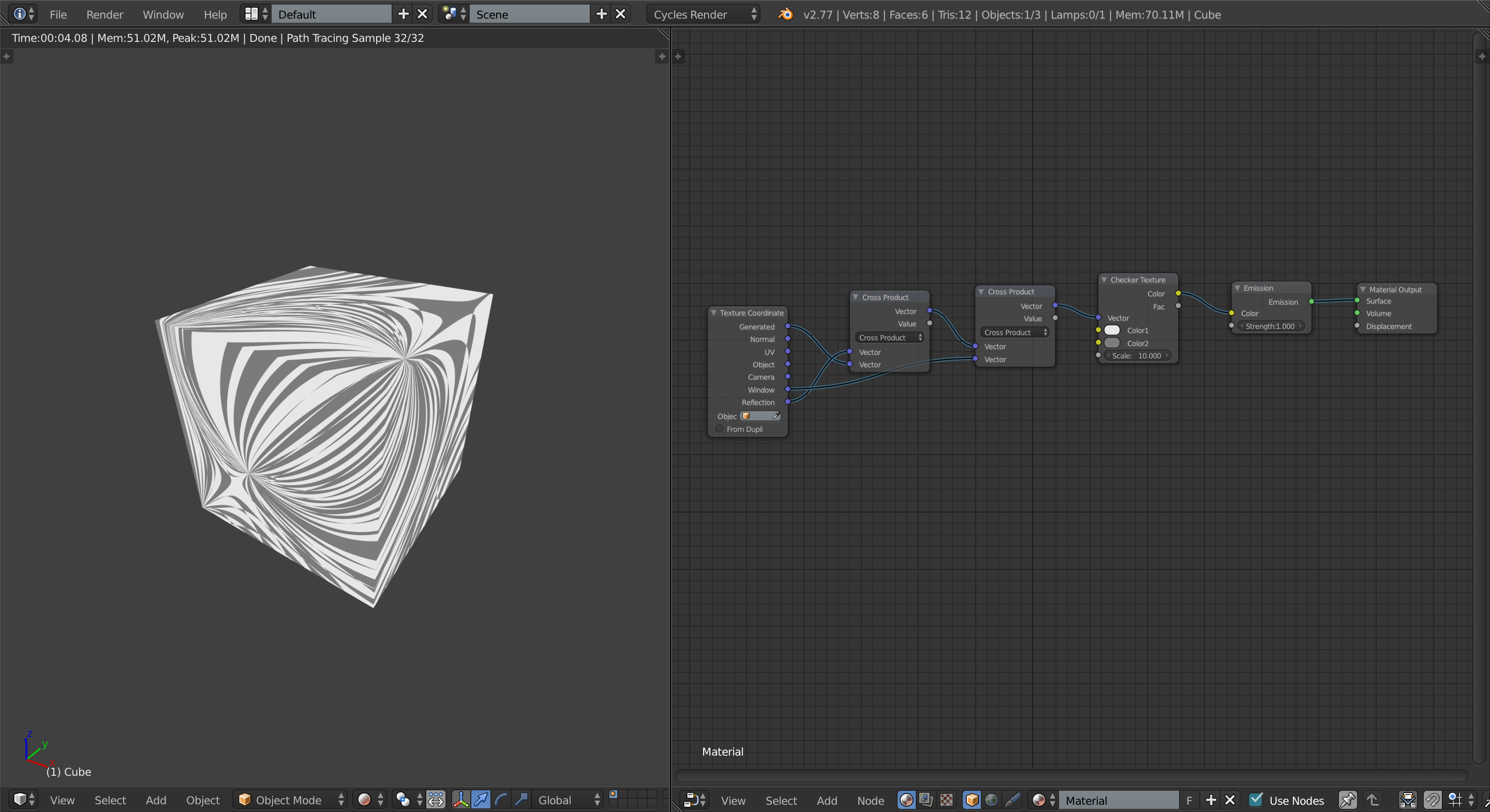 Yet another reason as to why this would not be feasible or even desirable is that the texture coordinates, excluding uvs, are all volumetric while the uvs are two-dimensional. Therefore, as soon as you "converted" to uvs you would have lost the most important benefit that the object texture coordinate gives you: flexibility.

I hope this helps to clear up your question effectively.

After a few tries I have to admit I don't find a solution. The already posted answer here Apply Object Texture Coordinates works, but it does indeed add a memory overhead when rendering. Testing with a 1K baked UV texture, there is additional 13MB showing up in the Viewport render diagnostics. Which isn't too bad, given the fact it is a 32bit Texture.

I was then thinking about baking those colors into the vertices (which can only be done with Blender Internal), so I can read out the color values, and then place the UVs via Python according to this. But by then, you'll have a clean unwrap anyways, it's kinda pointless. Maybe someone else has a better idea?

2
How to create UVs for a number of duplicated objects
2
Apply vector mapping to displace texture?
15
How is the vector transform node used?
0
UV unwrapping seems to be unwrapping my object twice
0
Move UV coords like Object coords?
1
Unwrap tapered cylinder without UV distortion at tip
3
Generating a UV map from object generated texture coordinates