How do I extrude this cylinder?

I'm a bit new to blender and I am trying to make a model, but I need to extrude the faces like this:

(The picture shows the inner cylinder) 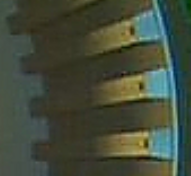 I currently have this: 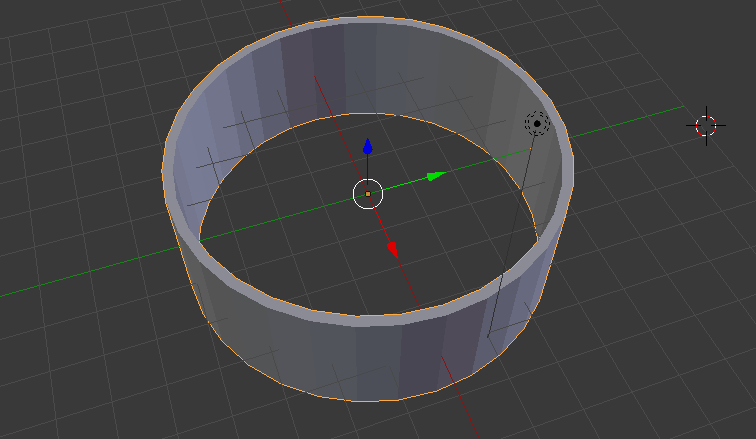 When I try to extrude, (I want all of the faces extruded, but to demonstrate I did one) it looks like this: 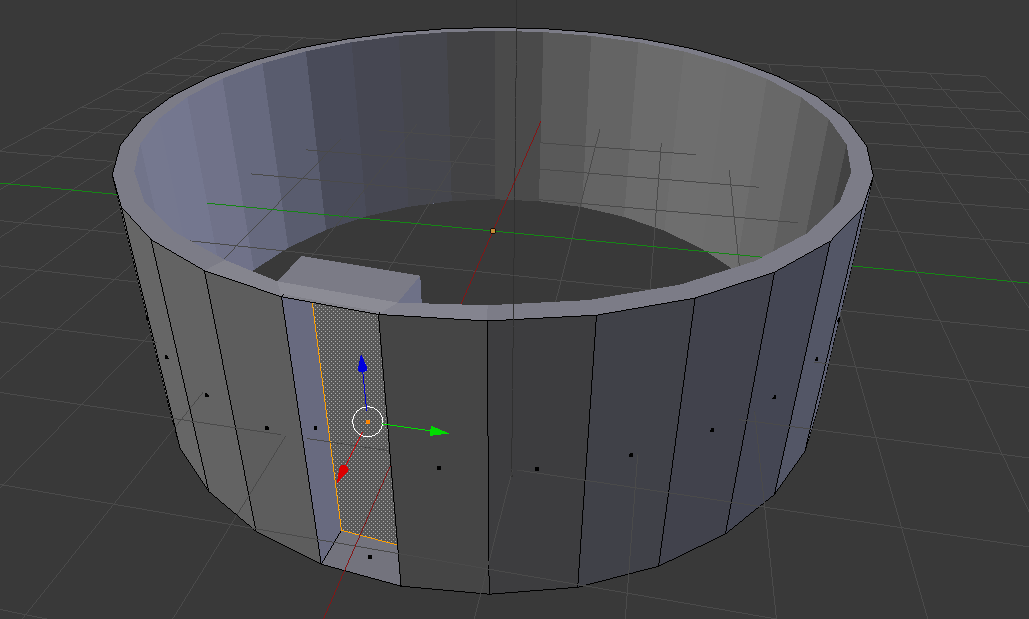 Then when I tried to move the edges a bit to look similar to the one in the picture, it ends up like this: 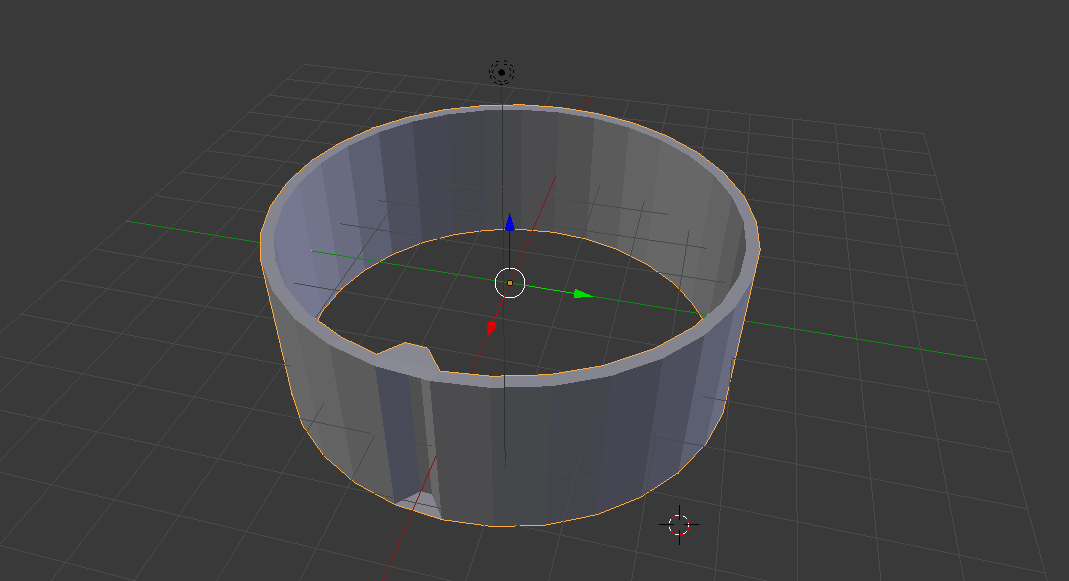 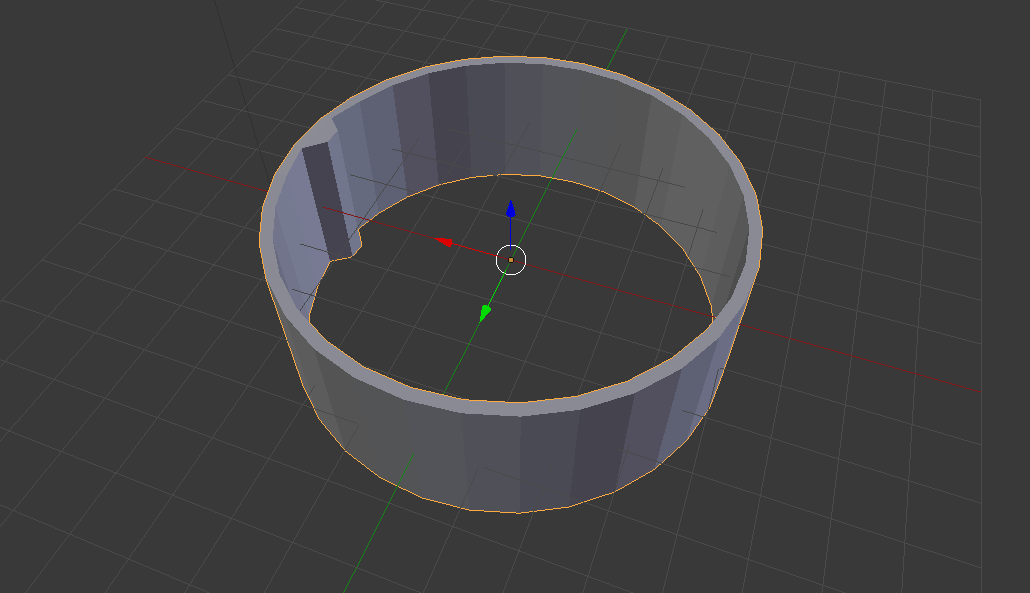 And I REALLY dont know how I'm gonna do that for ALL of the faces too, and I dont know how to make it 'symmetrical' so when I move the edges they both move inwards.

Sorry if formatting is terrible. Thanks.

Edit In response to Carlo:

Thanks for the reply, It's successful when I do it, but it turns out too wide for each one and ends up like this (and it also makes a part of it look wiered): 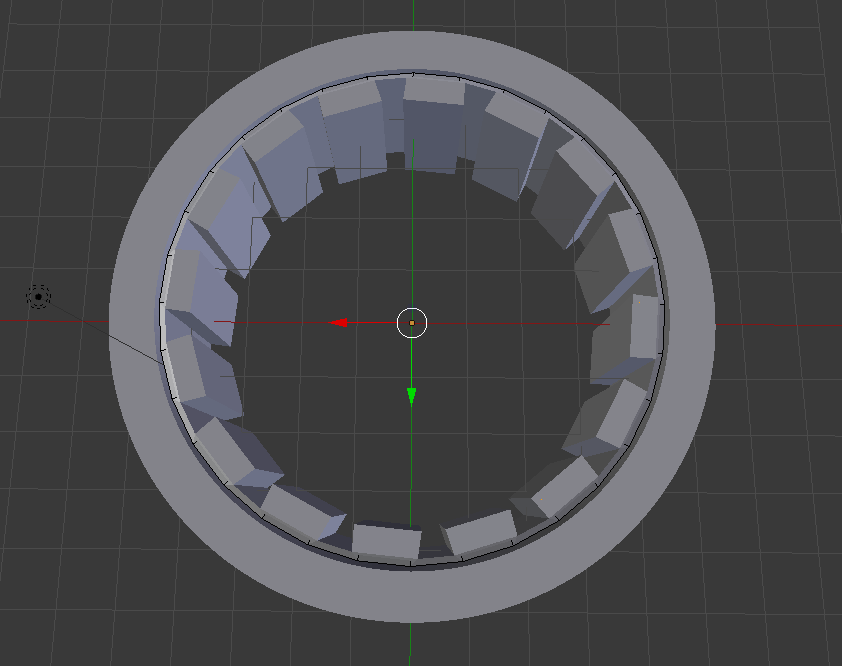 Is there any way to add more faces to it? 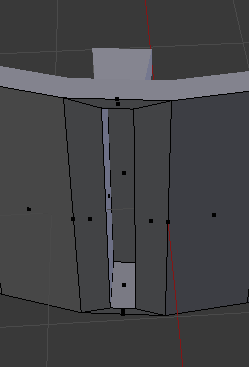 Modeling without applying modifiers can be quite tricky.

Tring to keep the Solidify modifier, which basically extrude faces along their normals, isn't probably the best choiche for your task because your reference object has a different depth extrusion on one side. 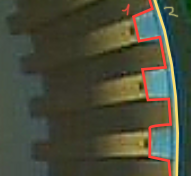 You could have done that by stacking two Solidify modifiers, but unfortunately currently faces created by another modifier cannot be pickedlike in other software packages (3dsMax...). Probably, with a bit of work the closest thing you can get is something like this:

where I had to Inset faces and pick only a few of them manually in order to put them in a Vertex group which would allowed me to set a different Factor in the modifier for the object's faces.

From the Blender manual page of the Solidify modifier;

Only vertices in this group are solidified - their weights are multiplied by the thickness, so vertices with lower weights will be less thick.

How much the vertex weights are taken into account.

To make the edges sligtly thinner toward the center you can work (for example) on the inner edges of the Full Weight faces:

If is suitable for the project, it's probably easier to apply the Solidifiy modifier it seems you are using (or extrude the faces inward as in the picture below)

then use the Checker deselect tool to pick one face every two and "Extrude region (vertex normals)" to build the gear tooth.

Pick the iner faces, set Individual origin Pivot, Normal orientation and then scale each faces along the Normal-X axis by pressing in sequence SXX followed by the wanted value.

2
What's the difference between Extrude Individual and Extrude Individual Faces?
1
Extrude while sliding
0
How can i extrude a text or element to the sides correctly?
0
Extrude face along normal, following connected edge (extend geometry)?
2
"Extrude Faces Along Normals" works exactly as "Extrude Faces"
0
problem with extrude tool
2
How to achieve uniform Inset and Extrude on multiple nonplanar surfaces?
1
How to extrude inwards through face?