How do I prevent VSE strips using Image Offset from being cropped before the transform effect can shrink them onto the screen?

I am creating a video using the VSE where I show a sequence of screenshots of two devices side-by-side.

Unfortunately, one sequence of screenshots is from a Nexus 7 in portrait mode (resolution 800x1280) and the video I am making is 1920x1080. This means that the screenshot must be scaled down to fit on screen.

I have a sequence of the screenshots and some overlay elements grouped into a meta strip. Each screenshot has the Image Offset box checked so it is pixel-for-pixel to start with.

The meta strip has a transform effect strip applied to it and I apply a uniform scale of 1080x1280 to fit the meta strip on-screen. I do this so that all the screenshots in the meta strip benefit from the same scale and transform, and I can adjust the position of this screenshot sequence in the canvas without having to edit 10 different transform strips (and a growing number of overlays). Unfortunately, the top of the screenshot gets chopped off.

How do I prevent the large images in the meta strip from being cropped before the transform effect can shrink them onto the canvas? 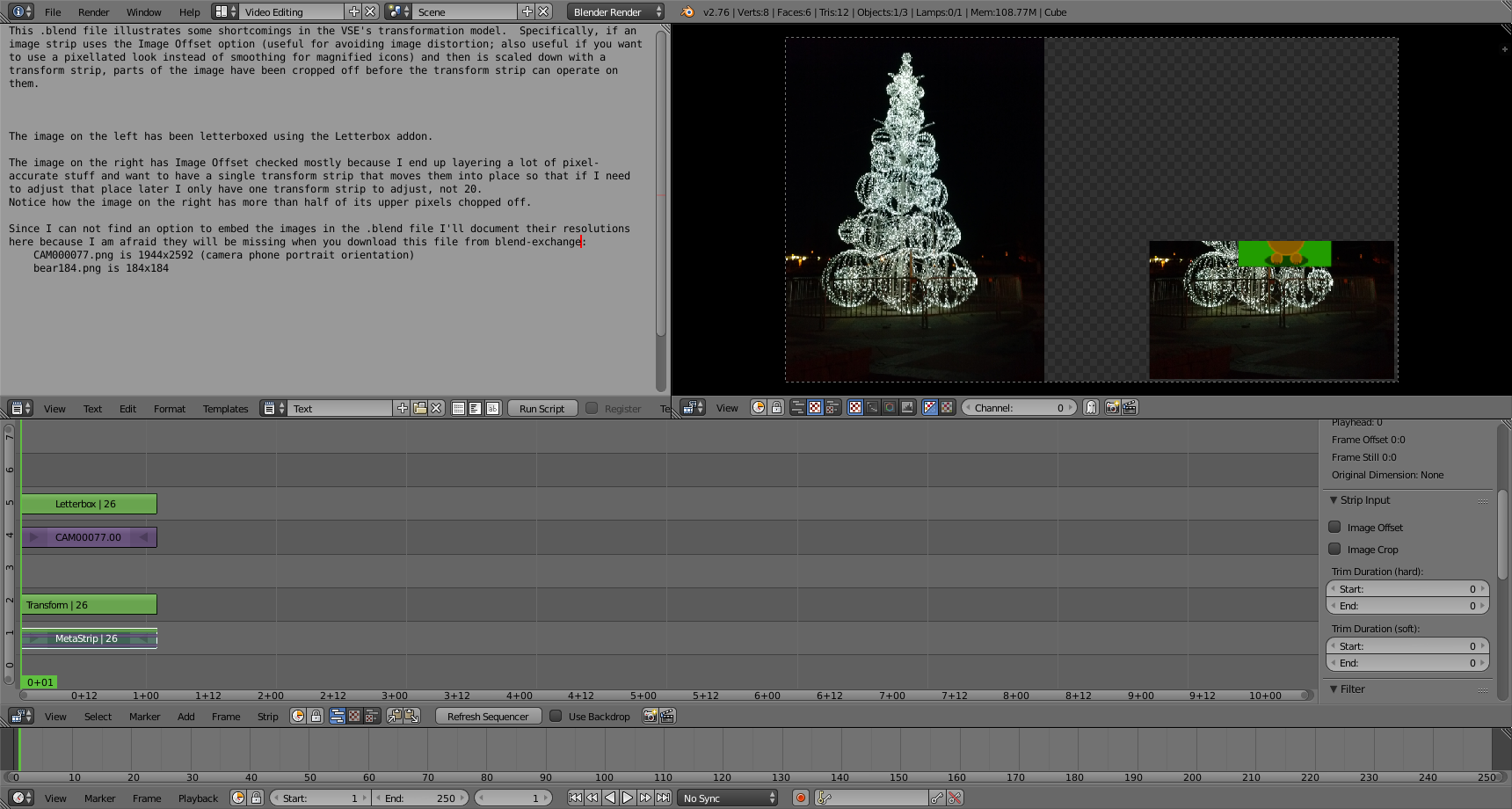 (now has copies of the images packed into the .blend, but you'll still need to save them and point the image strips at them)

4
VSE: How to Speed up the Preview of Image Strips?
6
Working with large images and transform in the VSE
10
How can I do color keying using the VSE?
7
Box selecting various strip types
2
How can I fade out a strip that requires an Alpha Under effect?
0
VSE: How to crop specific segment of a video?
1
How do I resize colour effect strips in the VSE?
1
Import scene into VSE with different camera size