I have this procedural texture which creates a little camouflage pattern, but it appears to be stretching on the hull of the plane.

And here is the issue. You can see the texture looks good on the sphere and the wings, but not on the hull or the vertical stabilizer...

I did initially stretch a cube to start modelling the hull, but I have tried applying scale to no benefit. Am I missing a node or step here?

I may guess is caused by a different bounding box size between the objects.

When there is no vector input in a texture node, Blender automatically use Generated coordinate type. As stated by the Blender manual page:

Automatically-generated texture coordinates from the vertex positions of the mesh without deformation, keeping them sticking to the surface under animation. Range from 0.0 to 1. 0 over the bounding box of the undeformed mesh.

The hull certenly looks less tall than long, causing a "compression" of the values upon the Z-axis. 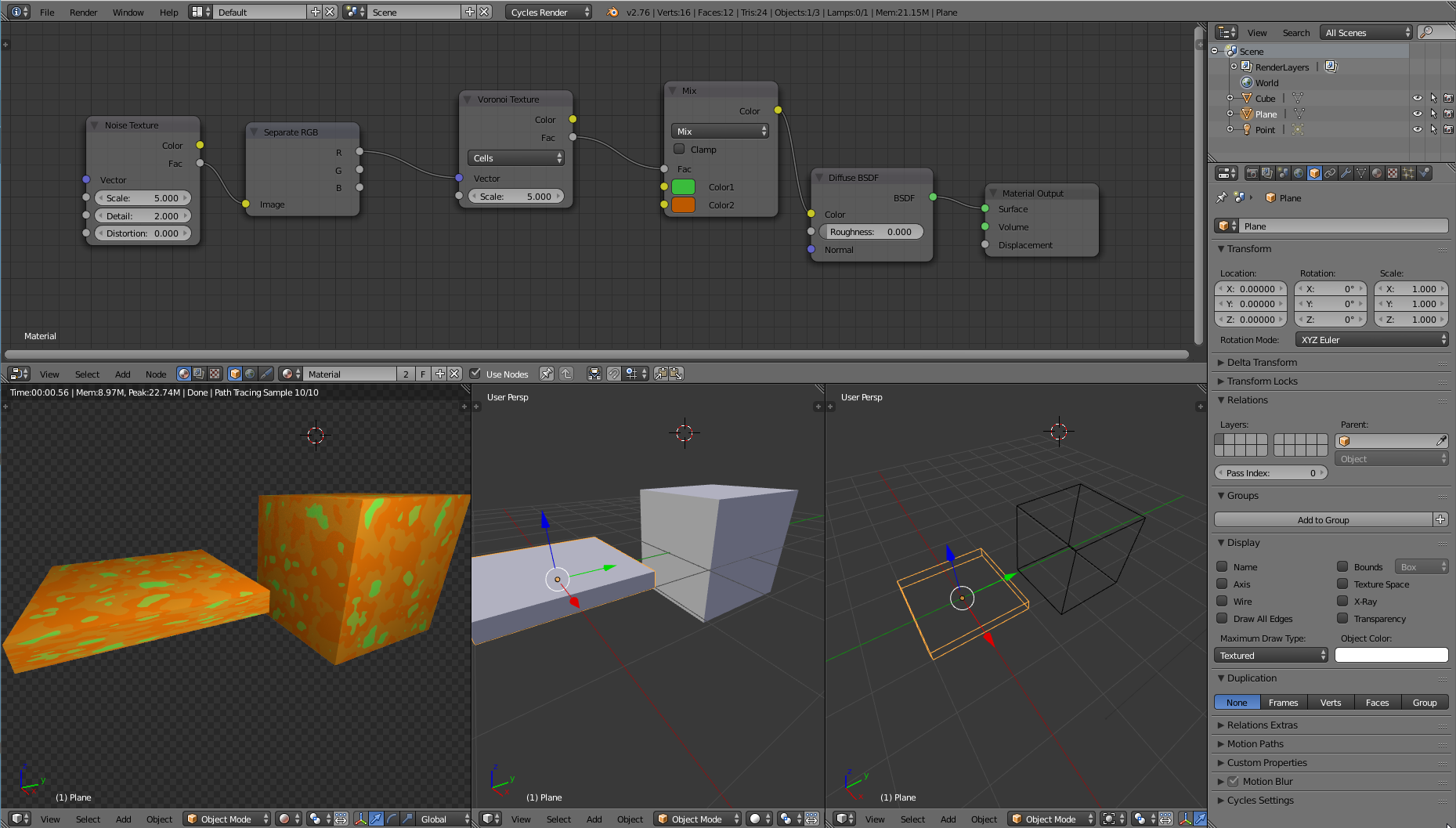 See in the image above the different mapping caused by a different bounding box's size.

And here you can see the values that the noise texture is passing to the Voronoi node. Notice how the mapping range is the same (0,1) but as is placed on object who has different sizes, the results don't match.

That's not probably your case, but remember that each kind of geometry is taken in to account for bonding box calculations, even loose vertices:

If you would like to spread the texture homogeneously upon the objects, I would suggest to use a Object Texture coordinate instead, maybe pointong not to the object itself (changing its scale would affect the texture size too) but to an Empty like in the example below: 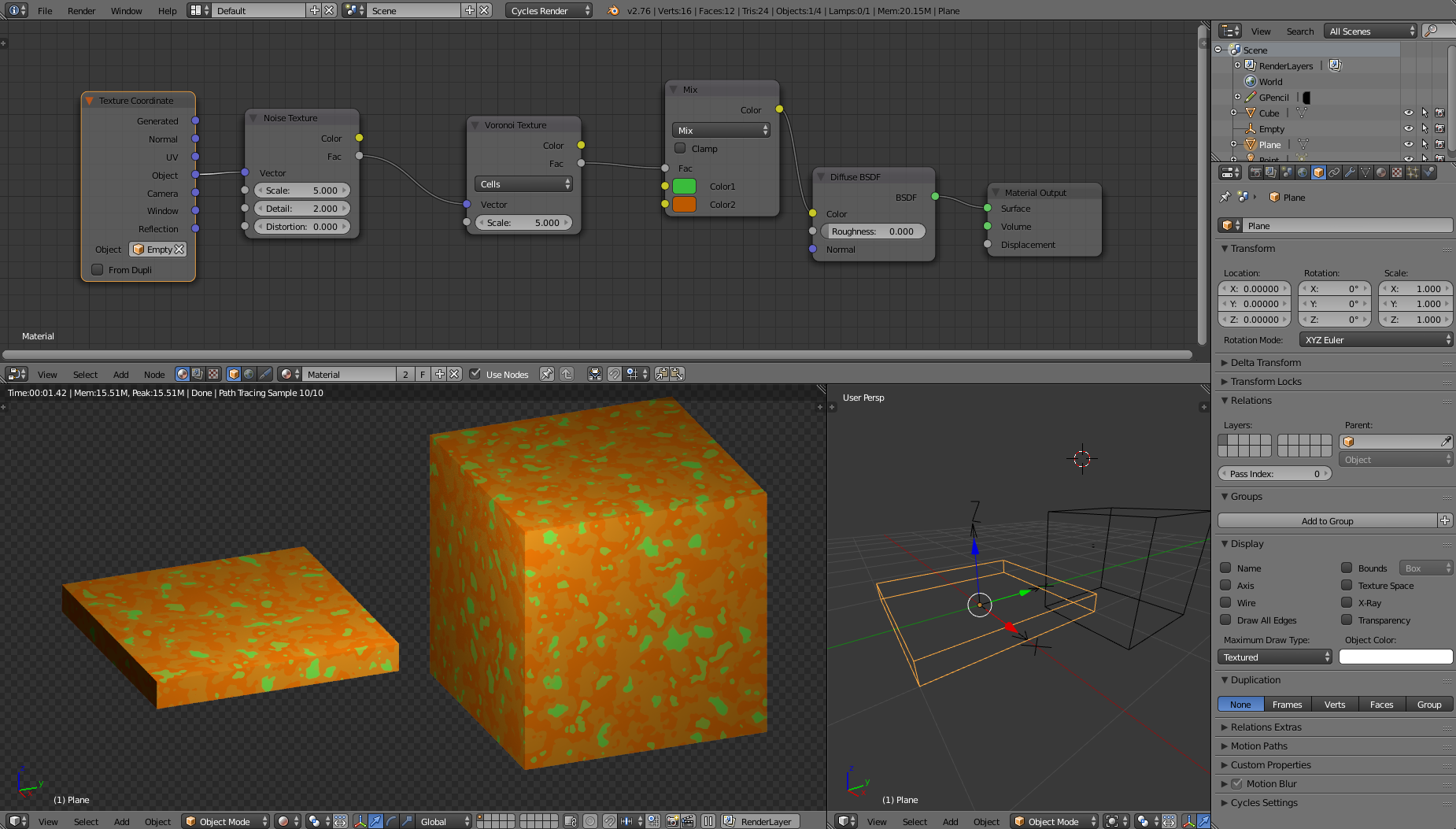 Not the answer you're looking for? Browse other questions tagged texturing nodes shaders or ask your own question.