Are Groups or Sketchup-like components feasible in Blender?

Apart from testing it myself, I've seen a few posts here and there, including from Sketchup users like me, sort of circle around this topic but never ask this question directly.

How can I overcome these problems in DupliGroups or Collection Instances? 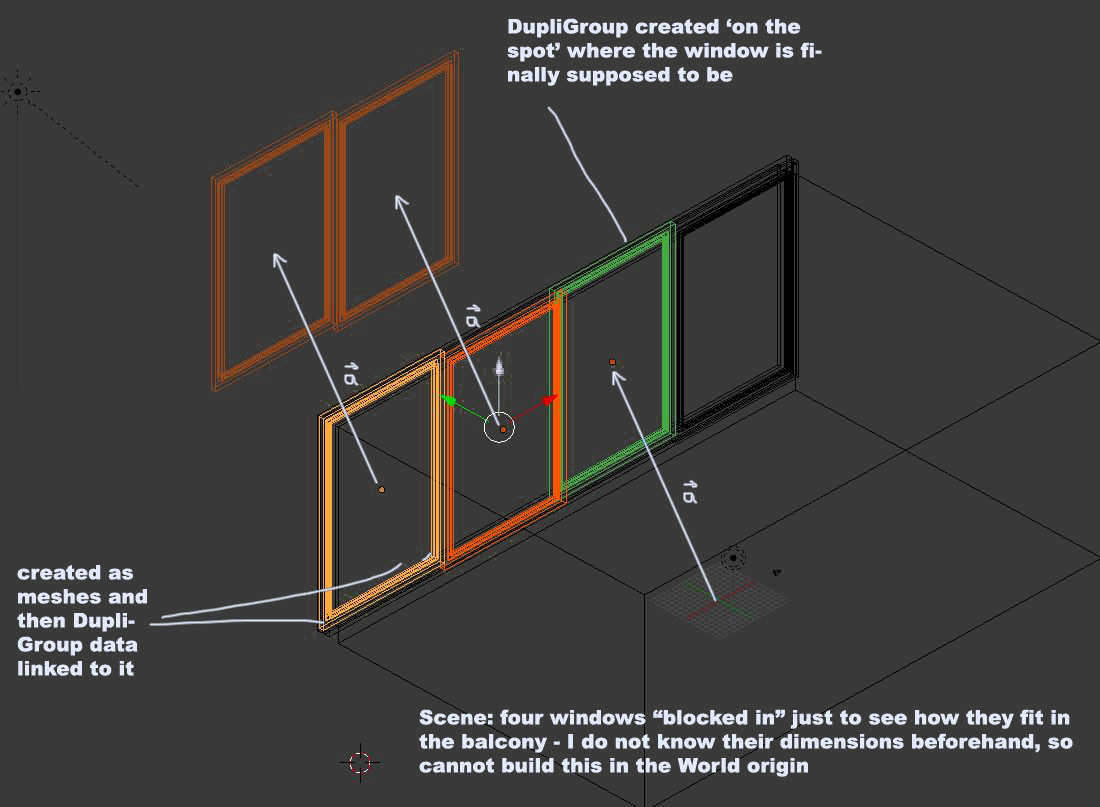 How feasible would it be to make a linked object type with deeper hierarchy?

Say an object that would look at its children and simply make every other instance have the same children. It would also mean dragging and dropping in outliner would be the simplest way to manage it by the looks of it.

The Dupligroups or Collection Instance workflow in Blender are indeed a bit unorthodox, and somewhat different from other applications (like so many other things in Blender), but not any less capable.

The gist of it is that in Blender group definition and group usage are two separate and distinct procedures all together. This means you can't directly edit an instance of a group/collection, nor can you generally define a group directly from its constituting parts at target location.

Dupligroups or (Collection Instances for 2.8+) are a way of creating bundles of independent objects that are grouped together and can then be deployed as a single object or stored as a library for later reuse. In most ways similar to AutoCAD Blocks, Sketchup Components, or 3DsMax Groups.

Unlike most other programs however, group definition and group use are completely separate in Blender, that means you define a group with a set of included objects but they aren't 'converted' into an instance of that group, nor is a group directly created from them at present location. They always remain as a separate editable "originals" you can go back to to modify, but never directly use nor actively participate in your actual scene.

In much the same way an instance of that group is generally an independent object chosen specifically as duplicator that generally has no other geometric data or geometry associated with. The group/collection instance is also not editable, merely a dummy used to mirror what was defined above. 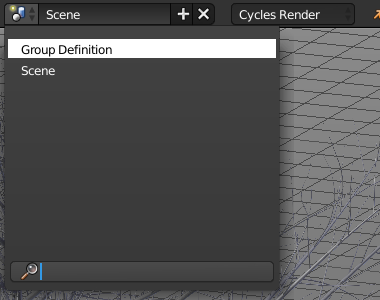 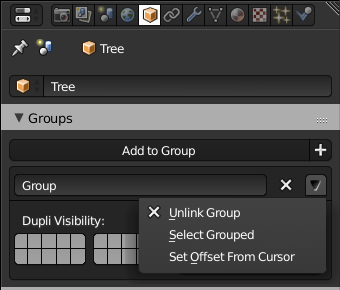 Adding instances to a scene

In your actual work scene where you want to use your group instances just access the add menu Shift+A and choose your group from the last menu entry Group Instance. This will list all available instances (both local and linked) in a searchable menu.

Group instances are generally used from an Empty type of object by default that doesn't have any mesh data or geometry of it's own. Only exception is if you want to create a non renderable dummy geometry as helper object for snapping or correctly placing the dupligroup in a scene. For 2.8 this is mandatory, instancing from other object types has been deprecated.

By keeping group definition and group use separate you gain some and you loose some.

2
How do you group objects together without joining them?
1
Understanding blender collection, instancing from Sketchup side of view
0
propagate object manipulations across multiple similar objects
10
How do I “group” objects so they all move together? (Version 2.8)
9
Selecting groups in blender
6
Is there a way to manipulate objects as group in Blender 2.8?
3
How to lock group
4
Why doesn't Blender have groups that allow you to transform grouped objects all at once?
2
Blender equivalent of components in Sketchup
0
How to duplicate the empty
See more linked questions

16
Push Faces Like Sketchup
2
Can I choose when animation in animated dupli-groups starts?
1
Why are instances of duplicated groups linked
2
Sketchup to Blender - Material not visible
4
Child of constraint and moving rig in Object mode
1
link nested collections
0
Why can't I unlink the copies in Blender 2.9?