Ask Question
Asked 4 years, 3 months ago
Active 2 years, 7 months ago
Viewed 399 times
1
$\begingroup$
This question already has answers here:
How to Construct a Diamond or Other Gemstone Material in Cycles (2 answers)
Closed 2 years ago.

Created a gemstone using boolean and difference. The material is GlassBSDF (Green Cubic Zirconia). I have tried all the lamps and emmiting planes in a number of configurations and cannot achieve a realistic gemstone.

I tried a sky background and my clear gemstone became a blue gemstone. The best results so far is with a background that is Gradient and Radial. The gemstone has distinct facets. It should be symetrical about the X and Y axes but it is not because of the gradient.

I tried a RGB background but the facets were not distimct like I get using a Gradient background.

What do I need to do to achieve a gemstone with distinct facets on a White background?

If you're not, then you should probably use the cycles render engine.

I would also suggest bevelling the edges for even more realism

If you don't mind cranking up your render times try using volumes to create density or simulate it with translucency or SSS. Also make sure to use something like a noise map as surface displacement and have it also effect the roughness to simulate surface weathering.

(It's a little noisy, sorry about that). 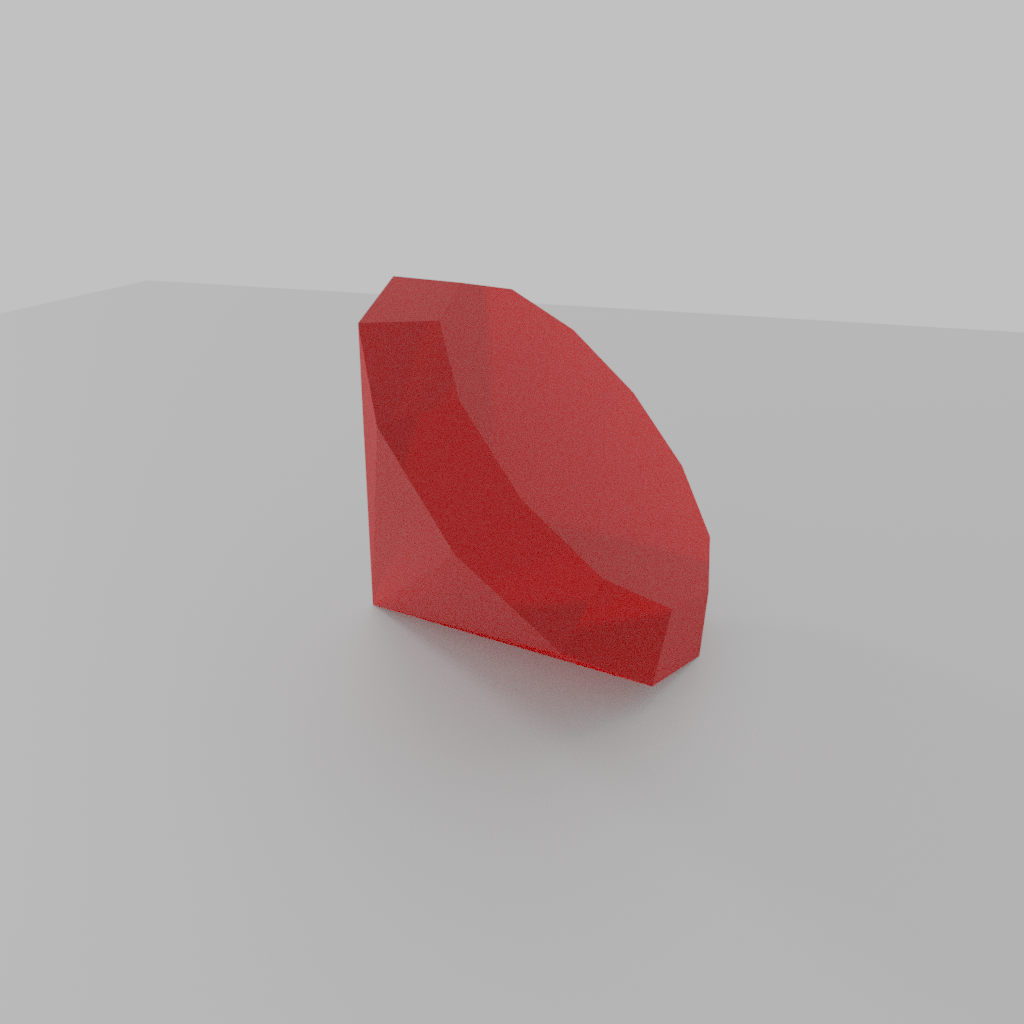 Any gem that you'd find out in nature will have tons of different particles inside of it. Luckily, we can fake that by using Fresnel, Volumetrics, Emissions, and a little bit of Subsurface Scattering (SSS). Note that a little bit of Node Editor experience is recommended.

We're going to start with the simple color and looks that a perfectly-clean gem would have. I used a Mix Shader node to combine a Diffuse & Glossy (with a roughness of 0.2) Shader with a Fresnel (with a IOR of 1.450) into the Factor input, with another Mix Shader (0.95 Factor) to combine the output of the previous Mix Shader with a Glass Shader (with a roughness of 0.050). Repeating the last step, I plugged in an Emission Shader (with a strength of 1) to the following Mix Shader (Factor 0.005). By plugging that into another Mix Shader, I added a Subsurface Scattering node (with a scale of 1) into the input and another Fresnel node (with an IOR of 1.450) in the Factor input. After connecting the last Mix Shader to the Surface input of the Material Output, I added in a Volume Scatter node. What this will do is fake all of the particles that are inside of the gem. I used a density of 1 with a white color, but you can tweak it to make it look more foggy or dirty. Don't forget to plug that into the Volume input of the Material Output when you're done. Here's a picture: 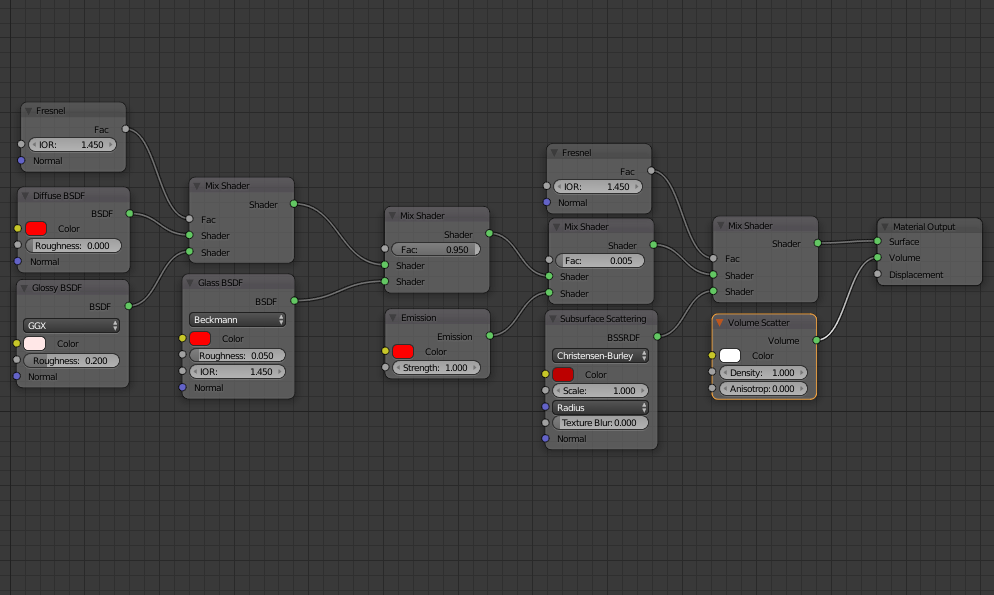 Now that you've got everything set-up, go ahead and experiment with it! Add surface imperfections (achieved by adding an Add Shader to the last Mix Node and plugging in an Image Texture with a Surface Imperfection picture), such as dirt, scratches, smudges, or even cracks! If you wanted to get real fancy, add in some bump map to those imperfections. I also recommend you tweaking with the roughness of the Shaders and the Factors of the Mix Shaders. I won't go any further into depth here, it's all just personal preference.

Not the answer you're looking for? Browse other questions tagged rendering transparency or ask your own question.

8
What causes this mist pass glitch?
6
cycles transparency results in color loss when background is black?
2
What lighting and background will make a realistic gemstone?
2
Transparency/Masking : See through an Outer Sphere and see Inner Sphere in true colours
1
Rendering a semi transparent object on a transparent background
1
Cycling through colours over time
2
Creating glass material - Glass shader or Principled give black/dark or mirror render in Cycles