For some reason, I opened blender this morning and created a keyframe via moving the camera higher (z axis). However, when I play the animation, nothing changes from the keyframe before that one to that one. It was working perfectly earlier yesterday. How can I fix this? Thanks.

You have converted key frames to an Action Strip (AS):

Disclaimer: I'm not so versed in the AS.

EDIT for clarification : From the doc:

The NLA editor can manipulate and repurpose actions, without the tedium of keyframe handling. Its often used to make broad, significant changes to a scene’s animation, with relative ease.

You convert key frames to Actions for easy reuse. Instead of key framing again or copy and paste keys (for example) of a running animation that need to repeat a couple of times, you repeat the cicle N times using the properies of the Action. Also you can Link Duplicate (Alt+D) an Action, this give you the ability to modify the original Action and all the successive Actions will be modified as well.

It means that all the key frames for the camera are now one Action Script, if you want to modify or add new keys you need to edit the Action Strip be selecting the AS and press TAB, now you can add a new key frame or delete them too. 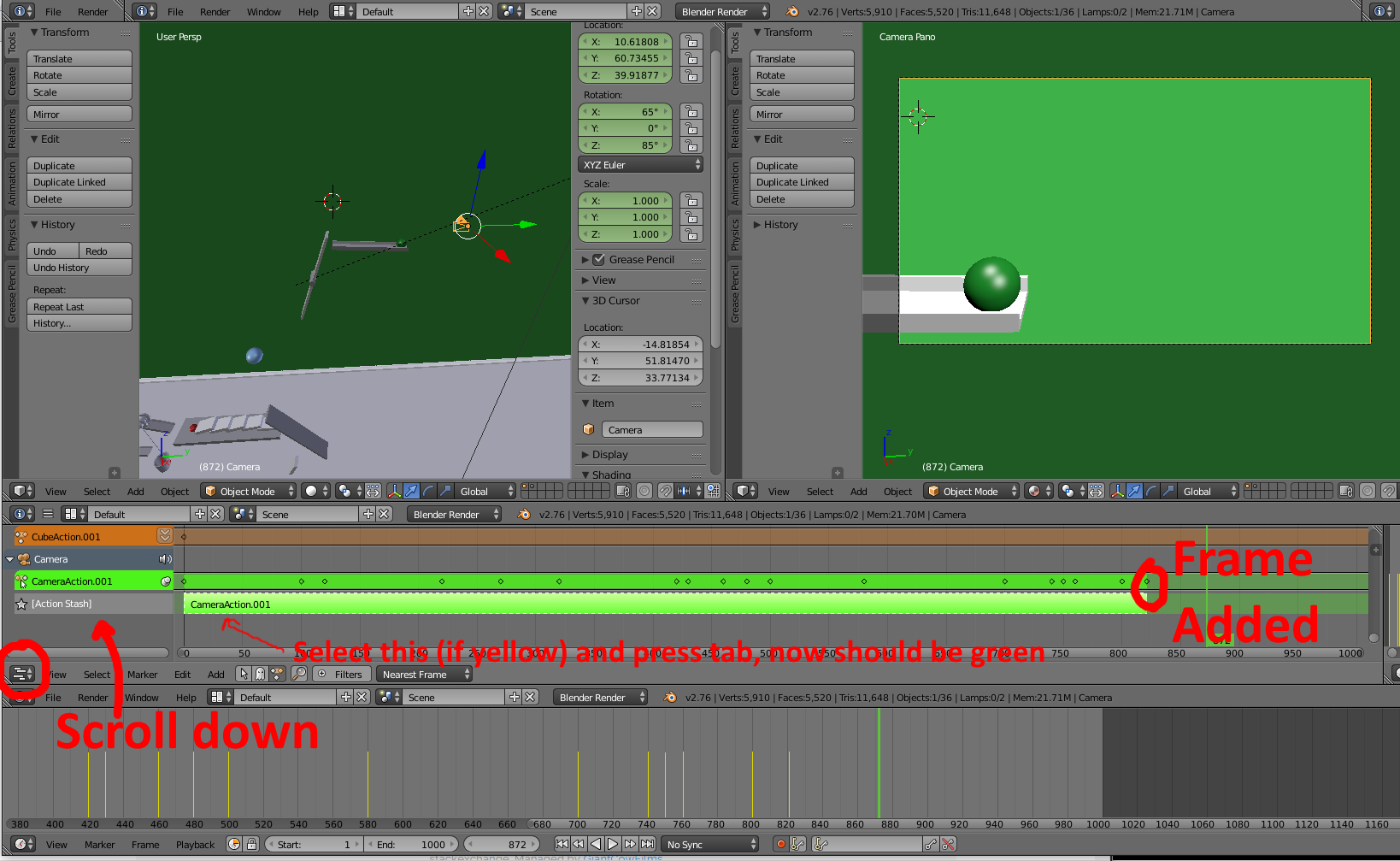 I remember that the AS will override any key that is not in an action script in Tweak Mode. If you want to add a new key but not in the same AS, your new key need to be converted to an AS in order to override the last AS. Or look at the properies to define if an AS last key is permanent.

Have you tried hitting the "I" button and clicking on "location" to set the first keyframe, then moving the camera upwards on the "Z" axis and once you positioned your camera Hit "I" again and click on "location" again? See if that helps.

The file you uploaded works for me here.

Not the answer you're looking for? Browse other questions tagged animation camera keyframes or ask your own question.