I've done a render where I had the main objects on layer 1, and an explosion on layer 2. However, when I render them simultaneously, the exploding pieces in layer 2 go right through the object in layer 1 (as the camera zooms through the object), creating a weird glitch like this: 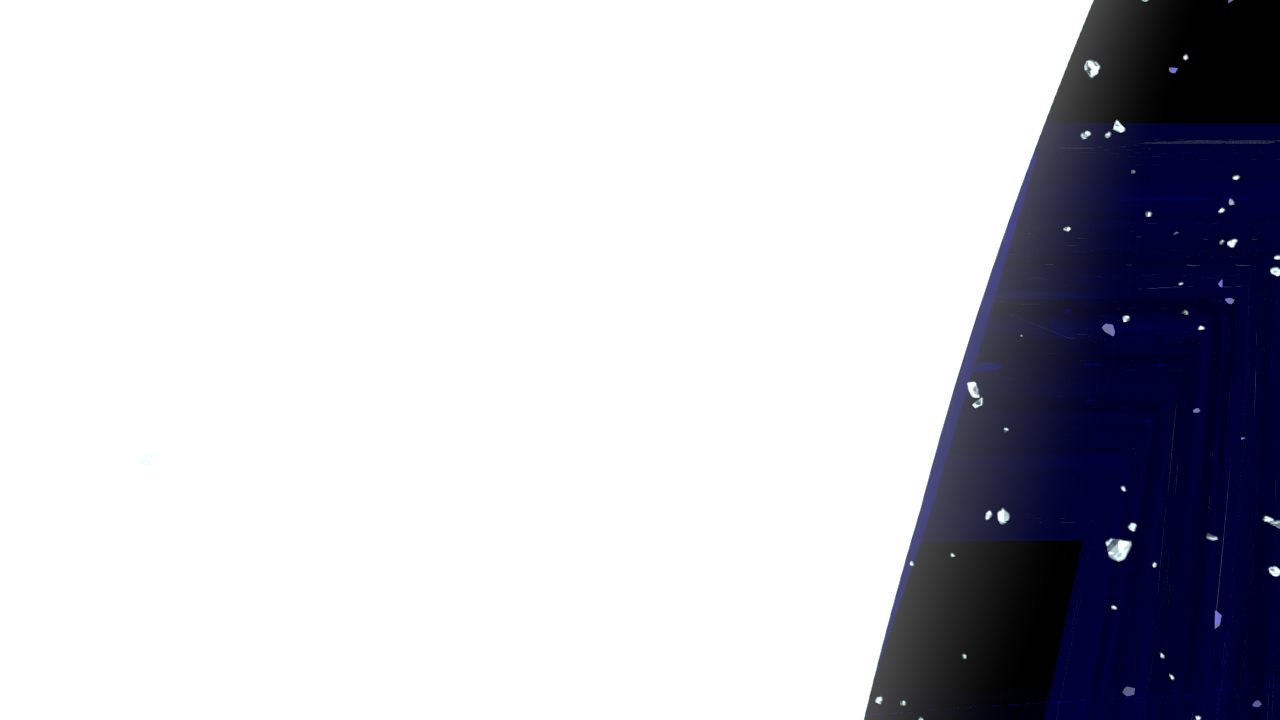 I should mention the explosion has several composite nodes like glare, lens distortion and emission, so what I think happened was that the pieces on the 2nd layer went through the first and ended up illuminating the object in the 1st layer. This also caused the render to be about 5 hours!

This is what the object looks like with both layers BEFORE the camera gets too close, thus not causing that glitch: 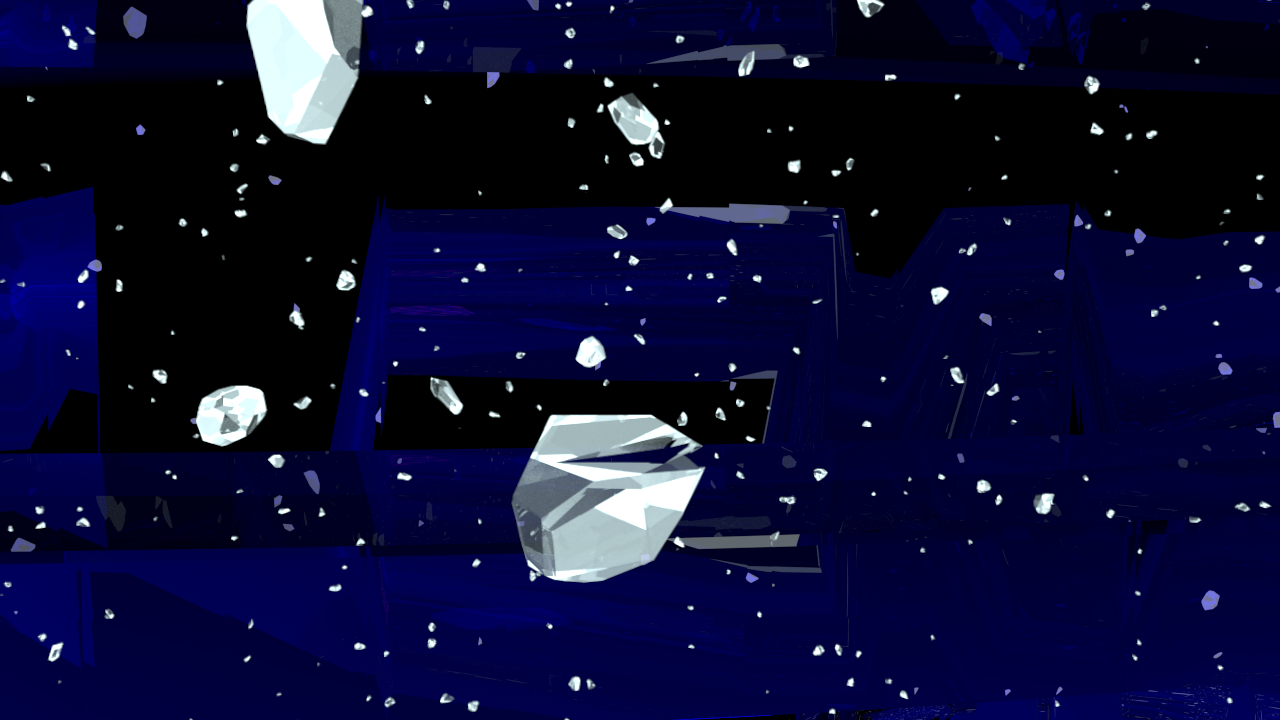 The reason I used 2 layers to render at the same time was so that I could use a set of composite nodes for the explosion only. I didn't want to render them separately because I still want reflections of the exploding object to show on the objects in layer 1.

I'm guessing the only way to avoid this weird 5 hour glitch is to make it so that the explosion can't go through the objects in layer 1, but rather bounce off like they should in normal physics. How could I do this and still have them on 2 different layers?

For the blend, you can download it here (it was too big for blend-exchange.giantcowfilms) https://drive.google.com/file/d/0BzCN0fElYa3HUzhCT21yT3FPZ0U/view?usp=sharing

You can simply use object index

This way, you can put all the objects on one layer, and still separate them for compositing.

You can then try something like a mix node in the way shown to separate those objects on a black background. Keep in mind, that the output of the ID Mask node is like an alpha mask. Wherever that object is in the render, the output will be 1, wherever it is not, the output will be 0.

See the illustration below. 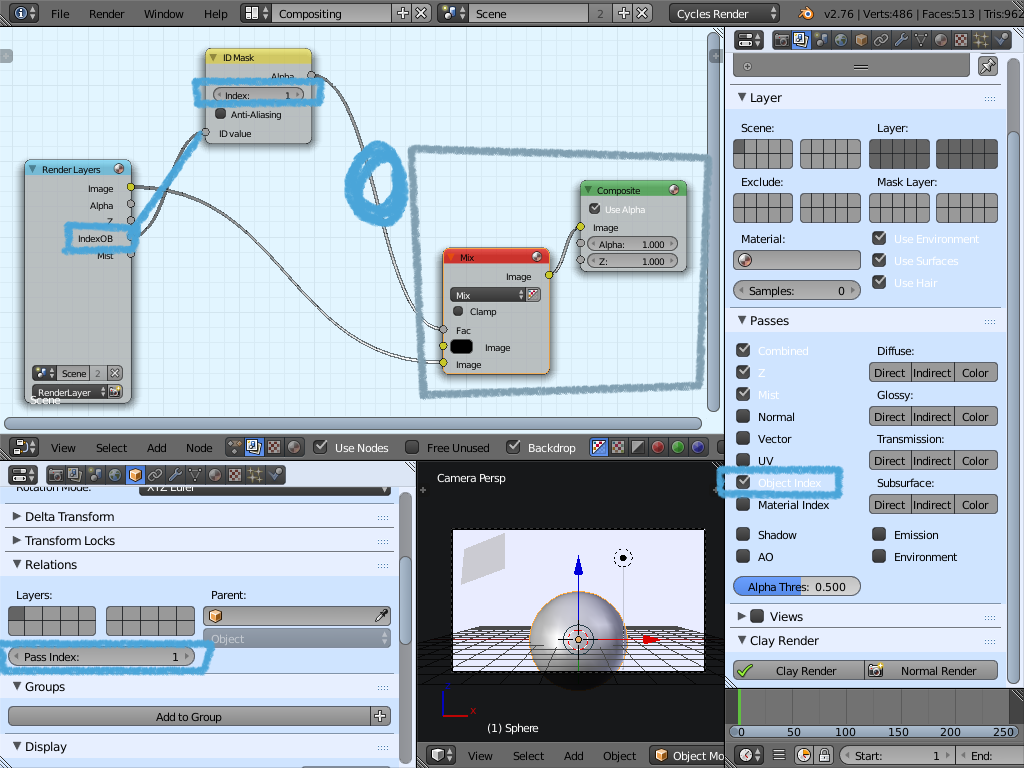 Here is an example of using this method to apply an effect. (the image shown under the composite nodes is the original.) 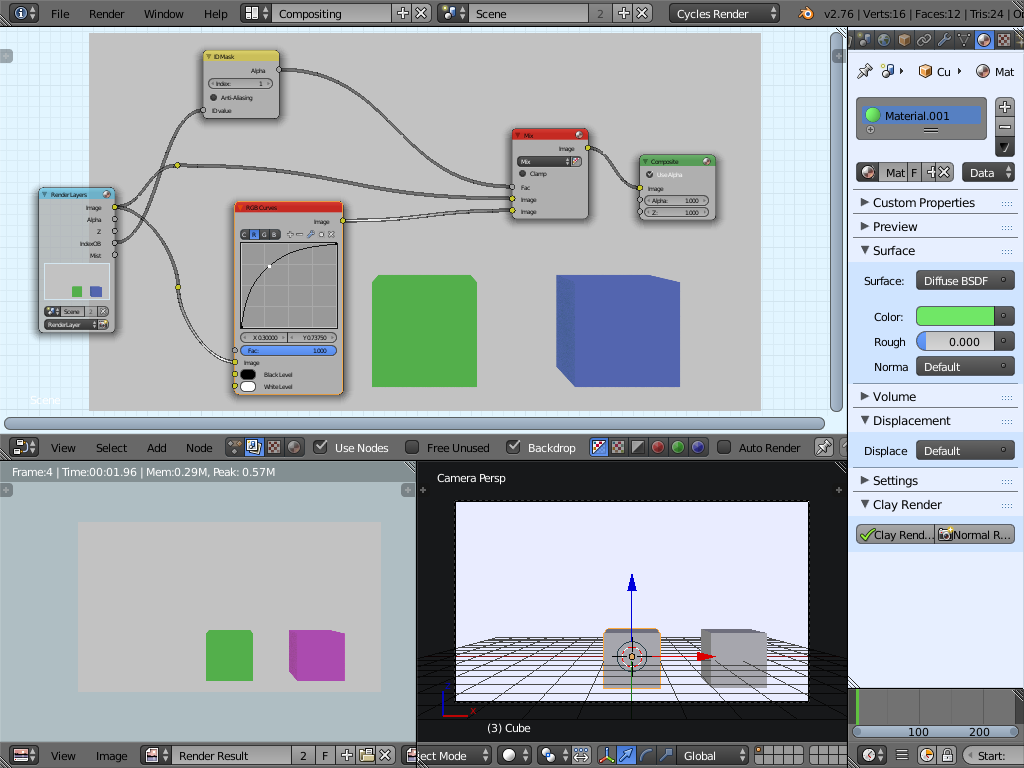