How do you transfer Weights? 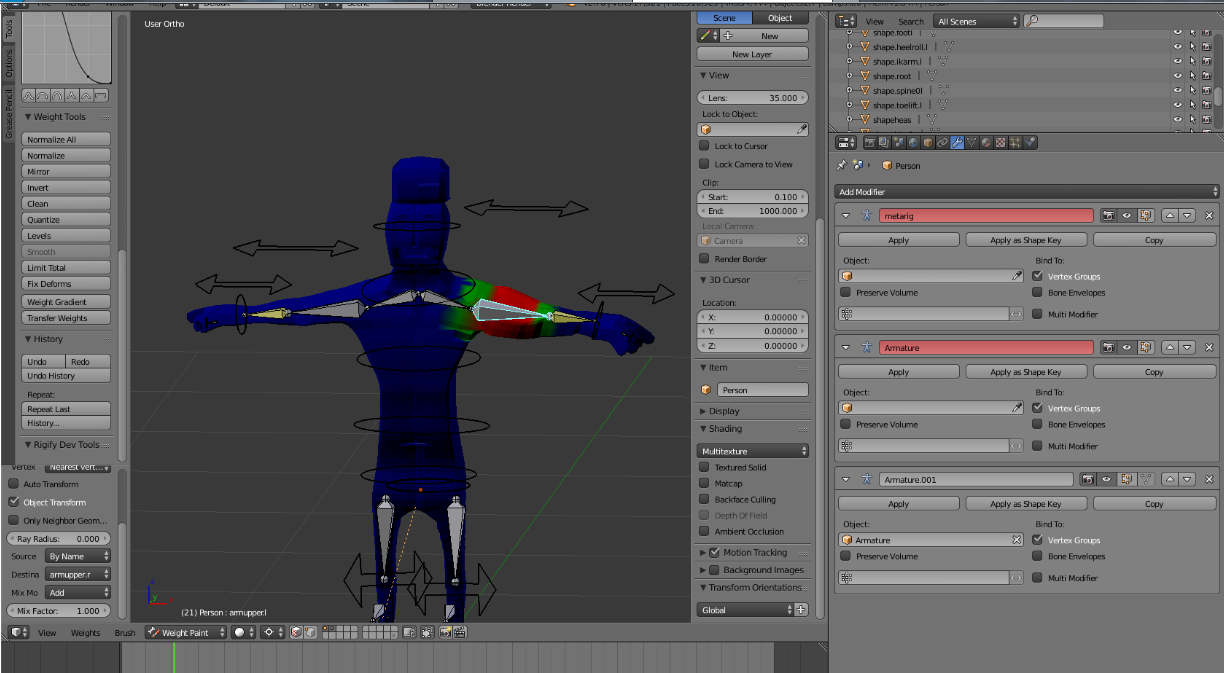 I think what you're looking for is mirroring weights, not transfering them.

First, just for the sake of having a clean file, delete the Armature modifiers you're not using. Second, to mirror weights you need two things: that the bones are correctly named, telling Blender which are right bones and which are left bones (see Naming Convention here*), and that you have an active mirror modifier or the X Mirror option turned on in Options, in the T menu while painting weights. If you didn't have the bones named correctly when you created the Armature modifier and created the vertex groups then you need to either rename them manually in the Data menu or delete them and create the Armature modifier again, recreating the vertex groups.

So, explained in other words:

If you have a bone that has a copy on the other side (a pair), like an arm, give them one of the following separators: Left/right separators can be either the second position (L_calfbone) or last-but-one (calfbone.R)

If there is a lower or upper case L, R, left or right, Blender handles the counter part correctly. See below for a list of valid separators. Pick one and stick to it as close as possible when rigging, it will pay off. (...)

The workflow for your goal requires you do a few extra steps:

Not the answer you're looking for? Browse other questions tagged weight-painting or ask your own question.

11
How can I mirror weight painting?