How can I get a spiral curve to wrap around an object in blender? More importantly, an object with some degree of complexity.

I've been using the shrinkwrap modifier with varying degrees of success. In the example, I can get a spiral to wrap around simple shapes pretty well. But in the second example, as soon as introduce different angles to the wrapped object, the spiral messes up completely. Also in the second example is the type of curve/spiral I'm using. I've tried all three different types of spiral, but none gives any better result than the other. 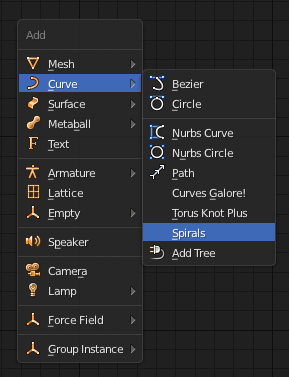 In the Operator Panel customize the spiral's shape. 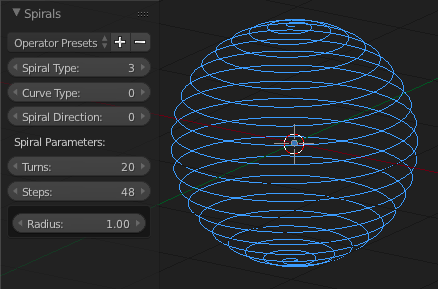 Set your Curve settings as you want them.

Use the Curve Modifier on the spiral object to make it follow the Bezier Curve object. Set the Axis correctly (usually it will be Z). Enable the third and fourth modifier options, to Display Modifier in Edit Mode (makes it easier to see what you're doing) and Apply on Spline (makes for a nicer curve shape). 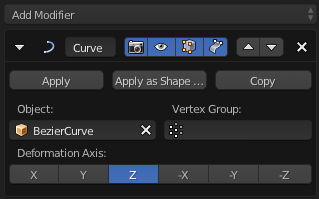 Make sure their Object Origins are at the same point, and that both objects have the same rotation (to avoid confusion). If you need to slide the spirals position along the Bezier Curve, Select All (A) and Grab (G) the spiral object and move it in Edit Mode. 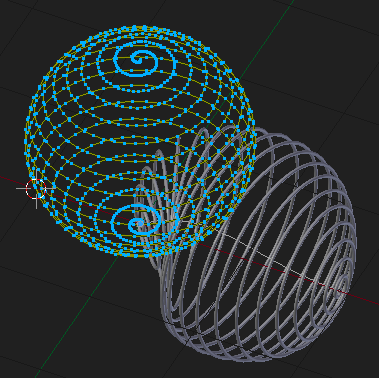 You can also scale the spiral along Z to stretch, or X,Y to fatten it.

Above: Scaling with the 3D Cursor as the Pivot Point, to fit the spiral to the Bezier Curve.

9
Wrap curve around sphere
1
Arrays along two paths -- possible?
0
Generate square "skin" around a line for icon solidifying
1
How to wrap a spiral around an object?
12
Modeling a twisty tree: How do I twist a beveled curve?
0
How to rotate/duplicate a curve around another curve object in 2.8?