How to control foam in the modifier panel?

I was recently trying to create an ocean scene and searched up some tutorials, there were lots using a lot of node setups but after a long walk I found a ways to generate foam from the modifier panel, so I gave it a try: 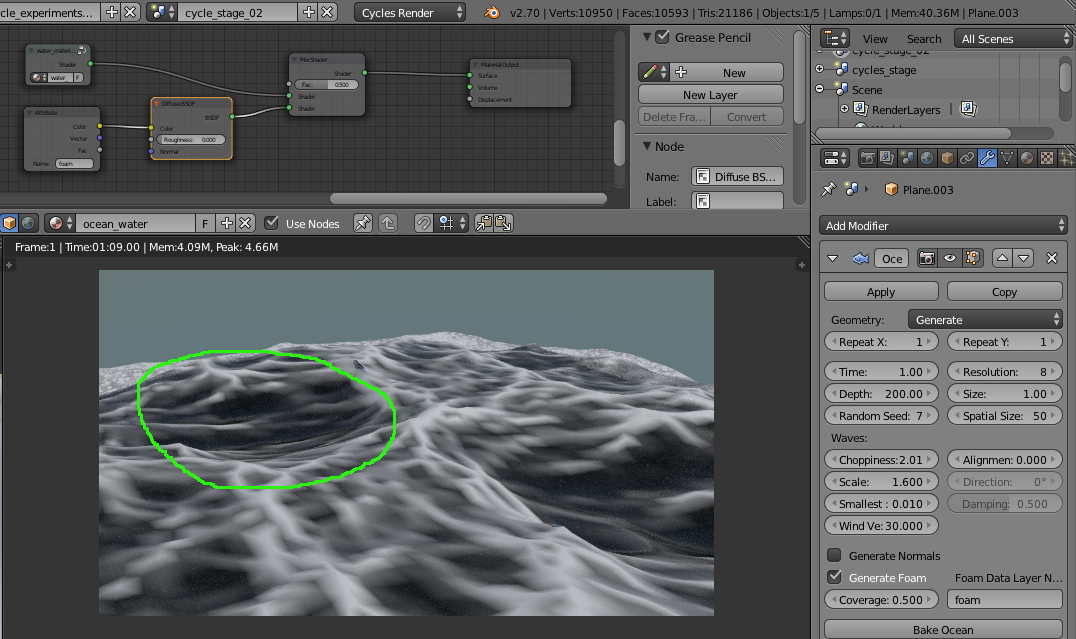 There's not much control given in the modifier's panel and mostly the render looks dull but some part look pretty good like the one encircled. Is there some way to control this more accurately?

Browse other questions tagged cycles-render-engine modifiers or ask your own question.

5
Dynamic Paint Cycles - How do you make waves caused by an object to turn white?

7
Ocean modifier and foam data export?
2
Why does my control panel not stay the same?
5
Ocean modifier color and foam
0
How do I show the modifier stack panel when I work in the full screen area mode?
0
Boolean non working, shows red box in the modifier panel
4
How to control the direction for the Build modifier?