Script not running as Handler or in Driver

I am running into a weird issue that I have solved in the past but can't seem to figure out now.

I have a material node keyframed in Blender Internal, and unfortunately blender does not show the transition in the GLSL textured viewport. So I have written a small script that will reinforce the value of a MixRGB factor to itself.

When I click on "Run Script" everything works fine and my material is updated. However assigning the function to a driver or even handler does need yield expected result, which is updating that MixRGB factor on every frame change.

Below is my driver setup. As you can see the debug info shows my current frame, which is 115. Meaning that refreshNow is actually called and has returned. 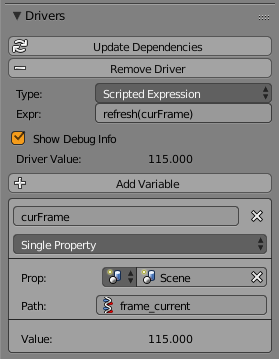 Here is my material setup, pay attention to the MixRGB being keyframed from 0 to 1, from frame 0 to 50: 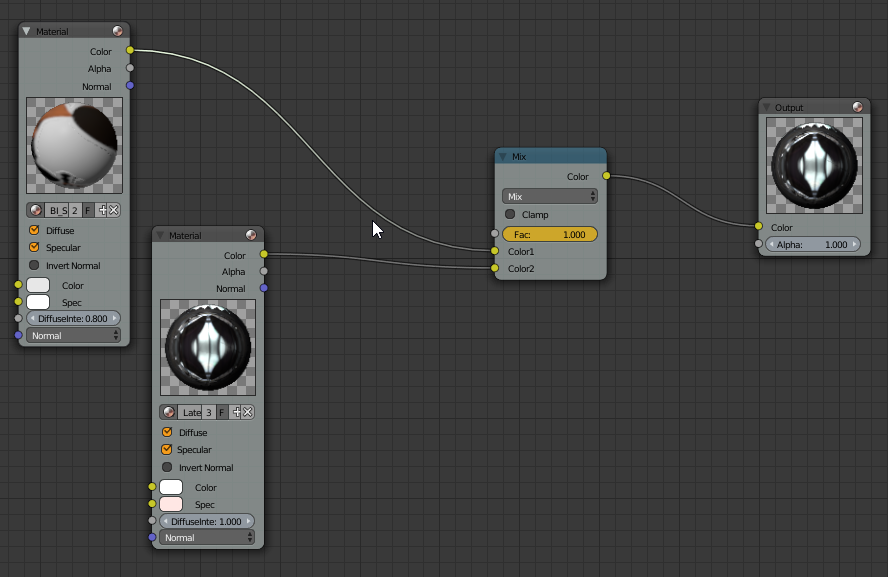 Like I said, the script works fine when I click on "Run Script", and the driver shows that the function has returned. What could possibly be the issue?

Below is the code that resulted in proper solution to my problem. Thanks to @Chebhou who provided help and resolved the issues in my code. Refer to the comments in the first post for clarification.

I managed to fix the issue by using a Modal Timer rather than utilizing handlers or drivers. This is not exactly a solution to why the driver or handler doesn't work but it is definitely a workaround to get what I wanted done.

Below is the code for anyone who might need it in future. This is simply the Modal Timer template, I just replaced the default functionality of changing theme color to reinforcing the MixRGB node's factor input to itself. I have also removed the functionality of cancelling the event.

Not the answer you're looking for? Browse other questions tagged python scripting blender-internal-render-engine drivers or ask your own question.

6
Blender not responding while running my script
3
Colorizing part of a texture
10
Sine wave using only Math nodes?
1
Script changes to driver expressions and variables
0
Game Engine Script Not Running
1
Error when Adding a Python Script to a Driver
0
Toggle Visibility Driver Not Working
4
Handler-script updates in viewport but not in render
3
Driver script not updating mesh