I'm fairly new to blender, and I've modeled plenty of low poly models.. but this is my first time attempting to rig anything.

I've been following this great video tutorial step by step, but even directly copying it has made two big frustrations. And after 4 hours of trying to figure this out, I'm stuck.

The first problem is that my IKs aren't working at all. I detached them from the parent, made the chain of two (for the forearm+upperarm and calf+thigh), and have added the pole target to be directed to. When moving the elbow IK bone, it only gently rotates the arm around. Moving the hand IK definately moves the arm, but the floating direction bone does close to nothing.

My other issue is that my pose is never the same as the edit mode armature. I've used clear pose transform and rotations, but it does nothing to it. See how the knees are bent wrong and the arms aren't symmetrical? Clearing "all" transformations doesn't make it anywhere near the same as the default edit mode pose. 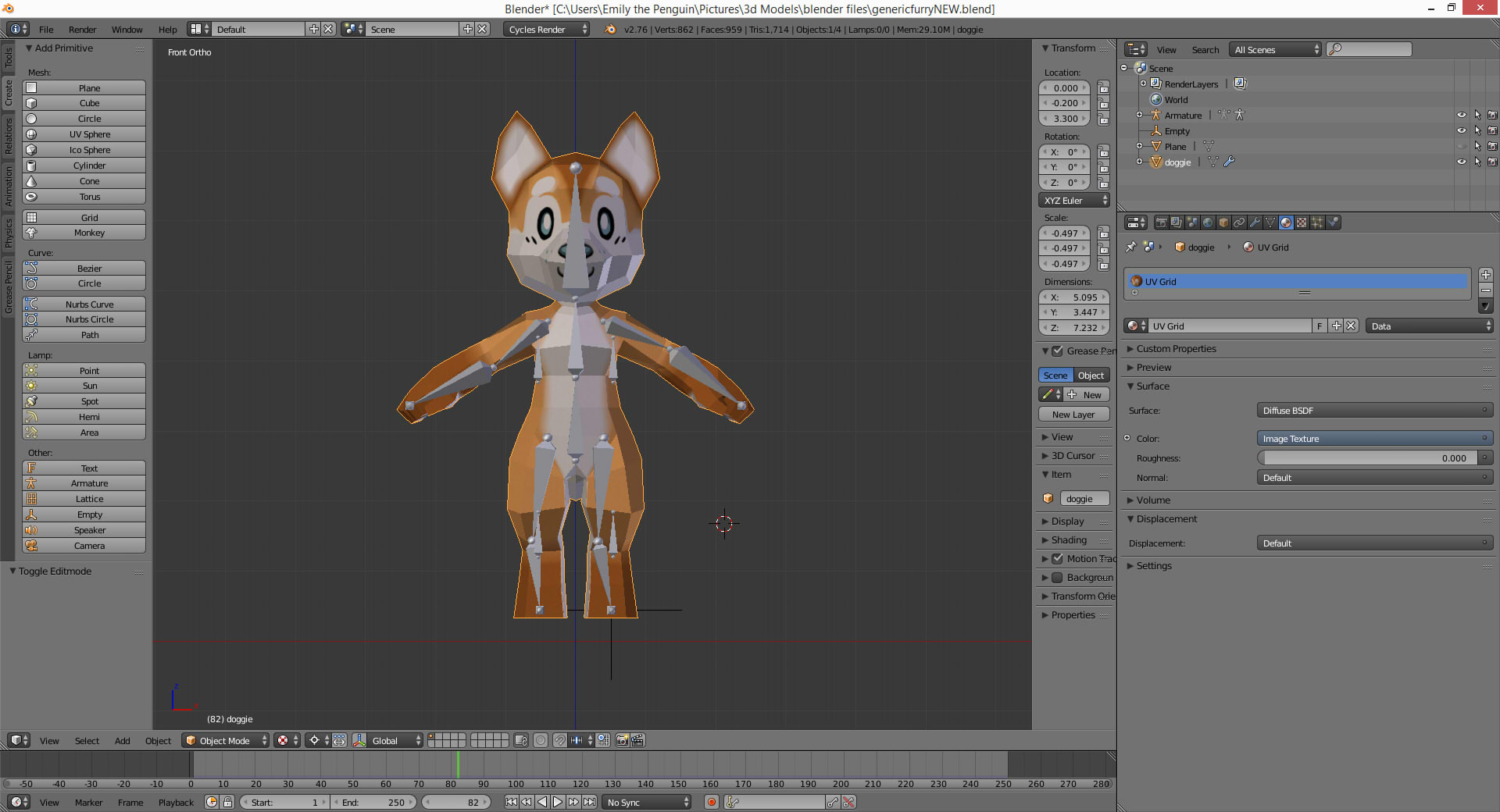 How the hell do I fix this? I'm so sorry for being so new to this, I've always wanted to learn how to do this properly :{

I'd post the model itself, but it says I need 10 reputation points, and I just joined to ask this question...

Turns out I had bigger problems at hand than I thought. I was able to rig it semi-properly thanks to the tutorial that hawkenfox provided. But.. apparently I had duplicates of all my vertices. And now that I got rid of those, the texture is ENTIRELY warped. So.. one problem down, another one entire open... looks like I might need to open another thread :{ at least I got the rigging fixed.

2
Bone shrinks mysteriously under the influence of an IK Constraint

0
Armature Fingertips Not Following Bone
1
How do you lock the rotation of a bone in an IK chain?
2
IK rigged elbows have unexpected “laggy” or “jumpy” behaviour when animated
0
IK on legs works only after you rotate a bone in the IK chain
0
IK Arm rotates in wrong direction