How to merge two characters imported from MakeHuman

I started Blender last week and I managed to create my characters in MakeHuman (V 1.0.2), import it to Blender (V 2.76b) and pose these two characters as I want.

Now I want to use them in another scene where they should show up as one object which I can place, rotate, scale, etc. This new object should show up just as the two characters in the original scene.

I tried to join them with Ctrl+J but this does not work - it even breaks the characters and give some weird structures. I think this is due to the internal structure of the imported characters from MakeHuman.

If I just take them as a copy (Ctrl+C & Ctrl+V) they stay as they are, but I have to position/scale them separately which is a lot of work.

Any ideas or hints for me? Please! Thank's in advance.

edit: just figured out how to attach screen shots.... so here are the screen shots mentioned below in the comments: the first shows the two characters selected with two times [a] and the second after joining them with [ctrl] + [j] 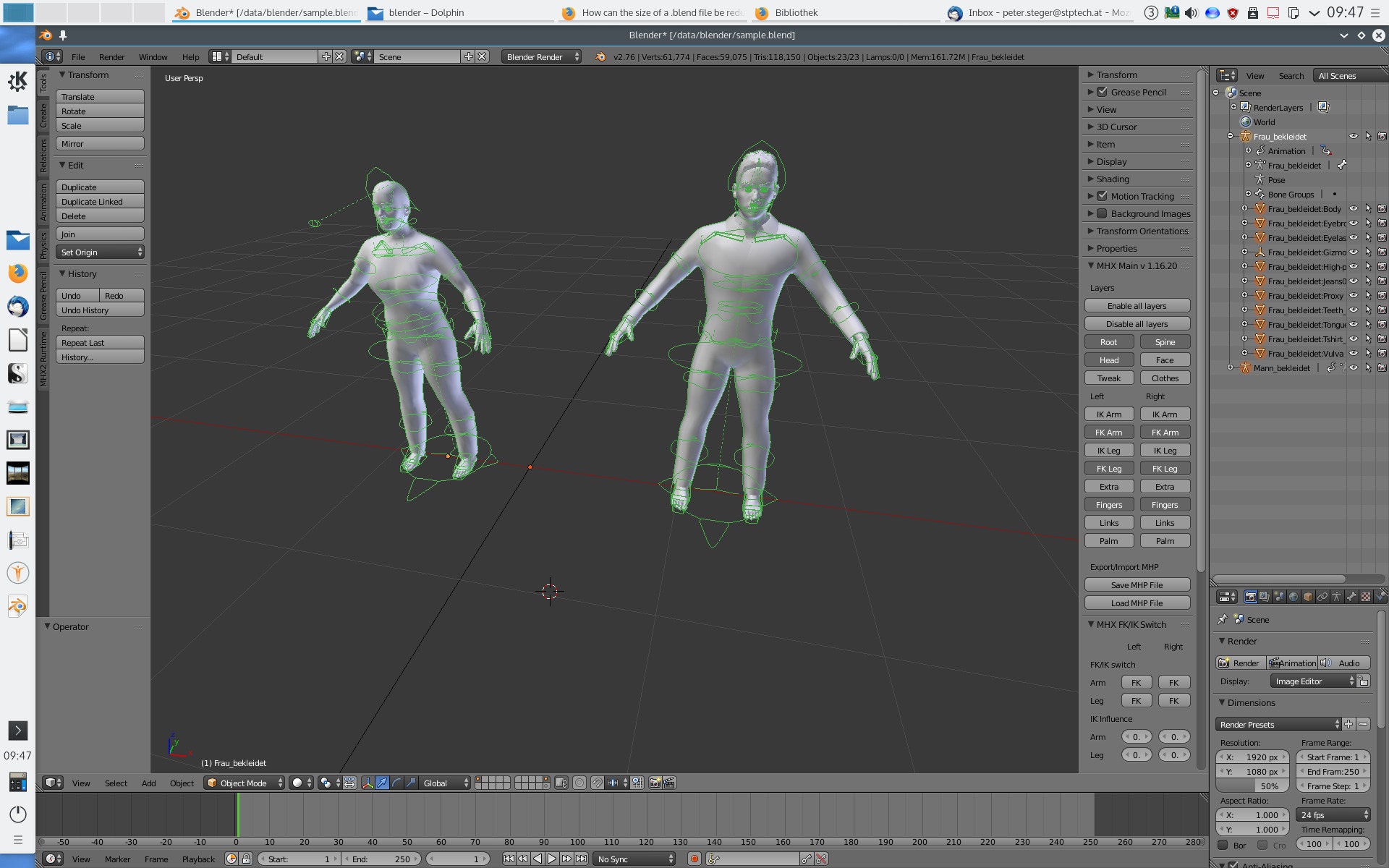 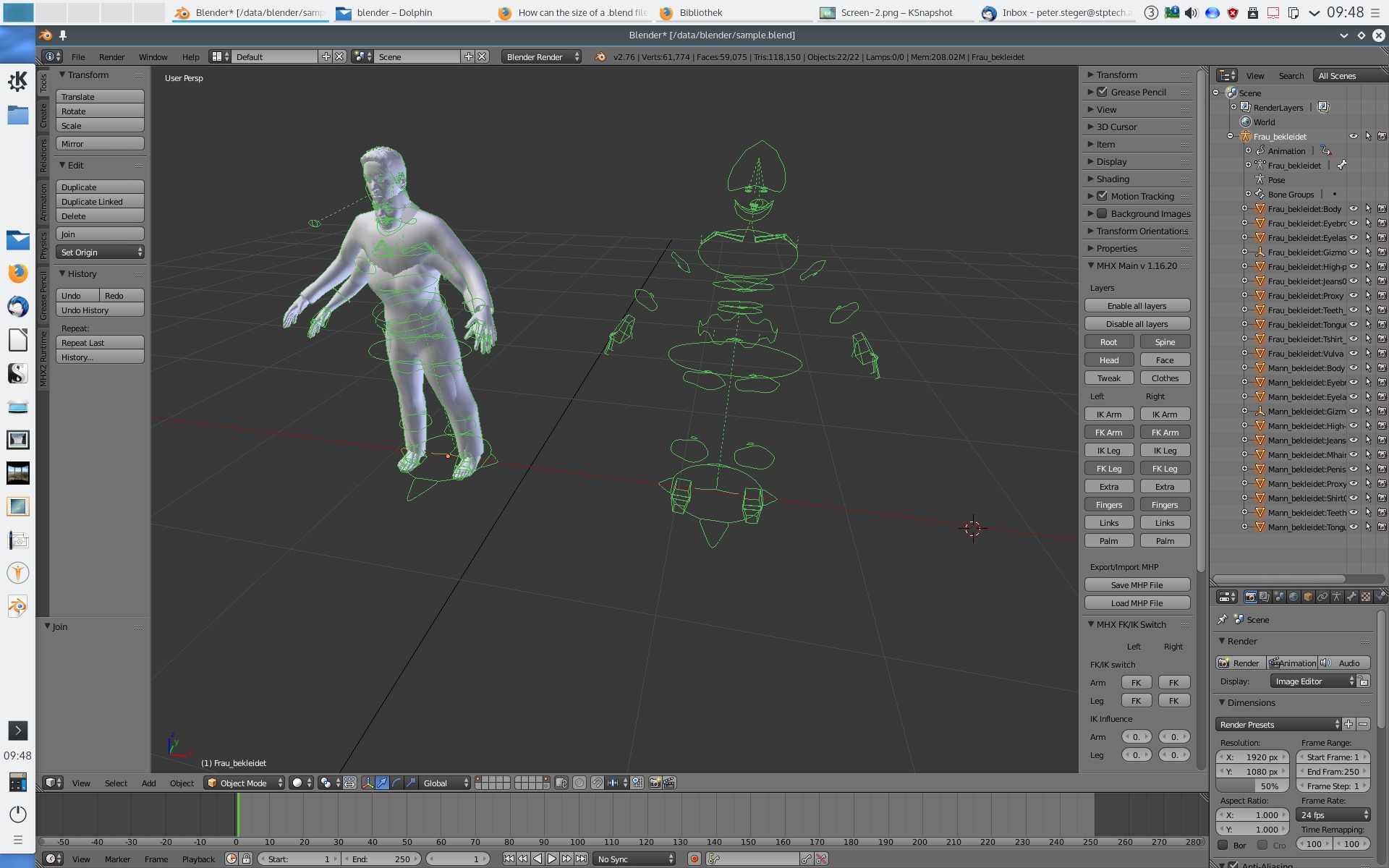 Maybe the problem is, that I do not select the characters properly?

You can parent ctrl + p one of the models to the other or both of them to an empty. And then the transformations should be applied to both of them.

As described in my commend above my solution was to group the characters within the original file and append them by the group.

Hi were you able to get the solution? Even I have been trying to join but final model is all mixed up with no proper form

Not the answer you're looking for? Browse other questions tagged modeling makehuman or ask your own question.

1
Vertex Groups assignment from Makehuman mesh
1
I can't move the finger from makehuman model with rigs
1
How to open the MakeHuman Plugin Tab?
0
How get rid of displayed external 'bones' in binary FBX character, imported from MakeHuman?