After reading this other question I tried to render a video from an animation. I added the images to the filmstrip and rendered the video. But the file cannot be opened (The operation couldn’t be completed. OSStatus error -50.)

When I open the images in Photoshop and render a MP4 movie everything works. What is my error?

You will have to delete the strips in the Video Sequence editor windows. Rendering to windows will work after you removed them.

Basically the creator of the blend file have already rendered out the sequence of frames on his computer. He has also imported them as sequence strips into the video sequence editor for editing and then planned to output them into a movie file. When you downloaded the file, those film strips are targeted to render out when you hit the render button. Since those sequence file are not pack within the blend file ... you would get transparent frames. 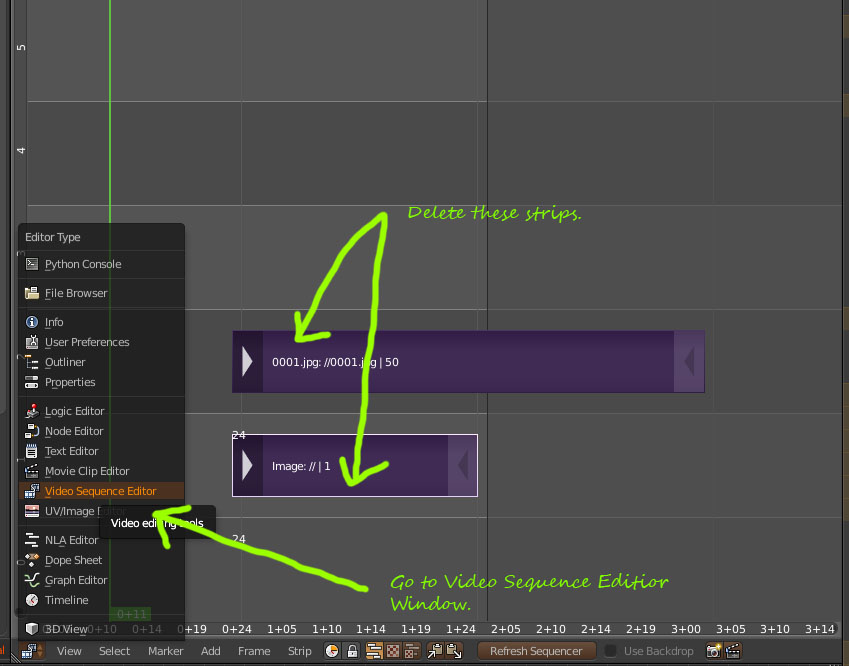 Note what cegaton said below in the comment would also work.

Not the answer you're looking for? Browse other questions tagged cycles-render-engine rendering animation video-sequence-editor or ask your own question.

49
How to render an animation as video in Blender?
1
Why is my image sequence render using an old version of my animation?

3
Use only audio when mixing compositing and sequencer in post processing
5
Workflow to convert rendered images to video
2
Deleted .dvd file, and "Could not open file for writing."
0
Can't open my animation file
1
Export animation as a video for editing later