Can I color a curve in BI by the direction it's running?

I recently asked the same question for Cycles, but now I'm curious about the pros/cons of using Blender Render instead - can a curve's tangent be used to define the color of its beveled/tessellated output mesh? 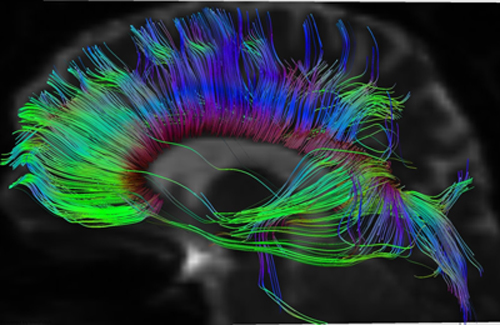 While not used very often, Blender Internal has support for node based materials. Almost the same node setup can be re-created in BI by changing the emission for a material node and the one missing being the Tangent node. While not the same result, the Global output of the Geometry node gives a similar effect. If you wanted a matching result between the two you could use Object output from the Texture Coordinates in cycles to get the same result or with some extra math nodes you may be able to get the BI nodes to give the same result as the cycles tangent node. 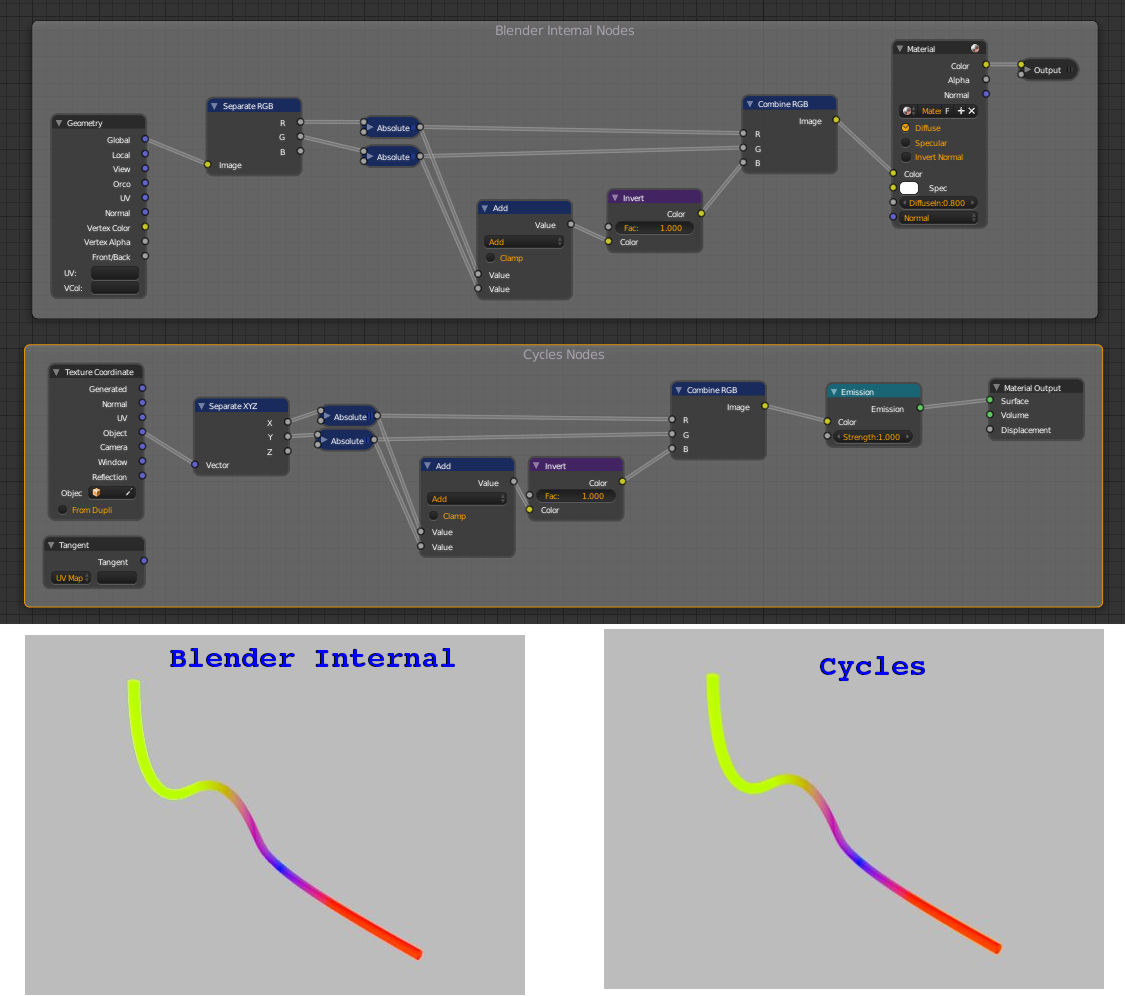 Not the answer you're looking for? Browse other questions tagged blender-internal-render-engine bezier-curves or ask your own question.

12
Can I color a curve in Cycles by the direction it's running?
4
Color beveled nurbs path according to the x-y-direction in the final camera view

4
Hair particles unaffected by mist?
1
Animate a Bezier curve deforming a mesh, without the mesh awkwardly rotating
12
Can I color a curve in Cycles by the direction it's running?
4
Vector math to get Curve object silhouette
5
What is best way to organize a scene with different sets of materials?
1
render curve color