Can this low-light animation in Cycles be rendered sharply and in HD, and how?

I am directing a series of animations in Blender in which the camera floats around dimly-lit rooms to reveal its contents.

The scenes are usually lit only by a couple of elements in the room, usually neon lights or emission objects, and usually contain transparency or reflection objects which are necessary to the scene.

Here is one example scene: 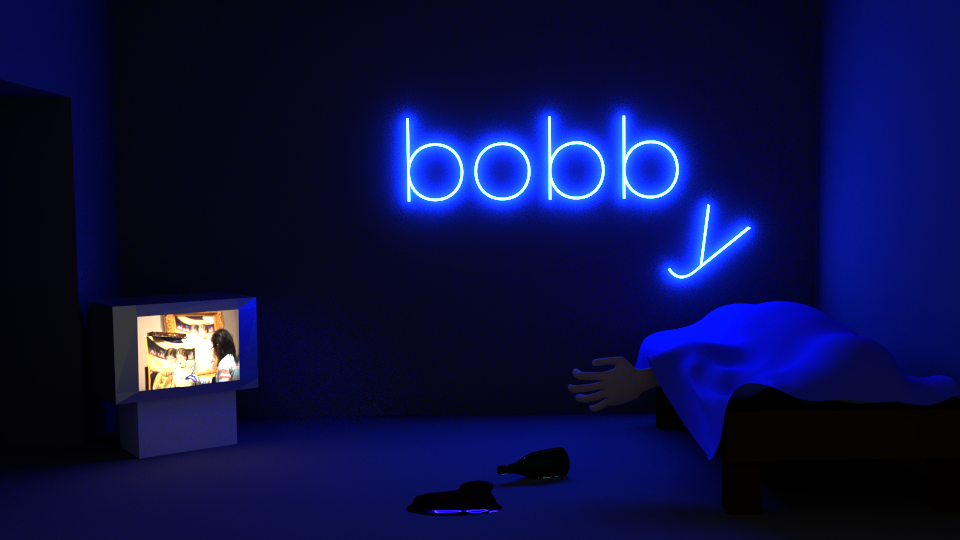 This render took 50 minutes. Since the animation is 180 frames long, rendering it with these settings would take:

This is obviously too long, especially since ideally I would like to make animations longer than 180 frames, add more reflection or transparency objects, and even render at 100% someday. (The result is 2 days on my other computer, which is still a little too long for me). Lower amount of samples (i.e. 300) are faster but obviously produce grainier results.

I've read many questions about this problem, both on Stack and elsewhere, and watched several tutorials, but most of them mostly recommend adding light sources to the scene, or disabling transparency/reflections or other modifications which I think would denature the scene. I tried changing the Exposure, the emission strength, and other settings but it never really kept the scene's mood right.

I even considered just switching to another render engine, but feel that I need advice about that.

My question is: is it possible to render this scene in HD, and with as little grain as possible?

Please post examples of the results you get and how you achieved them.

To be honest, this scene is relatively light-weight already.
A single frame at 1000 samples at 50% resolution takes almost exactly 20 minutes on my CPU (a quad core intel xeon, though the clock rate is only 2.5 GHz). Naturally using a GPU (or both CPU and GPU at once) would help dramatically.

Rendering simply takes time. Even the giant renderfarms at ILM or pixar spend as much as four hours or more[better citation needed] rendering a single frame in some scenes.

If you want to render the scene exactly as it is in a short time frame, you might consider sending it off to a renderfarm such as SheepIt, a free distributed blender-specific renderfarm where blenderusers from all over the world donate and exchange their processing time. 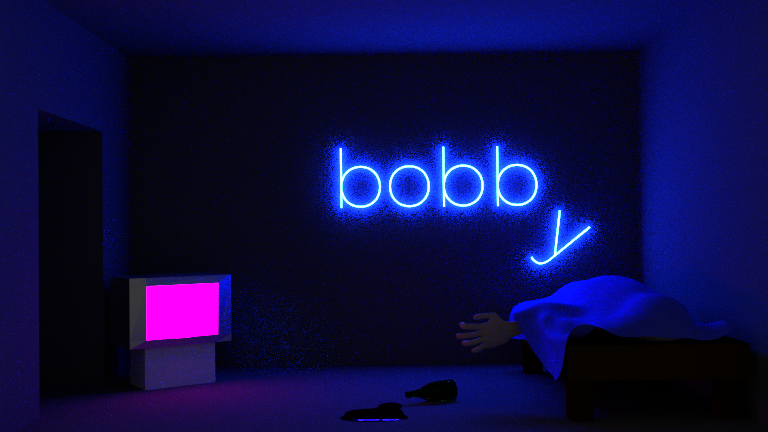 As far as things you can do without changing the result go, this scene is already pretty optimized.
You can shave off a few seconds by reducing the bounces. (an optimization of a few seconds at preview resolution and samples can turn into minutes at full quality) 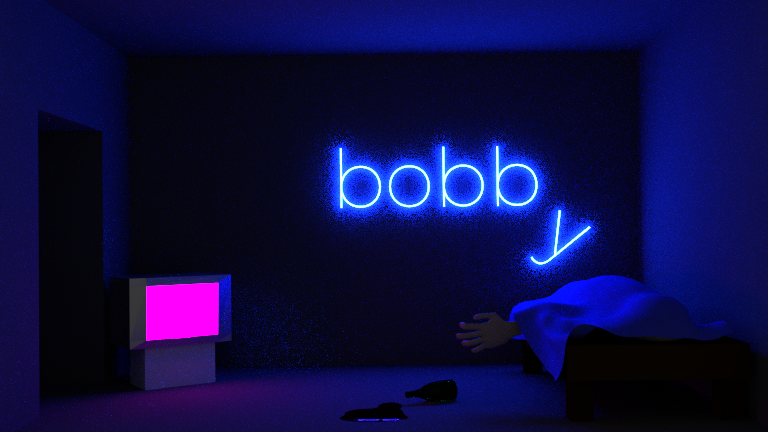 Keep in mind that tile size can also have a sizable impact on rendertime, but the nature of this impact heavily depends on the scene and your hardware.

By using an arealamp to do the main illumination and dimming the letters, allowing the less-noisy area lamp do all the work, a lot of the noise is less noticeable. Adding a glare node helps cover the noise directly behind the letters somewhat: 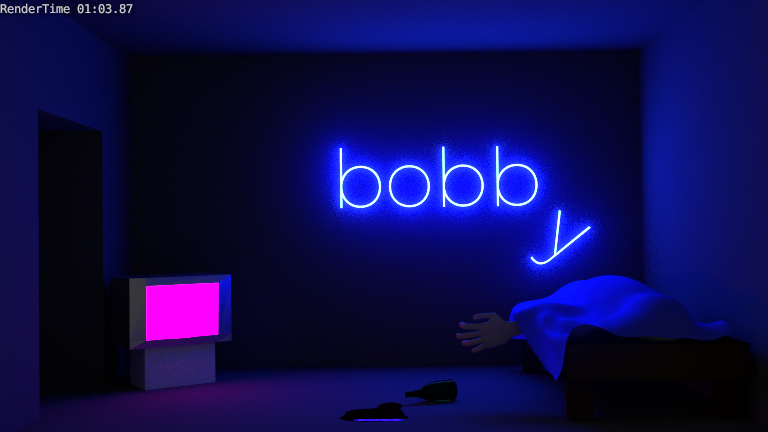 Yes, the rendertime increased (thanks to the glare node), but now the result appears slightly less noisy.

Taking this to the extreme you could even make the letters visible only to the camera: 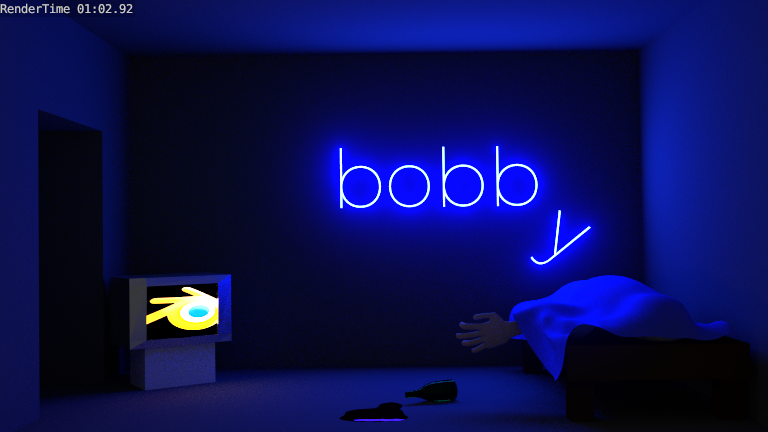 Now it's nearly at a point where you might be able to get away with 100 samples for the final render (you might still want to use 200-300 or so).

Not the answer you're looking for? Browse other questions tagged cycles-render-engine rendering animation or ask your own question.

51
How can I create a water material in Cycles?
1
What would be some approaches to get low noise images from cycles with given render time for indoor scenes?
0
Cycles rendering double question: render quality and render time
0
Converting light emitting objects from Cycles Render to Blender Render
1
Removing fireflies from render
0
Cycles lighting Principled BSDF differently on CPU and GPU
0
New to Blender. My simple scene has really long render times
1
Use graph editor for simulate neons flickering, curves don't match perfectly and negatives values of light absorbe light from the ambient