I am having an issue where the vertex that I have selected does not highlight connected edges. This happened sometime when I was modelling and it is starting to annoy me. Following this link, It says that un-checking the edge under mesh display would make the highlight disappear. I checked it and its still checked.

Loading a new file seems to display the edge highlighting and this leads to the assumption that I might have accidentally hit another shortcut that caused the edge to not highlight. 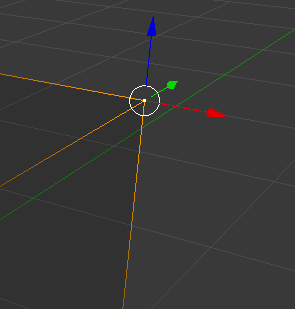 How can I fix this issue?

In this case the vertice wasn't highlighted as expected because the Mirror modifier, which was present in stack, had button Adjust Edit cage to modifier's result turned on.

This means the result of modifier's work was visible while in Edit mode and editable more or less (so you could select verts mirrored by it, for example).

But in this case part of mesh doesn't exist (because result isn't applied yet) and hence existing vertices of the mesh aren't highlighted as usual (when edges which are connected by these vertices are highlighted too) rather than one by one. Edge is being highlighted only when 2 vertices were selected.

To work without this behaviour uncheck Adjust Edit cage to modifier's result in order to directly interact only with real vertices of the mesh. You can check it if needed to preview changes when it's important for the workflow.

Read more about interface of modifiers and meaning of the present buttons.

Not the answer you're looking for? Browse other questions tagged 3d-view edges or ask your own question.

5
Vertex selection without edge highlighting?
2
How can edge loops move independently and stay connected?
2
Polygon highlighting
1
'Clear Sharp' doesn't seem to be working
2
Subdivision surface causes problems on connected edges (bridged edge loops)
0
I'd like to add an edge loop around not connected faces
0
edit mode grab tool doesn't work as expected
2
How to delete faces with only one edge connected to mesh?