Getting rid of texture bleed from opposite edge

I'm using Blender 2.76b with the internal renderer. Whenever I render a simple plane with a texture applied to it, I get a small border on the edges that consists of a mix of the expected texture color and the color on the opposite end of the texture. The same thing happens when using the add-on called "Import Images as Planes".

The filter size seems to have the biggest impact but even the lowest possible value doesn't get rid of it entirely. See the example on the lower left for best visibility: 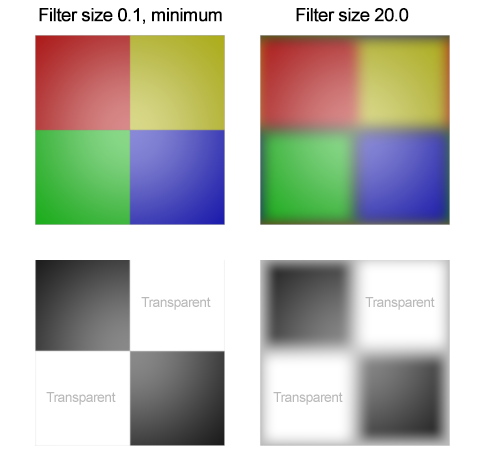 One way I could think of to fix it would be to add some empty space around the texture image. But since I'll be using my objects outside of Blender and I haven't encountered this elsewhere, I'm a bit hesitant about the wasted texture space. Is there any other way to fix this?

Try playing with the 'Image Mapping' in the Texture panel. If you change the 'Extension' from Repeat to Clip, the edge gets blurred with the background. Choosing 'Extend' yields a harder edge on the outside. 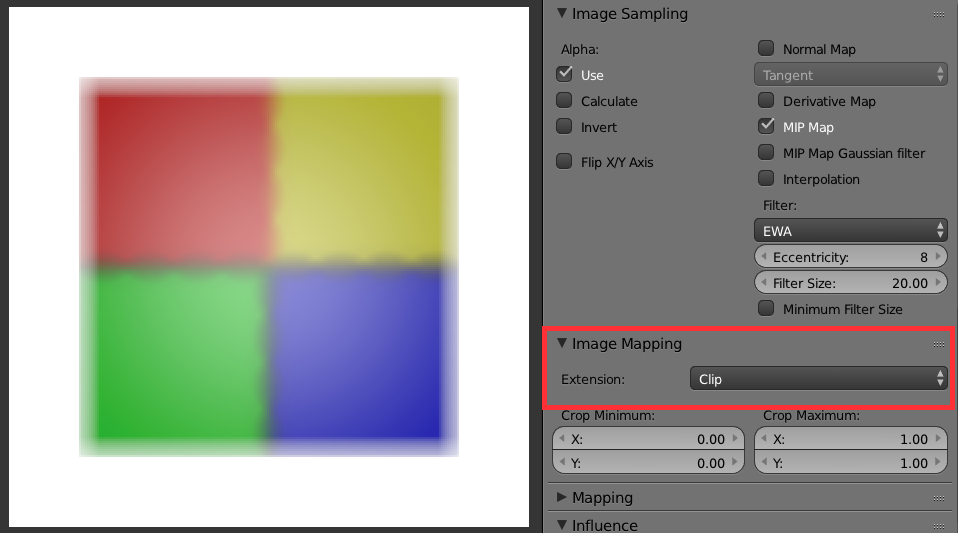 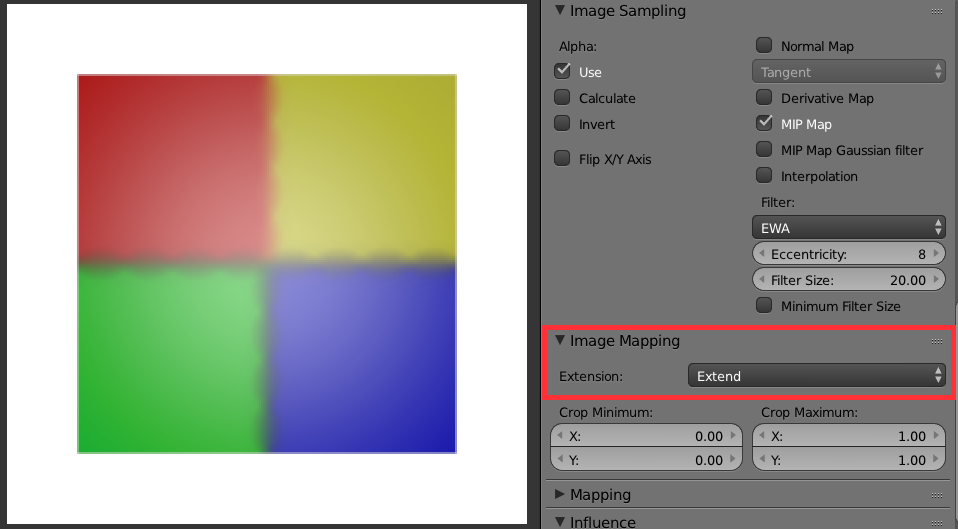 2
Getting rid of colours in textures
1
Why Am I Getting This Stretching On My Texture?
1
Why are some faces not getting texture?
0
Applying texture to plane: Get rid of diagonal repeat pattern
0
How to rid of “seams” from texture?
1
Texture duplicated on opposite side of object
0
Texture got dark gradient at one edge