I created a driver to move an edge as a constant size hypotenuse of an animated right angle triangle.

The representation of these values: 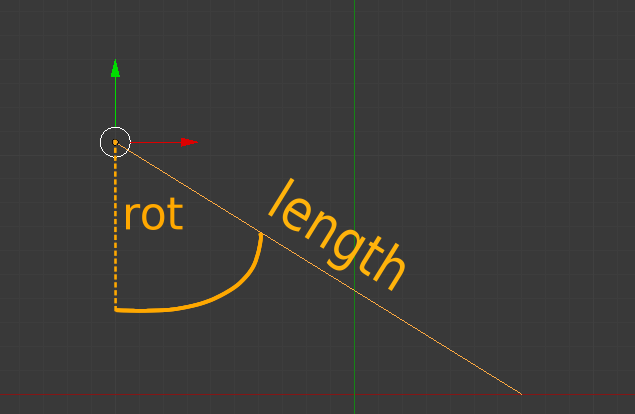 Where rot is animated from 0d to 90d (the script uses radians!), while the pivot Y location coordinate is decreasing according to the following function:

The fun part it works perfectly as it should by math if I choose a frame with the mouse cursor. however if I play the animation or change the frames with the arrow keys it will deviate like this:

If my perception is correct, during animation the driver has a 1 frame latency.

My perception was correct I modified the script to use the z rotation value of the next frame, by adding 90/45d to the z rotation. Now it works perfectly during animation, if the interpolation is linear, and it will generate a deviation if I select a frame by clicking.

Well I found a very easy solution to the problem.

I use an empty proxy object to drive the rotation and location of my edge.

So I copy this z rotation with a simple driver, and my original script gets the z rotation input from this proxy. Now it works perfectly regardless of the interpolation.

It is important to note: That the one frame latency occurred, because in the question the driver and driven properties belonged to the same object. In a case when these porps reside on different object it should not occur.

I experimented further this issue, and the problem also shows itself if two objects mutually drive themselves.

Not the answer you're looking for? Browse other questions tagged python animation scripting drivers or ask your own question.