Render of Planet Earth in Blender Render and Cycles

A couple of months ago I created this image with the help of this Blenderguru tutorial. The Blender Render engine is used. Although only one sun lamp is used you may note that the shadow side of the earth is not black. 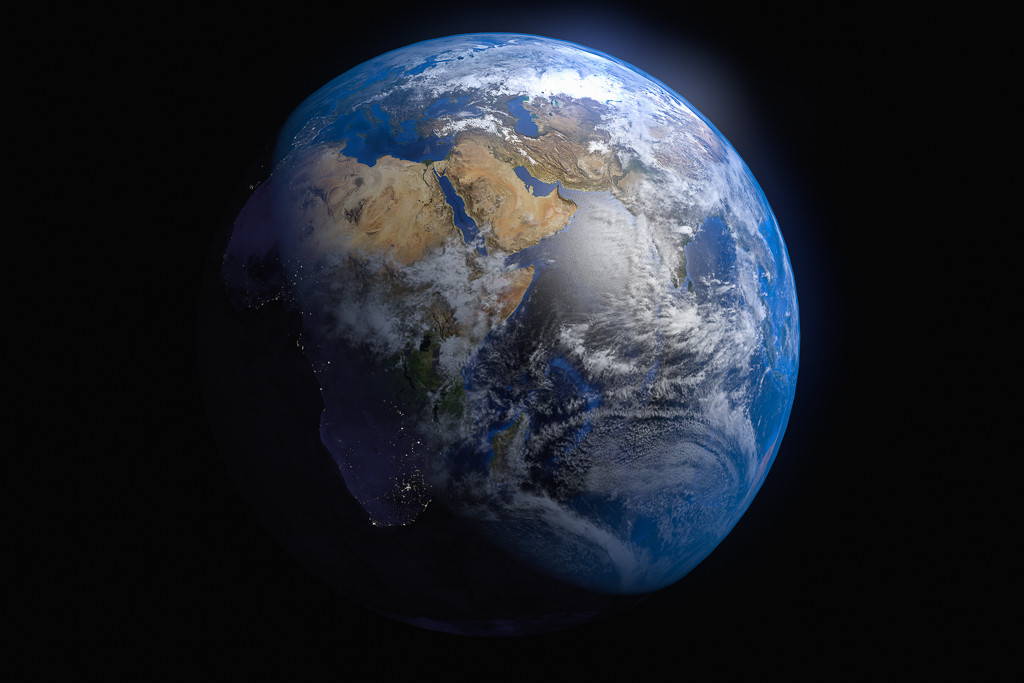 Now I have a little understanding of cycles I tried to build the planet earth in cycles with this result. Note that the shadow part is very dark / black although I used a very tiny Ambient Occlusion 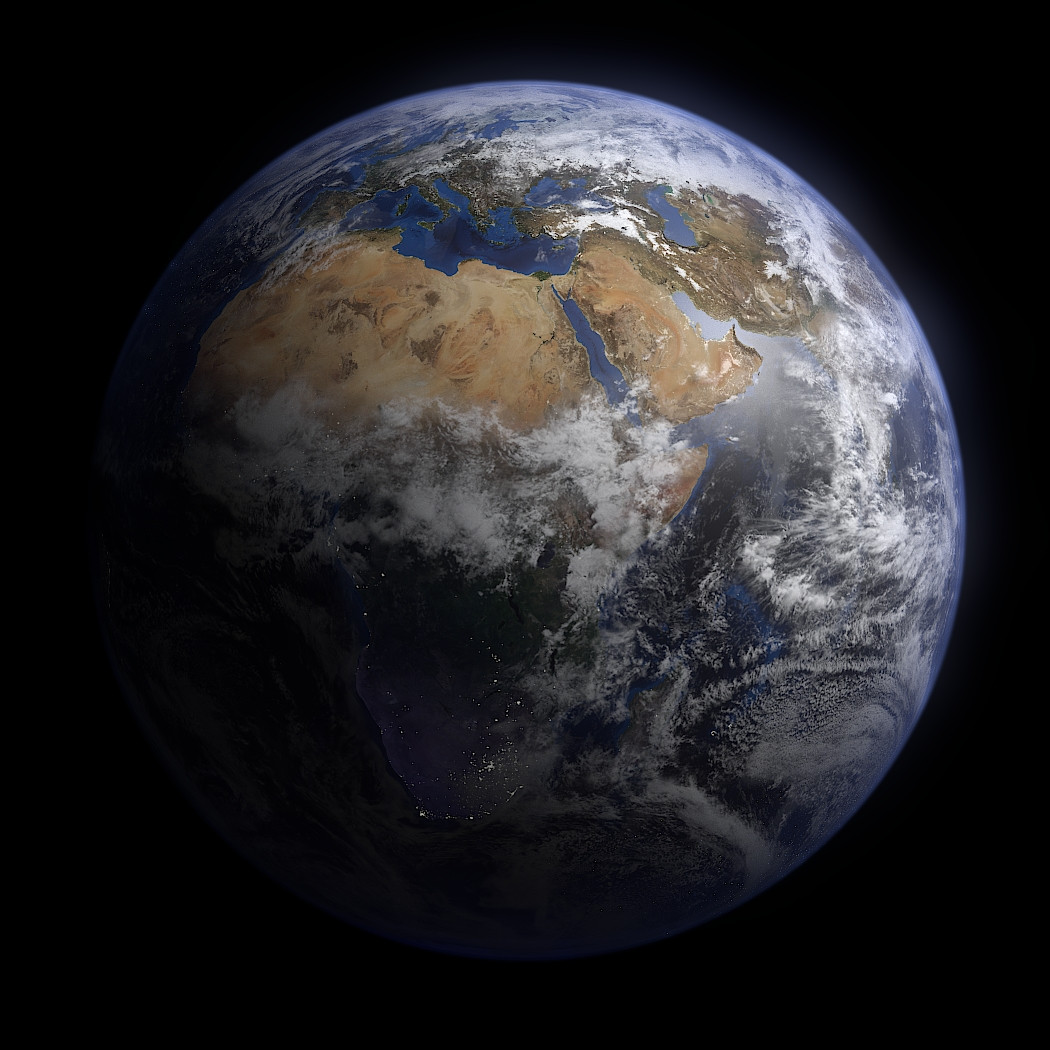 I really prefer the blender render result because

It looks like that the proportions are different. Did I make some mistakes with the texturing. Or is this simply the kind of differences that are normal ? I thought that Cycles was the more photorealistic render engine, but is this true and are there better engines ? Were did I go wrong with my cycles render ?

After the answer of Gandalf I applied his volume shaders to my Atmosphere and I also added subsurf modifier to the atmosphere. This is the result. I used the same shader as Gandalf. I guess I should change the distance between the atmosphere and the earth ?? 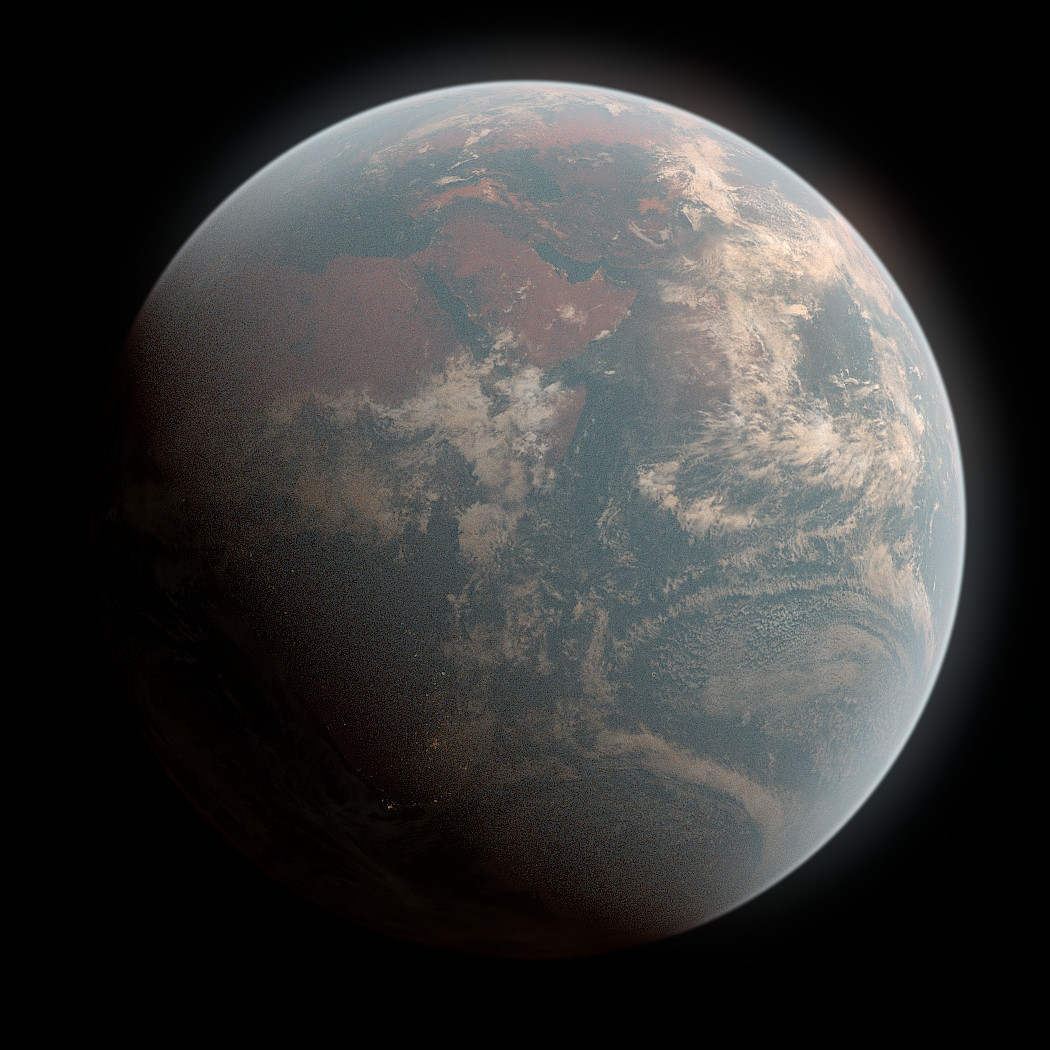 Cycles is capable of utilizing physically-based rendering techniques, but that doesn't inherently make every render appear photo-realistic. See How is Cycles different from Blender Internal?

To get a nice atmospheric scattering effect in cycles, I'd suggest wrapping your earth sphere in a slightly-larger sphere with a volumetric material such as this: 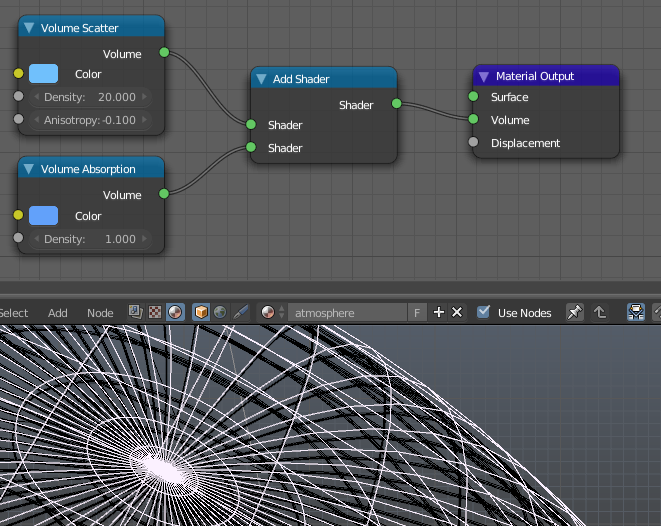 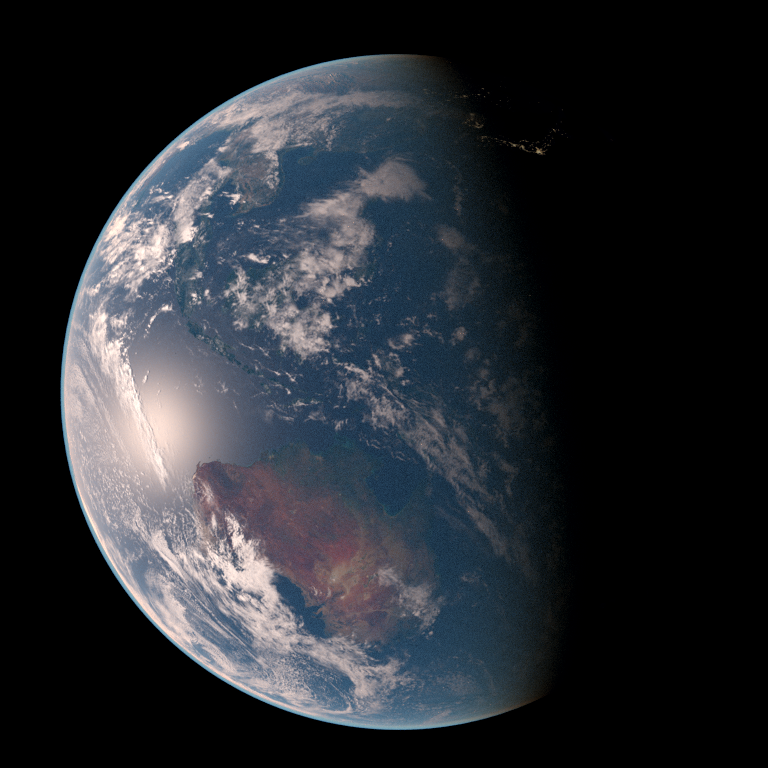 Note that these values are arbitrarily hand-picked based on what I thought "looked nice". If you are after accuracy you'll probably want to do a bit more research than I did ;)

It could use some tweaking, but it does look somewhat similar to actual photographs of the earth: 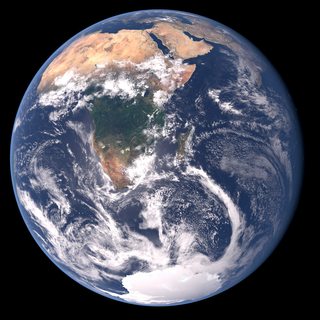 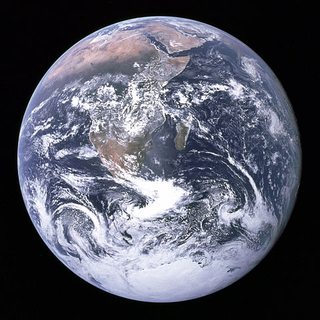 Note that in the above setup the atmosphere is a constant density. The real atmosphere gets less dense higher up, creating a subtle falloff. This is pretty easy to simulate with a spherical gradient texture, but will vastly increase render time.

If you don't see the edge of the atmosphere very close up in your render, simulating this may not be necessary.

In response to the edits to the question:

To get rid of the grid-like pattern, add a subsurf modifier to the atmosphere sphere and increase the number of subdivisions until it's no longer apparent.

Keep in mind that thickness matters a lot with volume rendering, so another thing you can tweak (in addition to the density etc.) is the scale of the atmosphere object (adding more or less atmosphere on top of the ground)

Here's the .blend of my setup:

Note that everything is just eyeballed; nothing is based on real-world data.

If you prefer the blender internal render for this kind of scenes (as I do), then you can use inverse Fresnel material approach to simulate atmospheric effects including outer glow, color gradient, soft edge near the space etc. Here is:

It does increase render time, but just a little bit. 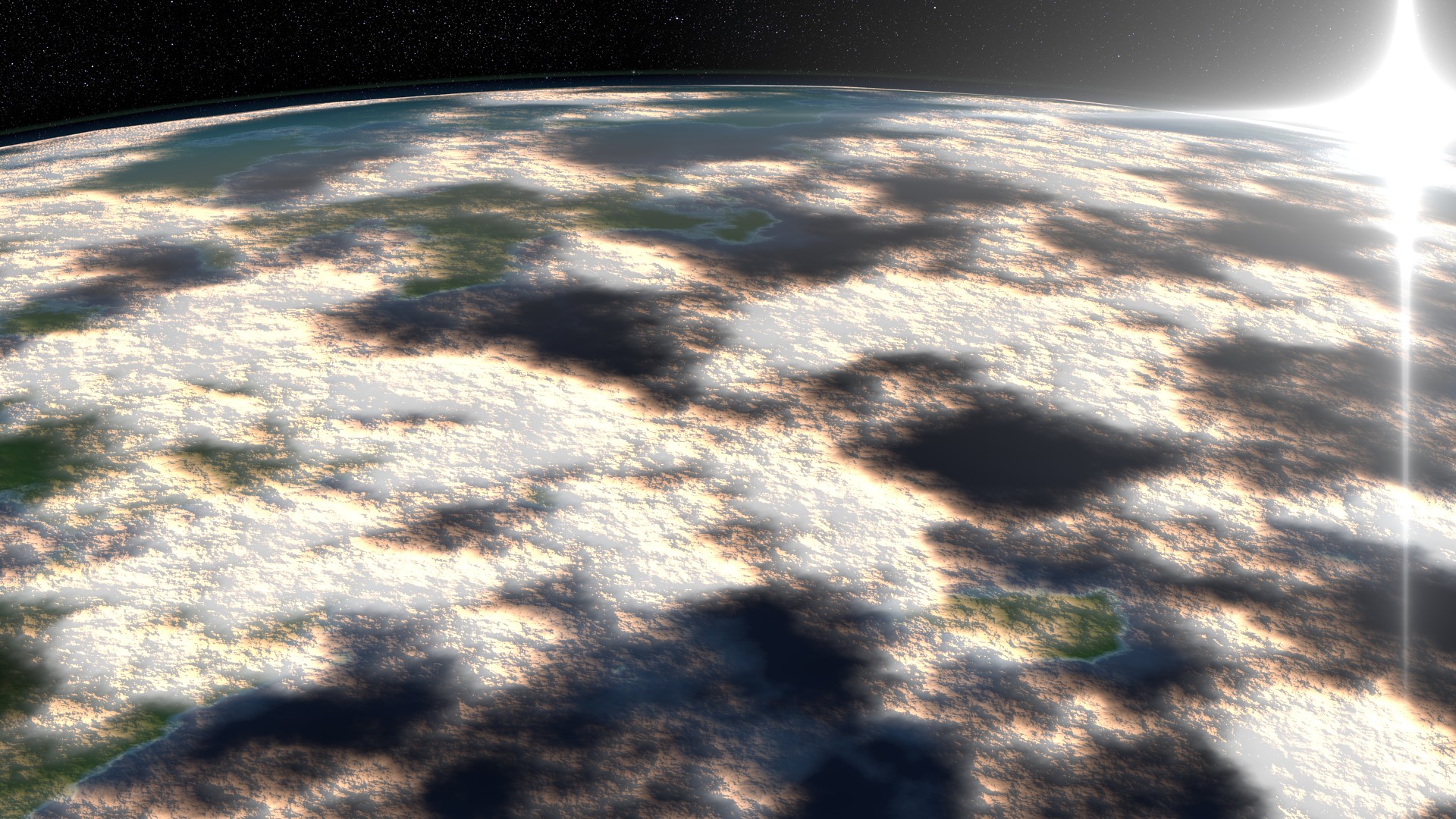 87
How is Cycles different from Blender Internal?
33
What is the best way to unwrap a sphere?
6
I want to mix Cycles shaders based on self shadow
2
Cycles texture on sphere to follow sun rotation
1
Planetary/Atmospheric volumetric clouds
1
How to create a realistic horizon sun flare?

12
Atmosphere (Rayleigh/Mie) Scattering in Cycles
2
How do I make my textures show in cycles?
2
Simulating the atmosphere
1
Volume scatter without rendering the volume object
2
strange artifact when rendering volume
1
How to make a procedural planet material with varied roughness of land and water in Cycles with Blender 2.8?
1
Keep a set of objects from casting shadows while having a shadow