I have a problem with particles. I can see them in the viewport, but no matter what I do I can't see them in my render. Could anyone of you please help me? I really want to create a snowy scene.

For Cycles to render something, it has to have some kind of geometry for the light to interact with. But particles are really just 0-dimensional points in space, by default they have no geometry. So for Cycles to render them you need to give them some geometry.

You have several options under the Particle Settings panel > Render rollout as to how to render the particles:

Rendering halos in Cycles is a little more complicated (but way more flexible and useful) than in BI. As stated above, you must use volumetric Point Clouds.

To set this up create a domain object (usually, but not necessarily, a cube) around the particles, make sure all particles you want to render halos are within the box (or use multiple domains).

Then give the domain object a volumetric emission material by plugging an Emission shader into the Volume Material Output socket. By default this will simply emit light from the entire volume, so to tell it to only emit light from where there are particles add a Point Density texture node controlling the emission strength. 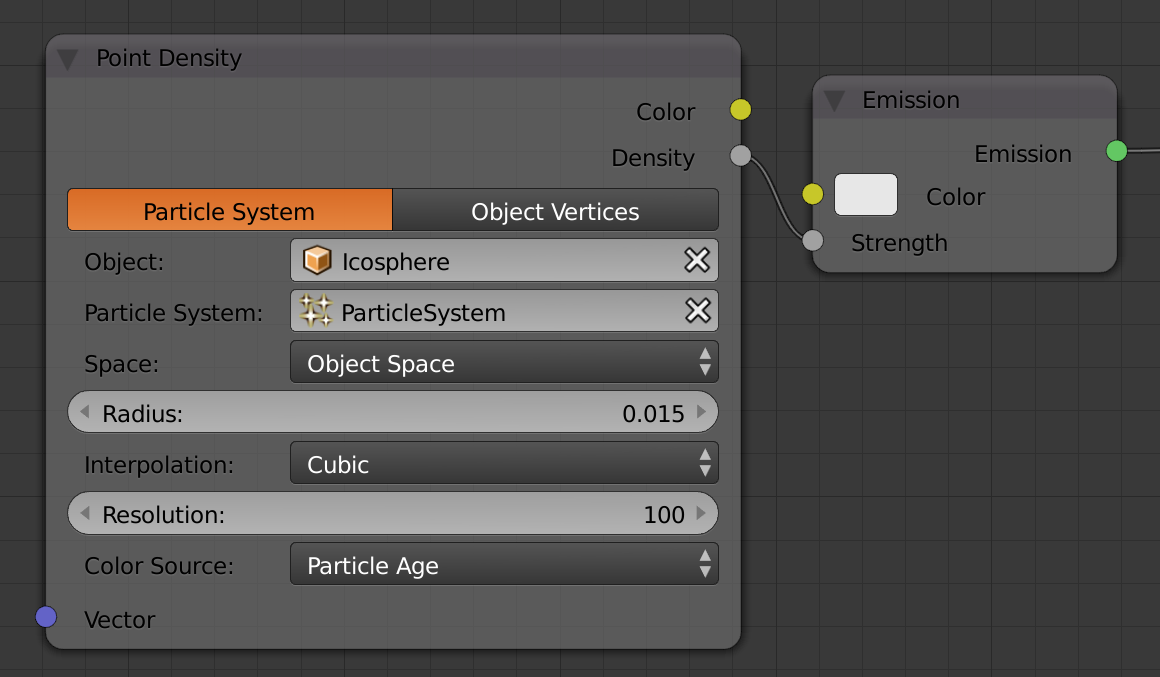 Here's an overview of the Point Density node's settings:

Make sure, you render the particles as objects (snowflakes, perhaps). 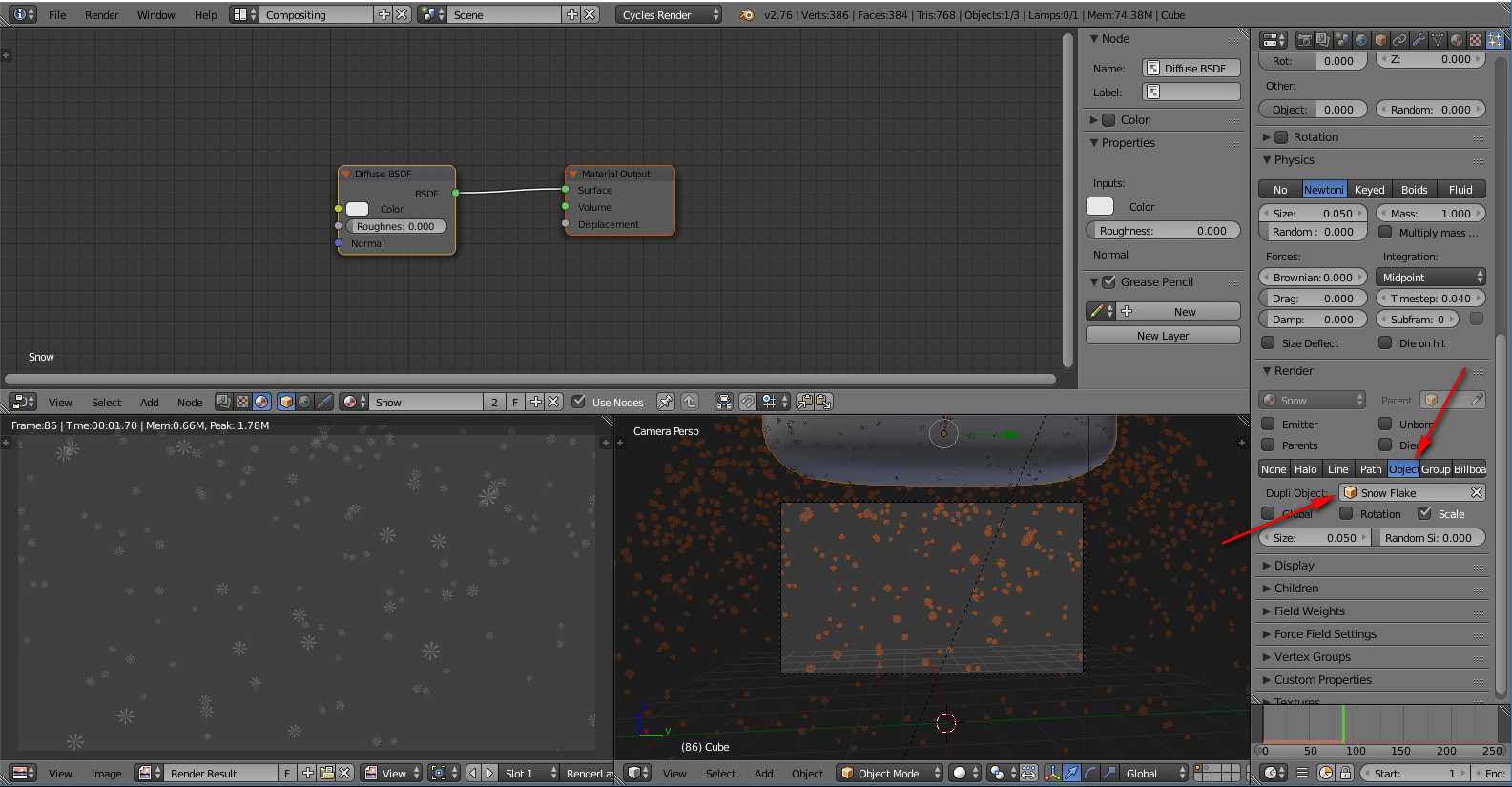 Easier way I did it - instead of "halo" - select "object". Create an object (box/cube - whatever) - and specify that as the "Dupli Object".

2
Blender cycles won't render halo particles
2
Particle system not rendering in cycles
1
Is There A Cycles Alternative For The Halo Material Effect?
14
How to create a fire/light effect in a spaceship engine
6
What is a Point Density texture?
4
How can I do glowing halo particles/special effects in Cycles?
3
Are Blender 2.8 Halo Particles meant to render? [EDIT: Or ANY particle, for that matter!]
1
Duplicate one fluid simulation with a time offset?
2
how do you render falling snow (particles) in cycles render?
1
How do you create an aura, or halo effect, like what was possible with the internal Blender Render Engine, in 2.80
See more linked questions

6
Particles render in viewport, but not in final
7
How to render LINE particles in cycles render?
1
Particles not responding to size changes
0
Cycles won't render from Render Region