I'm currently working on a 3D scene in Blender 2.71. It has a mesh landscape. For the sky, I use a shadeless UV sphere with shadow deactivated. It also has a base in the center where most of the detail is located. Inside the base I have several meshes with an emit value given to them so that they act as artificial lighting (using Indirect Lighting). In order to make them actually emit light, I set the "Gather" setting to "Approximate" under the "World" tab of the "Properties" panel.

However when I look at the rendered view of my scene, the entire rendered image goes black (erratically when I look at it from different angles). I have tried removing certain items in the scene, but only deactivation of "Indirect Lighting" fixes the problem.

How do I keep the "Indirect Lighting" setting active, but prevent it from causing the entire rendered image to be black?

EDIT: I noticed that when the problem happened again recently, it stayed black from every angle, but the sky stayed visible (even though "cast shadows" is deactivated on the sky object).

EDIT-2: Here are some screenshots of the problem: 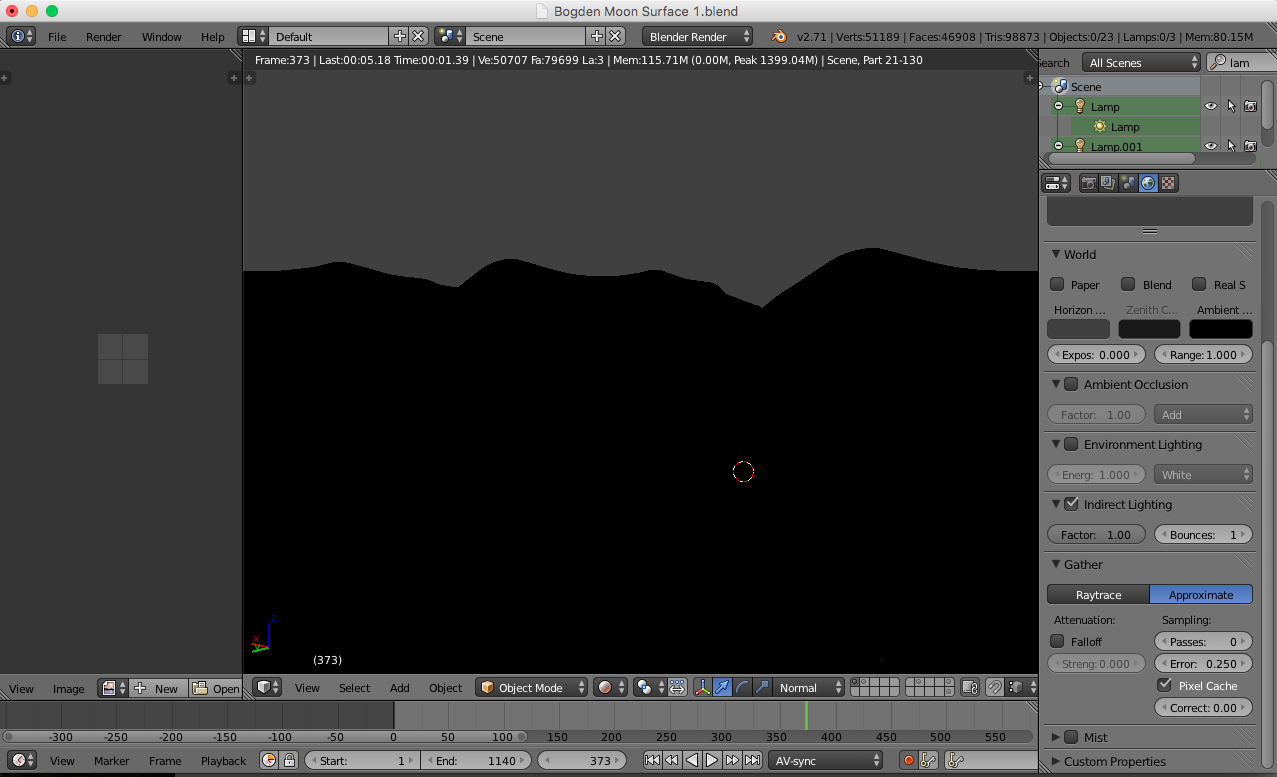 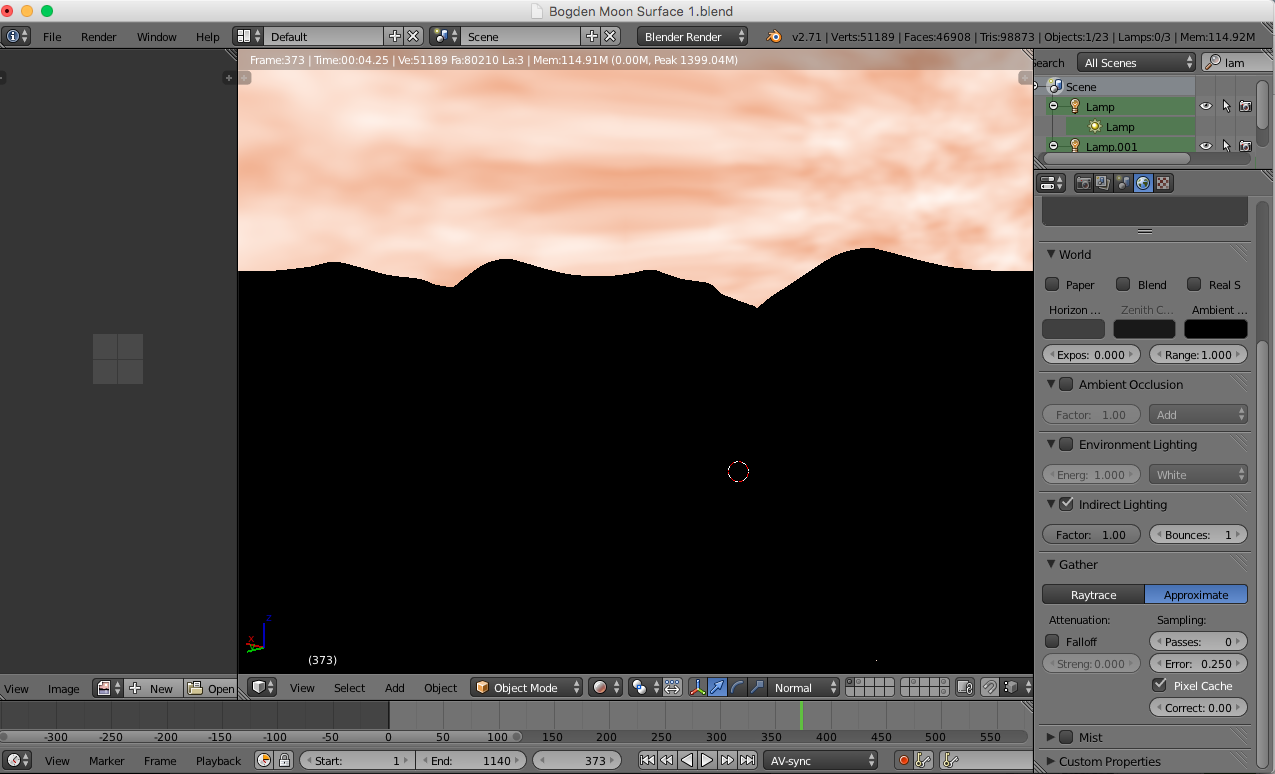 This is no longer a problem after upgrading to Blender 2.76b.