How do I perform multiple extrusions around a spiral?

I managed to select the same edges on most of the objects using select>select similar by face angles. Is it possible now to extrude all of them straight outwards from themselves? 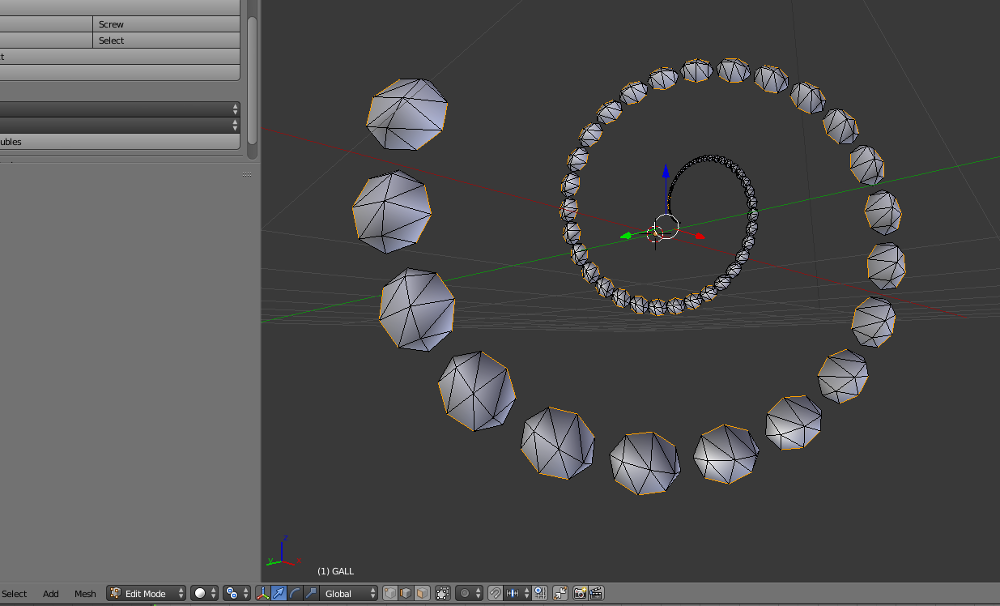 You could use an array modifier to make a millipede, that way you don't have to mold all of the legs individually, but just once.

starting with a spiral (I used the AddCurve:Extra Objects add-on) 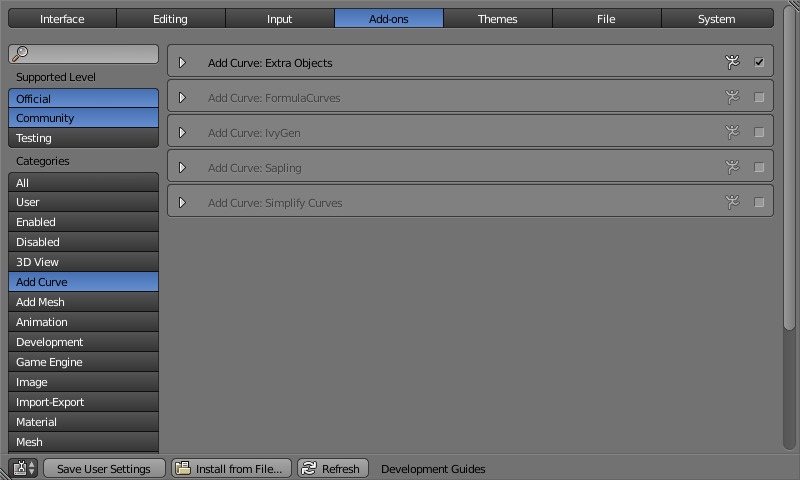 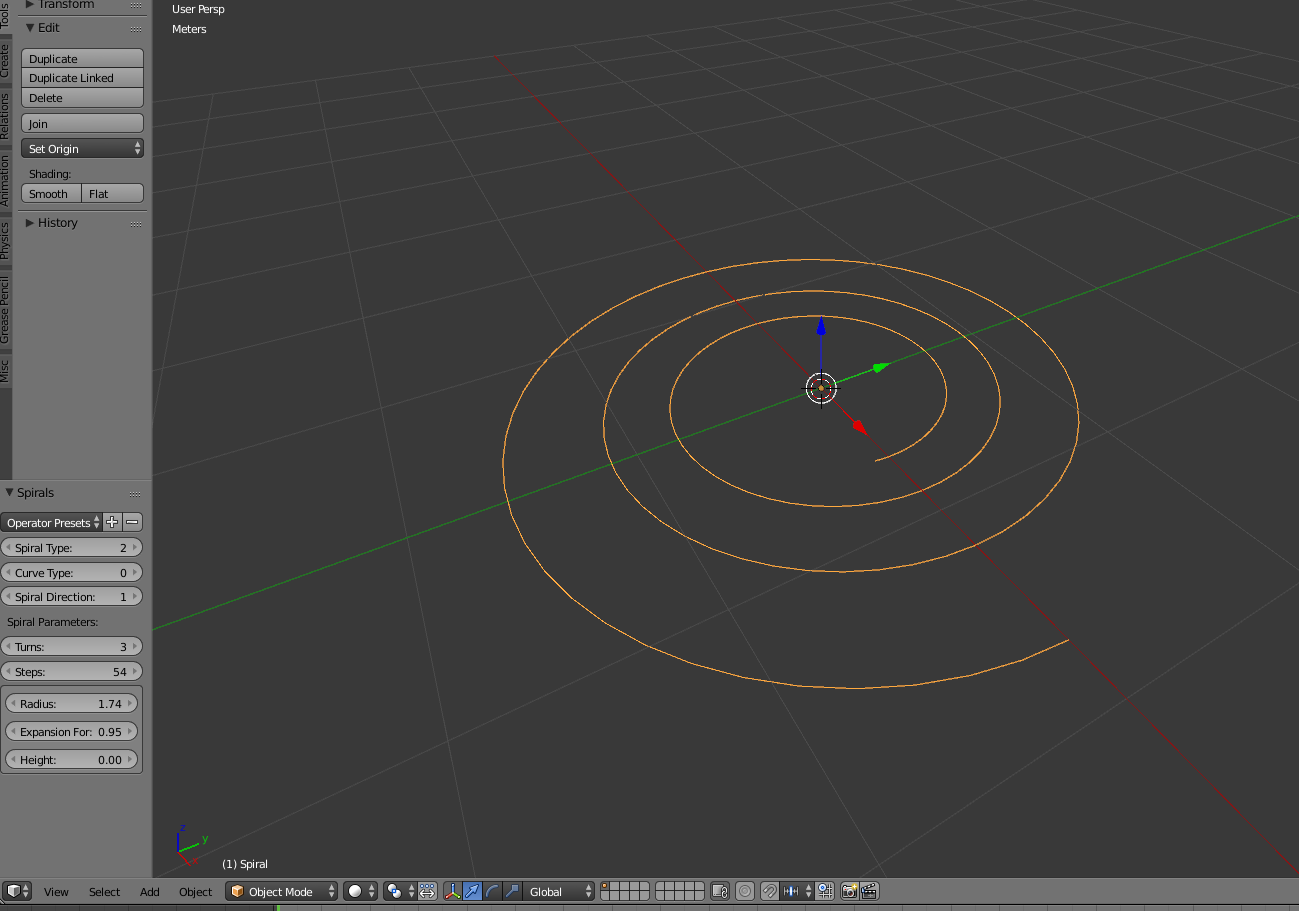 then create the base object: 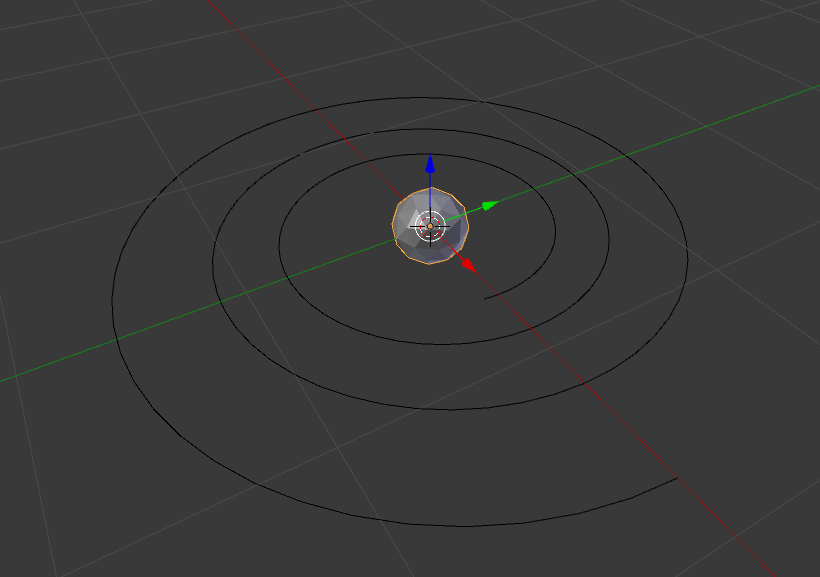 Add an array modifier, set the fit type to Fit Curve and select the spiral as the curve object: 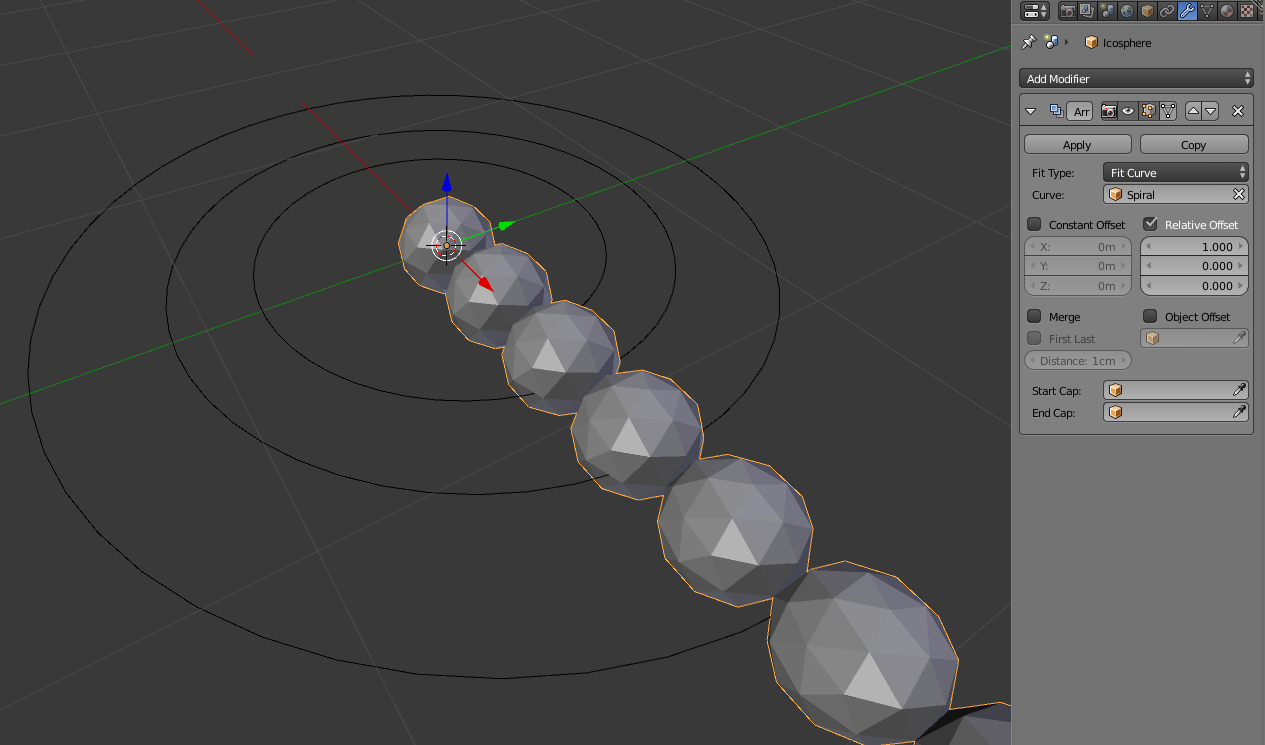 Add a Curve modifier and select the spiral as the object. 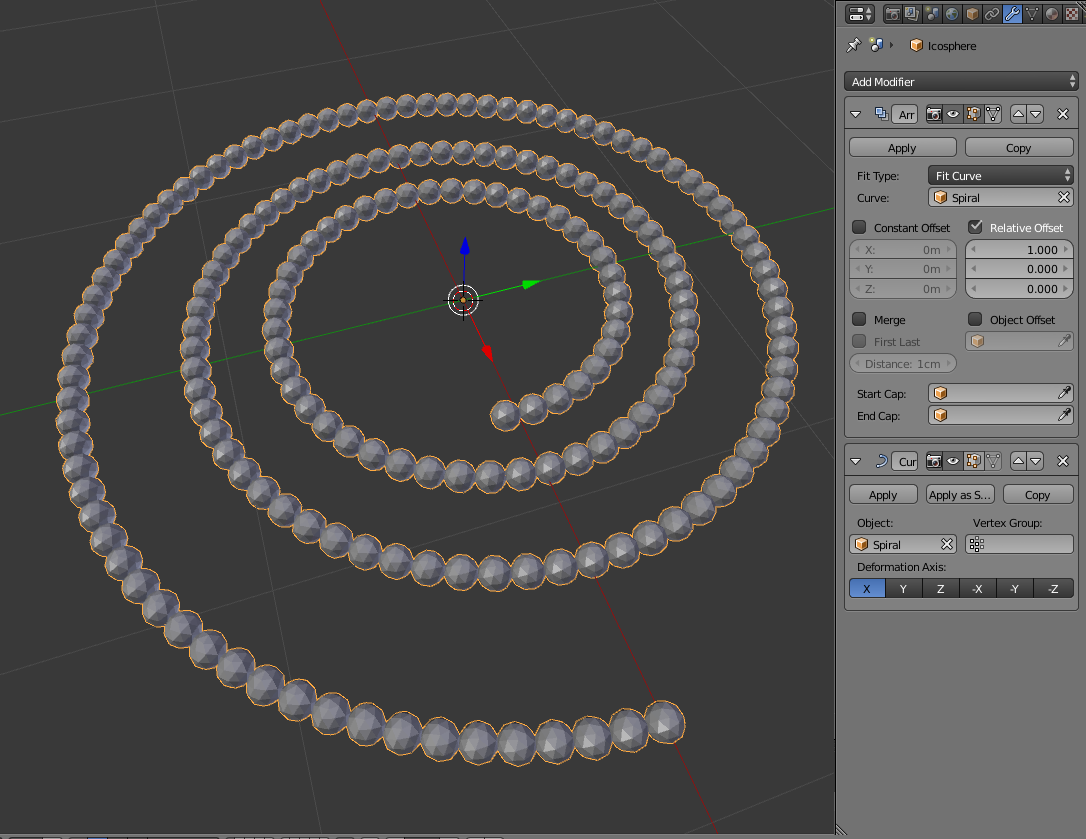 Select a few opposing faces on your face object and do Extrude Individual. To shape the legs. 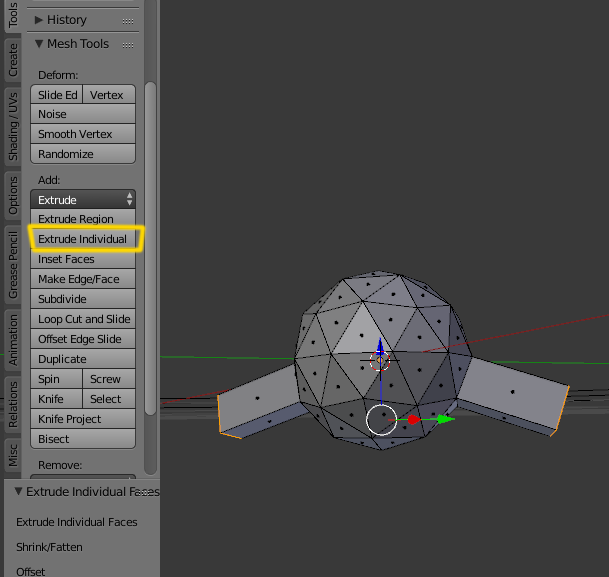 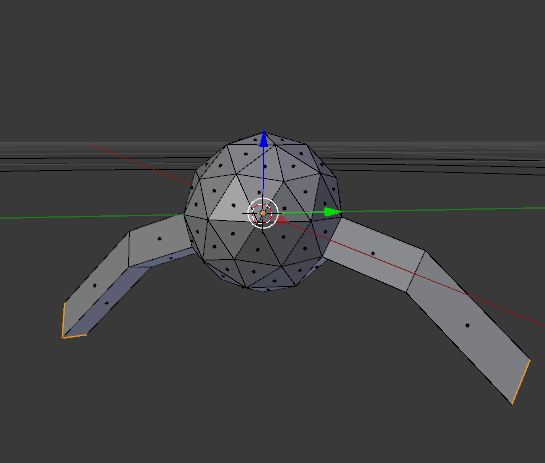 When you exit edit mode you should get something similar to this. 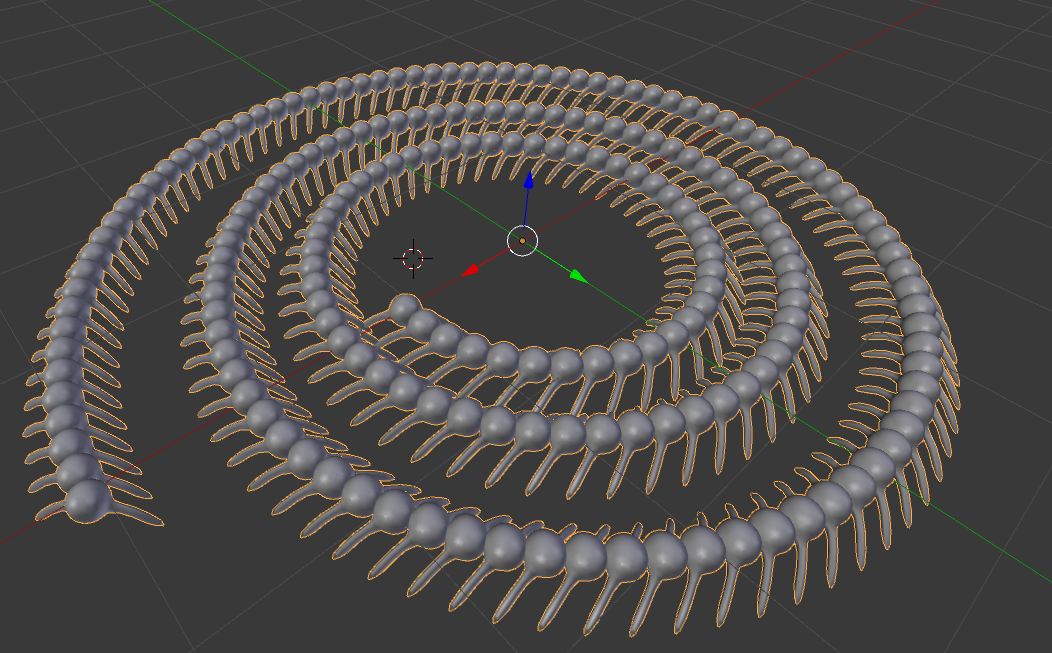 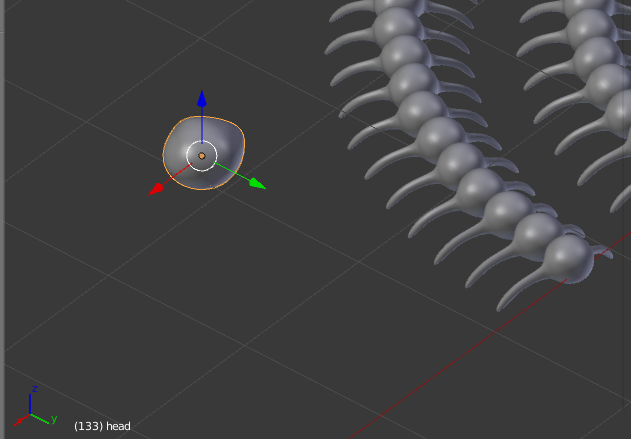 and select it to be used as the end of the array (maybe you could use a tail object as well, I don't know anything about entomology..) 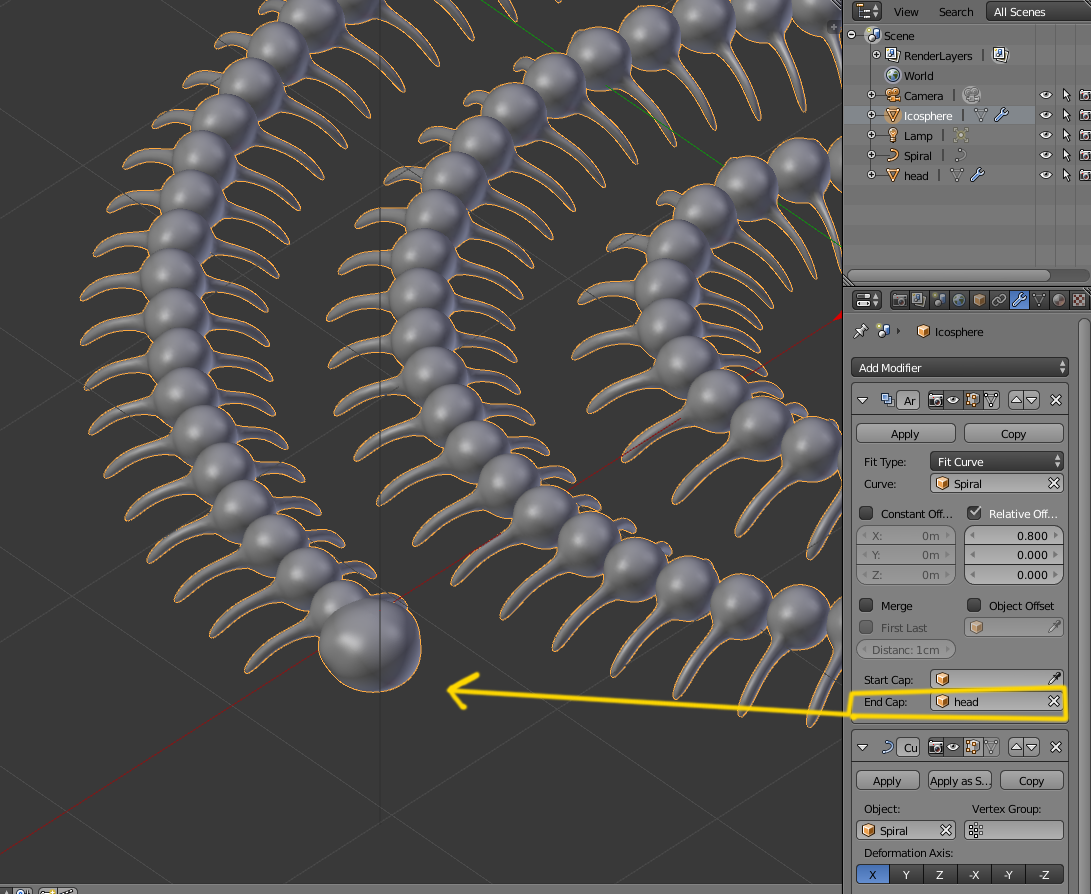 The beauty of working with modifiers is that you can go back and edit the main object and reedit as much as you want and all of the instances on the array will be modifies as well. If you edit the spiral curve then all of the array will follow. 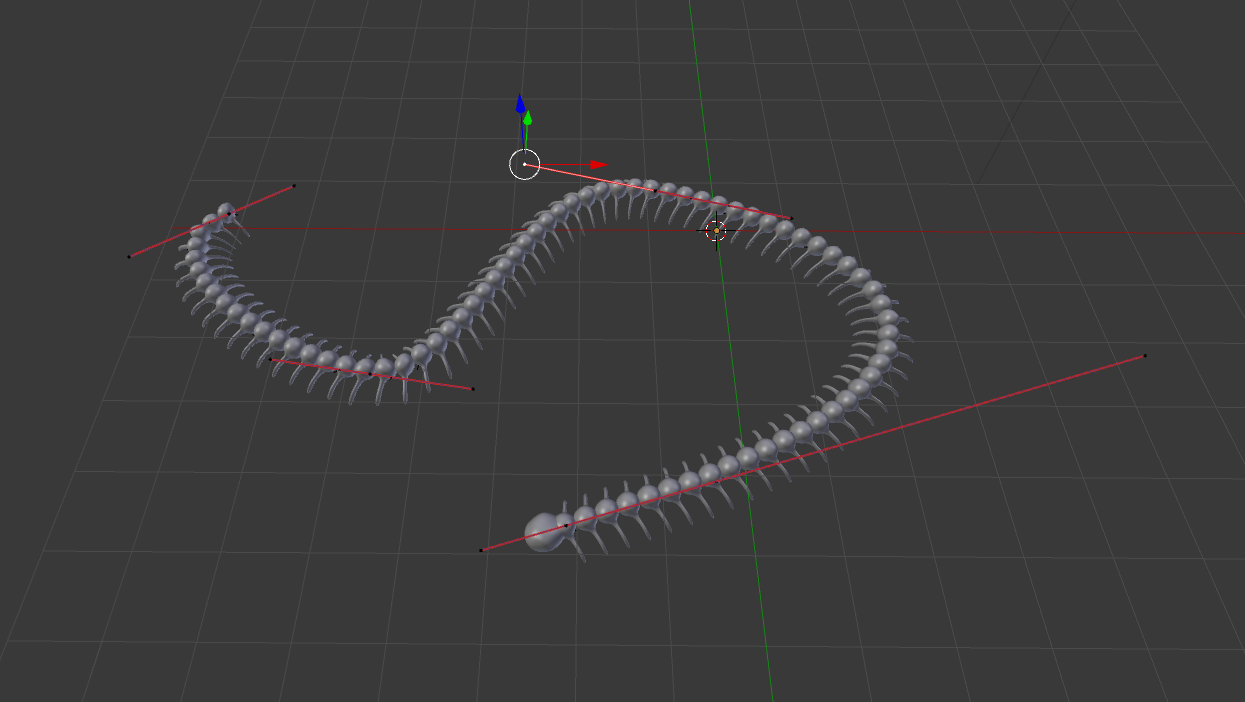 Adding an empty and using it as object offset on the Array modifier will allow you to scale it so the back of it is larger than the front. 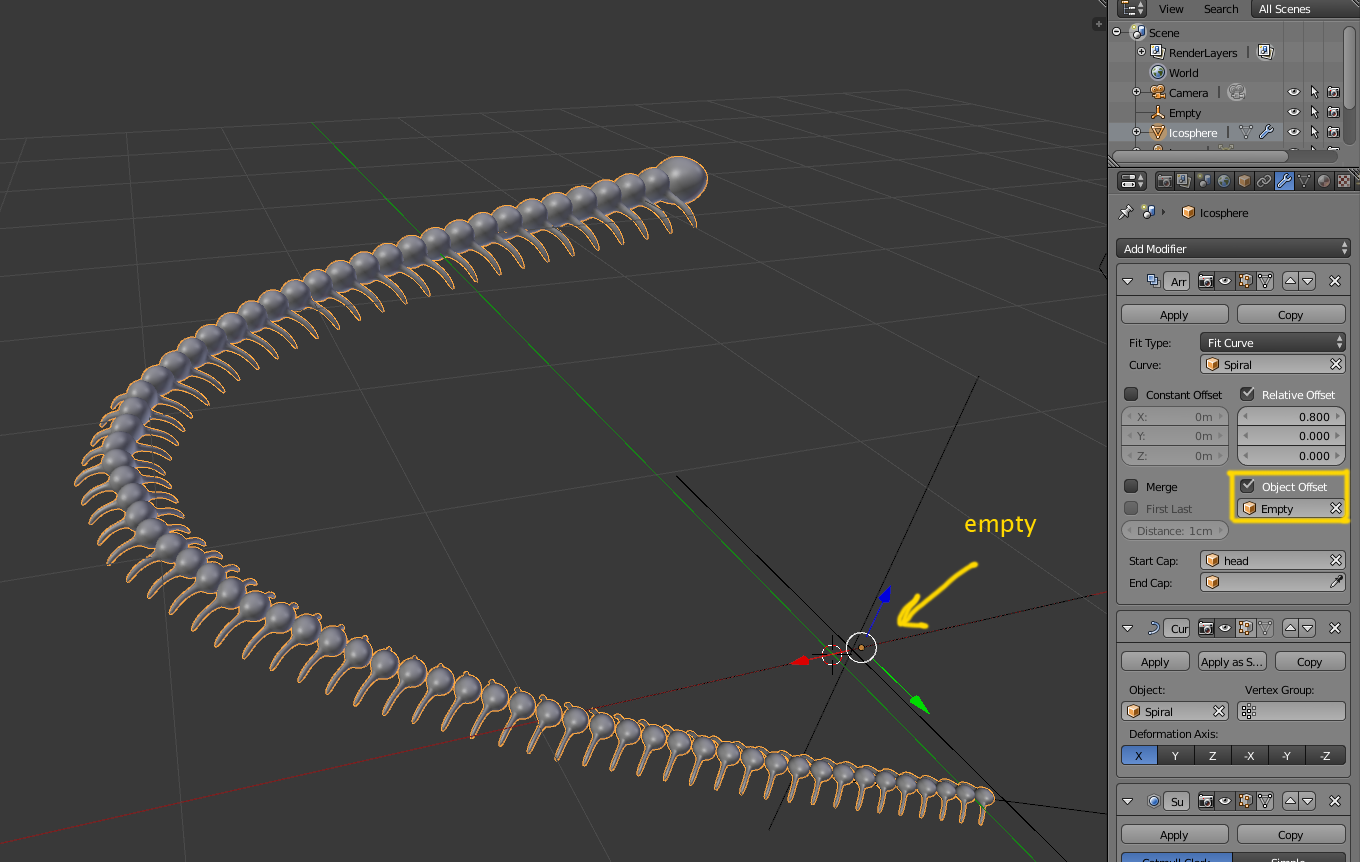 Select everything in edit mode, P (Seperate), by loose parts. Then in object mode, select all the loose objects, and with one of them selected as the Active object, Control-L and link the mesh data. Then go into edit mode and on one of them, scale outwards on Bounding box centre or such with the relevant edges selected. All of the other meshes should follow suit automatically.

0
Extrude as individuals?
0
Equal Extrusions?
1
How to scale multiple faces proportionally
0
Cant add loop cuts after few extrusions and bevels
2
2 related(?) questions: How to scale or extrude multiple selections together?
2
How to extrude surface keeping face angles
3
How to extrude in the same way a “3D” angle?
3
How do I recreate this shape?
2
How can I extrude all faces evenly and scale faces inwards separately?
0
Extrude multiple faces, stopping at intersection