Scene is being rendered instead of animation? [duplicate]

I created an animation in blender, exported it as a series of png files, used the blender video editor to merge them as frames in a clip, and continued to add sounds, transitions, etc. to complete the scene.

When I attempted to export the final product to a video file, all of the frames were re-rendered, but instead of the correct color view they rendered as greyscale scene view (essentially not even rendering anything). All of the images were overwritten instantly, and the previous hours spent rendering were wasted.

Now, I'm trying my hardest to re-render the entire scene, but every time I try to render the animation (or even just a still image), it keeps rendering the greyscale image scene as opposed to the actual product. How can I fix this? Also, once this is fixed, what is the proper way to render the final video?

Go to Node-Editor change it to COMPOSITING and press Shift+A for adding an IMPORT --> Movie Clip. Connect Image from Movie Clip with Image Composite. 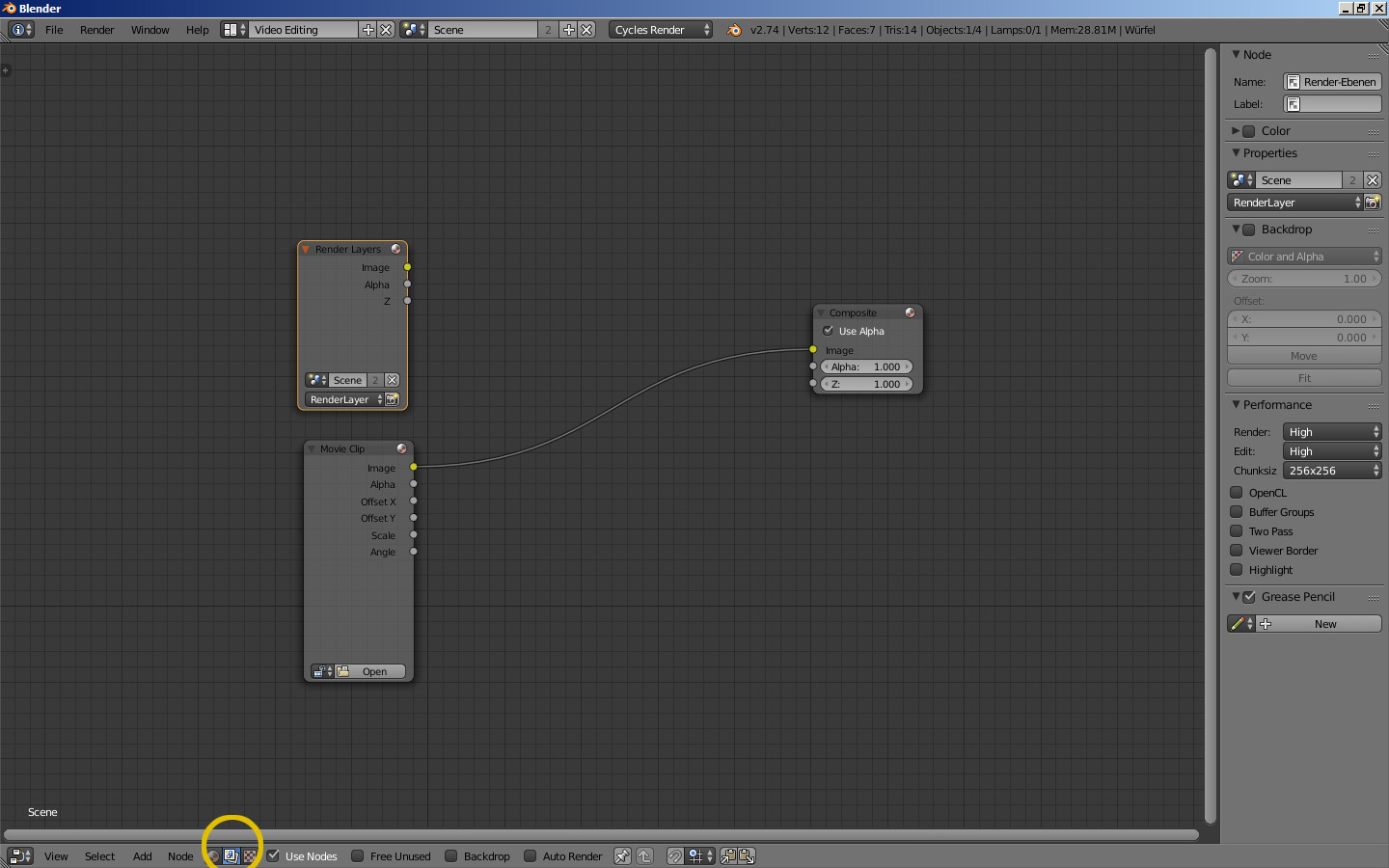 Not the answer you're looking for? Browse other questions tagged rendering scene or ask your own question.

14
Blender is rendering an older version my project

3
Is there a way to render an animation that looks like as if it is rendered with the OpenGL lights (View-port lights)?
3
Cycles render output solid black images
4
Rendering only missing frames on animation
0
Problem mixing a scene with video clips in the VSE
0
started animation render- how to stop it without losing what has been rendered so far?